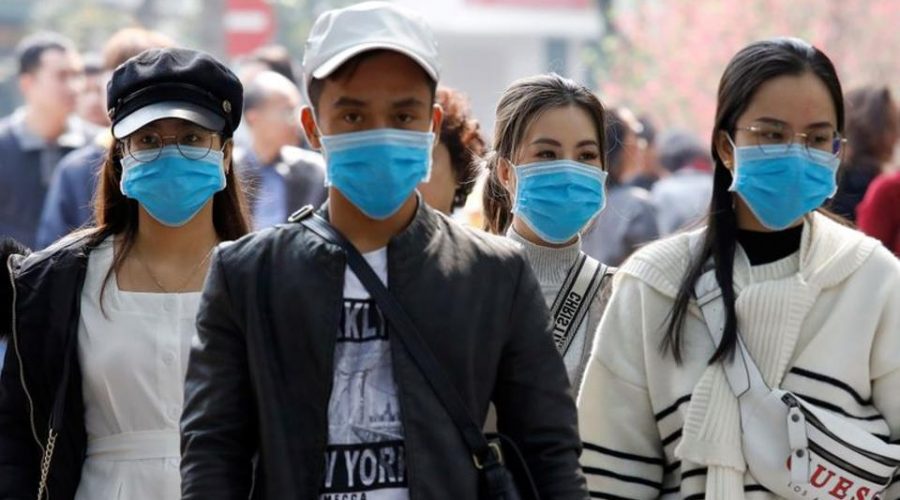 Vietnam has suspended all flights from mainland China as part of “strengthening measures” against the coronavirus outbreak, its civil aviation authority said Saturday.

The body earlier took sweeping measures to also bar flights from Hong Kong, Taiwan and Macau in a bid to slow the spread of the virus, but later backtracked.

“We have suspended flights from Vietnam to mainland China only,” Trinh Quoc Tuan, chief of staff at the Civil Aviation Administration of Vietnam (CAAV), told AFP.

Hong Kong’s civil aviation authority confirmed in a statement late Saturday that the brief flight ban on the territory had been reversed.

The suspensions apply to flights to and from mainland China to “prevent and control” new infections, the CAAV said.

It came into effect at 0600 GMT Saturday and several airports in Vietnam showed cancelled flights from Chinese cities by evening.

Vietnam is the latest country to impose extraordinary travel barriers after the virus spread to two dozen nations and killed 259 people in China where it originated in the city of Wuhan.

The United States temporarily barred entry to foreigners who had been in China within the past two weeks and Australia said it was barring entry to non-citizens arriving from China.

Italy, Singapore and Mongolia have taken similar sweeping measures, while Vietnam has suspended new tourist visas for Chinese nationals and foreigners who have travelled to China in the past two weeks.

The World Health Organization declared the coronavirus outbreak a global health emergency on Thursday but did not advise international trade or travel restrictions.

Vietnam’s announcement came after the country confirmed its sixth case of the coronavirus.

A 25-year-old hotel receptionist working in the popular coastal resort city Nha Trang contracted the SARS-like pathogen after coming into contact with a Chinese father and son — the first two confirmed cases of coronavirus in Vietnam.

Hers is the second case of human-to-human transmission in Vietnam after the Chinese father from Wuhan infected his son who had been in Vietnam for several months.

The three other cases are Vietnamese nationals who had been in Wuhan, the epicentre of the outbreak.

Vietnam has joined Thailand, China, Germany, Japan, South Korea, France and the United States as the only countries with confirmed domestic coronavirus infections.