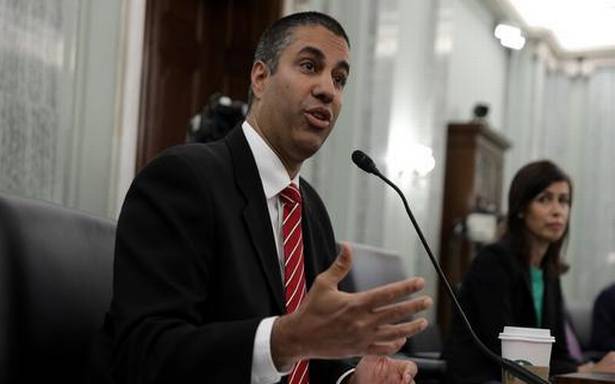 Wi-Fi 6 and 5G will complement each other nicely and form a powerful 1-2 punch of licensed and unlicensed innovation.

The US is eager to work with India to harness the benefits of the powerful 6 GHz band for Wi-Fi and towards global harmonisation of this spectrum, Ajit Pai, the top American communications regulatory official has said.

Addressing to the US-India Business Council webinar on creating alignment in the 5G Ecosystem, Mr. Pai, Chairman of the Federal Communications Commission, said, “during my visit to India in February, I had a good discussion with Indian officials about our 6 GHz efforts, so I know that India is interested in exploring the possibilities of unlicensed use in this band.

“I’m eager to work with my Indian counterparts and other leaders around the world to harness the benefits of the 6 GHz band for Wi-Fi and then work together toward global harmonisation of this spectrum, the senior Indian-American official said.

Ultimately, Wi-Fi 6 and 5G will complement each other nicely and form a powerful 1-2 punch of licensed and unlicensed innovation, he told the virtual audience.

“We saw the vitality of this special friendship on full display this past February,” he said, referring to the historic visit of the US President Donald Trump to India in February. He was part of the US delegation.

“From my bilateral visits with my counterparts in the Indian government to the state banquet at Rashtrapati Bhavan and conversations with Prime Minister (Narendra) Modi, the energy and excitement was incredible,” he said.

“The trip left me with an even deeper appreciation of the common values our countries share and an even stronger determination to help bring the world’s oldest and largest democracies even closer together,” Mr. Pai said.

Reiterating that the US and India share not only a set of common values, he said the two countries also share strategic interests.

“We are both deeply committed to harnessing the power of communications technology to promote mutual growth and prosperity for our people. And we both deeply value the importance of connecting all of our citizens. That means, in part, unlocking the power and potential of 5G technology,” he said.

Mr. Pai said that Wi-Fi 6, the next generation of Wi-Fi, has already started rolling out.

“Wi-Fi 6 will be over two-and-a-half times faster than the current standard, and it will offer better performance for connected devices. But in order to fully take advantage of the benefits of Wi-Fi 6, we need to make more mid-band spectrum available for unlicensed use,” he said.

In April, he said the commission unanimously approved his proposal to make the entire 6 GHz band available for unlicensed use.

“By doing this, we are creating a massive 1,200 megahertz testbed for innovators and innovation. This is a big deal. We’ve effectively increased the amount of mid-band spectrum available for Wi-Fi by almost a factor of five,” he said.

During the webinar, discussions around the development of product and services veered around the prowess of software professionals in India and the business opportunity for gadgets and equipment in the US.

“Massive technology expertise is available in India, and it can be turned into an advantage for new technology services in next-generation architecture, not only in 5G but also in Wi fi,” said Shekhar Ayyar, executive vice president and general manager of VMware’s Telco and Edge Cloud business unit.

Stressing the importance of spectrum available for commercial use, Rajan S Mathews, director general of Cellular Operators Association of India (COAI), India’s leading industry association of mobile service providers and telecom equipment companies said, “It’s mind-blowing that in 5G spectrum the US is talking about 100 Mhz and saying that is not enough whereas in India we are struggling with 45 Mhz.”

Mathew Oommen, president Reliance-Jio cautioned both US and India from the Chinese telecom gears.

He reiterated the point recently made by US Secretary of State Mike Pompeo about Clean Telco and clean infrastructure. “It is critical how we ensure that we don’t contaminate digital infrastructure,” he said.

“The knowledge coming from the US on 5G is very useful. India is not looking at 5G only for cellular networks. There is growing proximity between India and US, and it’s interesting to see India exporting handsets to the US and going forward we see the transfer of knowledge and expertise on network side from the US to India, it’s going to be two-way transactions in this relationship,” said Rajen Vagadia, vice president and president- Qualcomm India and SAARC.