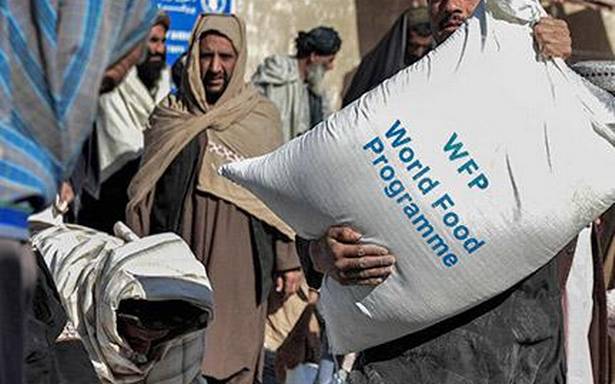 It permits a carveout in sanctions against the Taliban regime

The United Nations Security Council (UNSC) on Wednesday unanimously passed a resolution permitting a carveout in sanctions against the Taliban to facilitate the delivery of humanitarian aid to Afghanistan.

The resolution, put forward by the U.S., passed after Security Council members, including veto-wielding China and Russia, had objections to a draft version that was circulated earlier this week.

“This carveout covers urgently needed humanitarian assistance and other activities that support basic human needs in Afghanistan, such as those that primarily benefit poor or at-risk populations or otherwise relieve human suffering, including activities related to shelter and settlement assistance, food security, education, livelihoods support, energy, water, sanitation, health including COVID-related assistance, nutrition, and hygiene, among others,” said senior adviser at the U.S.’s U.N mission, Jeffrey DeLaurentis, in his ‘explanation of vote’ statement.

The resolution (2615) mandates a review of the carveout every six months. Additionally, it “strongly encourages” providers of assistance to try and ensure that benefits do not accrue to entities designated on the 1988 Sanctions List. It also requests that an Emergency Relief Coordinator brief the UNSC every six months on the delivery of assistance and any obstacles to implementation. It also “calls on all parties” to respect human rights and observe international humanitarian law

UN agency UNICEF had warned of “alarming disruptions in health and nutrition services” in Afghanistan and “a disastrous food crisis,” drought and the spread of diseases in a report published at the end of November.

“Humanitarian assistance should be based on the principles of neutrality, impartiality, and independence and disbursement to the age should be non-discriminatory and accessible to all irrespective of ethnicity, religion, or political belief. In particular, the assistance should reach the most vulnerable first, including women, children and minorities.”

He said India was willing to work with other stakeholders to quickly deliver assistance to the Afghan people. Mr. Tirumurti also mentioned Resolution 2593, which, among other things, called on the Taliban to not permit Afghanistan to become a training ground for terrorists.

China’s permanent representative to the U.N, Zhang Jun, said he was “pleased” that the final resolution had taken on board China’s views and “clarified some key issues.” He also called for the unfreezing of Afghanistan’s financial assets.

“The countries concerned cannot continue to freeze substantial Afghan overseas assets while claiming to promote humanitarian aid to Afghanistan. We once again call for the unfreezing of Afghanistan’s overseas assets as soon as possible,” Mr. Zhang said.

The U.S. and other countries had frozen more than $10 billion after the Taliban ousted the Ashraf Ghani government in August this year. The United Nations Development Program (UNDP) had released a report in November saying the country’s banking and financial report are “in disarray.”

(With inputs from Suhasini Haidar in New Delhi)