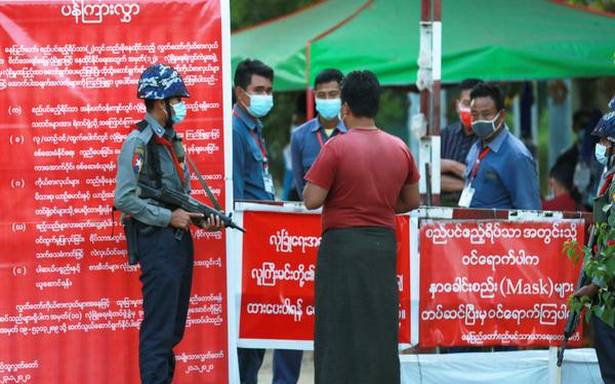 U.S. in touch with India, Japan on a daily basis

The U.S. State Department announced that it has made a determination that the military takeover in Myanmar is a coup d’état. The U.S. is in touch with allies in the region, including India, on the unfolding situation, as per a state department official.

“After a review of all the facts , we have assessed that the Burmese military actions on February 1 having deposed the duly elected head of government, constituted a military coup d’état,” a State Department official said on a briefing call with reporters.

Also read: Explainer | Why did the Myanmar military stage a coup?

The Burmese military, on Monday, detained leaders of the National League for Democracy (NLD) — which had won the November elections by a landslide. The party’s leader, Aung San Suu Kyi and the country’s president, Win Myint, were among those detained. The U.S. has called for their release, “ immediately and unconditionally.”

U.S. officials have also been in “frequent” contact with “like-minded allies and partners in the region,” another official told reporters on Tuesday’s phone call.

With regard to India and Japan, the official said, “We’re having daily on-going conversations with them and we certainly appreciate that some other countries have better contacts with the Burmese military than we do, so we’re continue those conversations.”

U.S. officials have not been in touch with members of the (now deposed) ruling NLD party or Ms. Suu Kyi, reporters were told.

Due to the coup determination, the U.S. will stop some types of assistance to Myanmar and will review the U.S. sanctions posture against Burmese military officials and companies associated with them.

U.S. President Joe Biden had said on Monday that the U.S. had removed sanctions on Burma as it moved towards democracy over the past decade but now those would be reviewed, “followed by appropriate action.”