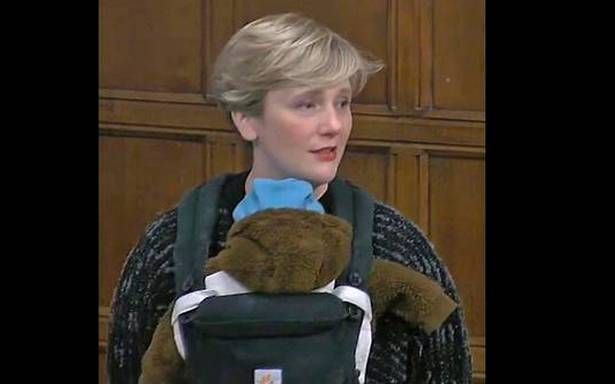 The Speaker of the House of Commons on November 24 announced a review of the rules around babies being allowed into the Parliament chamber after a parliamentarian complained she was banned from carrying her three-month-old into the House.

Opposition Labour Party’s Stella Creasy was informed it was against the rules to bring a child to a debate at Westminster Hall within the Parliament complex after doing so on November 23.

Speaker Sir Lindsay Hoyle asked the Commons Procedure Committee to look into the matter as he noted that it was "extremely important" for parents to be able to participate fully in the work of Parliament, which also has a nursery on the premises.

“Rules have to be seen in context and they change with the times," he said in the House of Commons.

“This House has to be able to function professionally and without disturbance. However, sometimes there may be occasions when the chair can exercise discretion assuming the business is not to be disturbed,” Mr. Hoyle said.

Ms. Creasy, who took to Twitter after receiving an email informing her about the rule, has received the backing of British Prime Minister Boris Johnson on the matter.

“We completely understand the difficulties faced by MPs who are new mothers, new fathers or adopted parents and parliament has made some positive changes to becoming more family friendly in recent years, including on proxy voting,” a Downing Street spokesperson for Mr. Johnson said.

“We want to make sure that all work places are modern, flexible and fit for parents. This is obviously a matter for the House. I know they have issued a statement on that today, but we very much do want to see further improvements,” the spokesperson said.

Ms. Creasy told the BBC she had regularly taken her son – who she is breastfeeding – and before him, her daughter, into the Commons chamber.

But after appearing with her son at the adjoining Westminster Hall on November 23, she received an email from the Private Secretary to the Chairman of the Ways and Means Committee, Dame Eleanor Laing, which said this was not in line with recently published rules on "behaviour and courtesies".

The rules, which were issued by the Speaker and deputy speakers and apply to the chamber of the House of Commons and Westminster Hall, was updated in September.

It reads: "You should not take your seat in the chamber when accompanied by your child, nor stand at either end of the Chamber, between divisions." Ms. Creasy has been backed by other female parliamentarians who say that the system does not work for women in politics.

11/25/2021 World Comments Off on U.K. Parliament reviews rules for babies being allowed in chamber
India