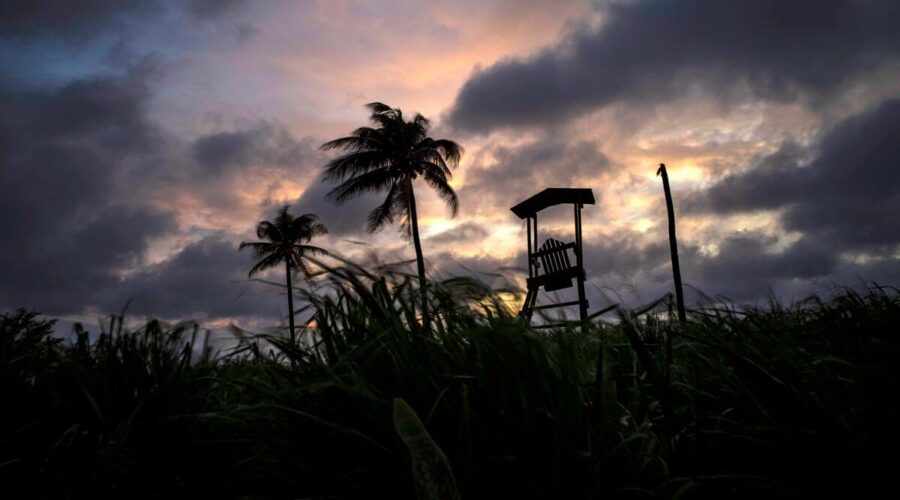 After landfall, the storm is forecast to move north-northeastward across the southeast of the United States through Thursday, dropping 2 to 4 inches (5 to 10 cm) of rain across the Florida peninsula. 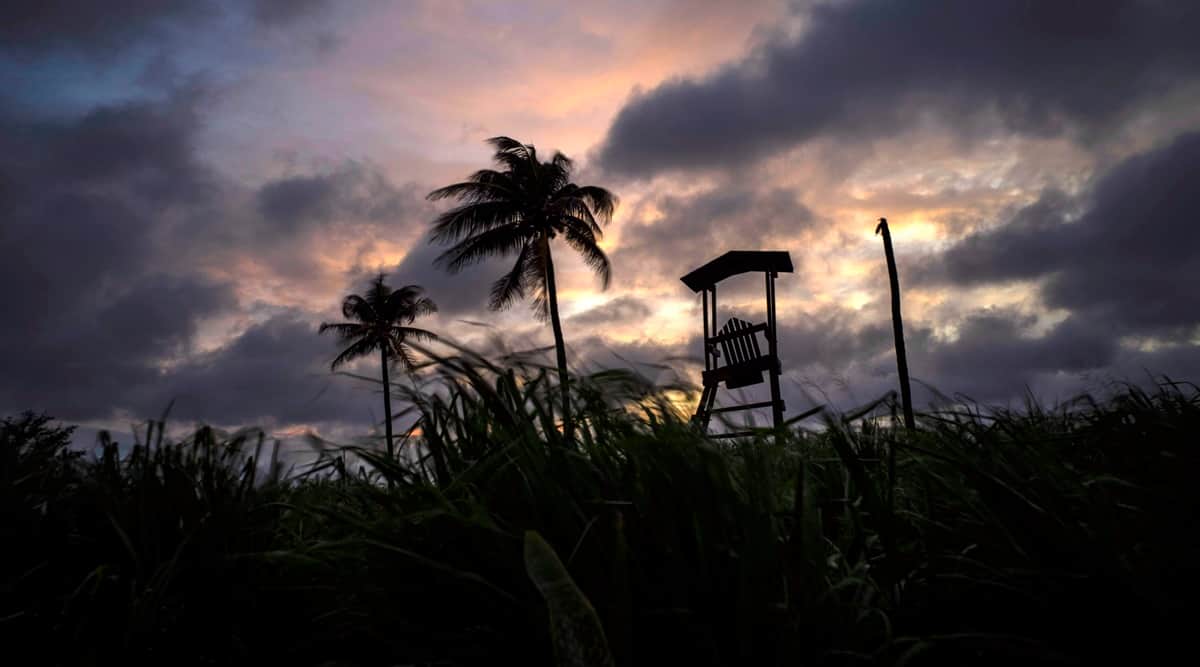 Tropical Storm Elsa strengthened into a Category 1 hurricane on Tuesday, hours before an expected landfall on Florida’s northern Gulf Coast, the US National Hurricane Center said. The center of Elsa was about 100 miles (165 km) south-southwest of Tampa, Florida, and was moving north at around 9 miles per hour (15 km per hour), with maximum sustained winds of 75 mph (120 kph), the NHC said in an 8 p.m. ET (0000 GMT on Wednesday) advisory.

A hurricane watch was in effect from Egmont Key, in the Tampa Bay region, to the Steinhatchee River some 180 miles north along the Gulf Coast, with Elsa due to make landfall on Wednesday morning. Florida Governor Ron DeSantis said the storm was expected to come ashore between 8 a.m. and 9 a.m. ET (1200 and 1300 GMT) around the Tampa Bay area.

The sky was gray but conditions dry on Tuesday afternoon in Venice Beach, about 70 miles south of Tampa.

Michelle and Amador Diaz were there from Albuquerque to celebrate their 32nd wedding anniversary and were enjoying a walk along the beach. “We’re not scared of the storm,” Amador Diaz said. “I’d rather have this than the sun out.”

After landfall, the storm is forecast to move north-northeastward across the southeast of the United States through Thursday, dropping 2 to 4 inches (5 to 10 cm) of rain across the Florida peninsula.

Tornadoes were possible on Tuesday across Florida and on Wednesday in north Florida, southeast Georgia and the low country of South Carolina, the NHC said.

Strong winds and rain slammed Key West on Tuesday morning and caused the streets to flood as the storm passed by offshore.

The storm threatens to impede the search and rescue effort at the site of the condominium building collapse in Surfside, near Miami, where crews have been sifting through rubble for 12 days in hopes of finding survivors. As of Tuesday, 36 people were confirmed dead and 109 were still missing, Miami-Dade Mayor Daniella Levine Cava said.

Farther south, Cubans breathed a sigh of relief as Elsa appeared to have caused little damage, while actually helping to replenish water reservoirs.

The capital city of Havana awoke to overcast skies after a rainy night but no major flooding or damage on Tuesday. Cubans returned to the streets after authorities lifted a tropical storm warning, although heavy rains were set to continue in parts of the country.

“It’s good that Elsa did not cause major damage because we have a really complicated situation here with the coronavirus and now the hurricanes,” said Susana Perez, 68, a retired teacher, queuing up to buy oil amid widespread shortages of goods in Cuba.

Last week Elsa, which briefly strengthened into the first hurricane of the season, caused at least three deaths and damage to infrastructure and agriculture in Caribbean island nations east of Cuba.

Preliminary damage estimates were at more than $12 million in St Lucia and $5.3 million in Jamaica, according to government officials.