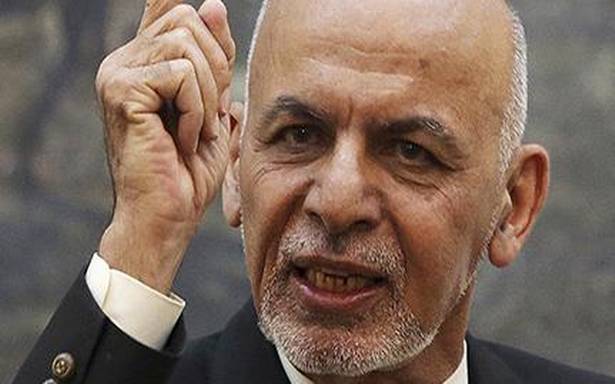 The Afghan peace initiative has been moving at a snail’s pace due to refusal of the Taliban to sit for talks with the Afghan government officials.

A high-level Afghan delegation led by national security adviser has held talks with top civilian and military officers in Pakistan, dicussing security issues, peace process with Taliban and also to prepare the ground for a possible visit of President Ashraf Ghani next month.

Hamdullah Mohib — who led a high-powered delegation that included the Afghan interior minister — was the first senior Afghan official to have travelled to Islamabad in months.

The crucial talks with Pakistani authorities, including Army chief Qamar Javed Bajwa, were part of the latest push by the two neighbours to remove irritants in their bilateral ties that have undermined efforts for a peace deal in Afghanistan, officials said on Wednesday.

“Matters related to mutual interest, peace and stability in the region, Pak-Afghan border management and prospects for peace with particular emphasis on reconciliation process in Afghanistan were discussed,” the Inter-Services Public Relations (ISPR) said in a statement.

Diplomatic sources said that Mr. Ghani was likely to visit Pakistan next month for which he was invited by Prime Minister Imran Khan when the Afghan leader talked over phone with him last month.

Mohib mission was to hold initial talks on key issues to see if progress was possible during visit of President Ghani.

Pakistan’s role is considered as a key to bring peace in Afghanistan.

The Afghan peace initiative has been moving at a snail’s pace due to refusal of the Taliban to sit for talks with the Afghan government officials.

Taliban leader Mullah Abdul Ghani Baradar is the co-founder of the Taliban movement with Mullah Omar who remained a synonym for the Taliban until his death was disclosed in 2015. Mullah Baradar was arrested in 2010 in joint ISI-CIA operation from Karachi but released by Pakistan last year to help jumpstart the peace process.

But there are many irritants undermining such efforts, including the trust deficit between Pakistan and Afghanistan.

Kabul is still wary of Islamabad’s role in the peace process. Pakistan, on the other hand, has its own list of grievances, including Afghanistan’s patronage of certain militant groups that often launch attacks from across the border.

A senior official said the Afghan NSA’s visit was meant to discuss all such issues. The official said Pakistan was trying to improve ties with Afghanistan and the visit of President Ghani could help achieve that goal.

The Taliban are currently holding talks with the US but have so far refused to sit across the table with the Kabul administration. They are in discussion to end more than a 17-year long bloody war in Afghanistan.

The Taliban control nearly half of Afghanistan, and are more powerful than at any time since the 2001 US-led invasion after the 9/11 terror attacks in 2001.