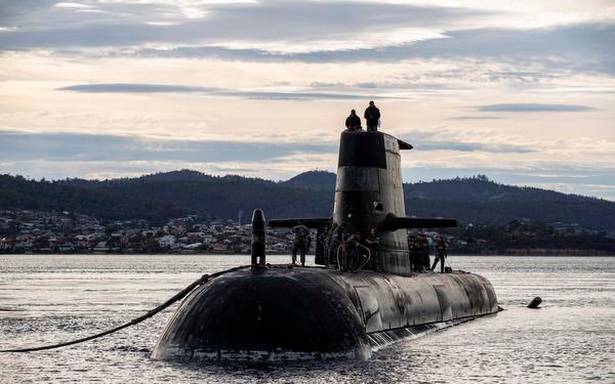 What have world powers pledged on nuclear weapons? Has the NPT been successful to stop the arms race between countries?

The story so far: On Monday (January 3), five global nuclear powers, China, Russia, U.S., U.K., and France, pledged to prevent atomic weapons from spreading and avoid nuclear conflict. The joint statement was issued after the latest review of the Nuclear Non-Proliferation Treaty (NPT), which first came into force in 1970, was postponed from its scheduled date of January 4 to later in the year due to the COVID-19 pandemic.

What has been the goal of the NPT?

Cessation of the nuclear arms race and working towards not just more peaceful uses of nuclear energy but also towards complete nuclear disarmament have been the primary goals of NPT. While this may seem easy on paper, it has been anything but. While the ‘what’ and ‘why’ are fairly straightforward aspects of the treaty, the ‘how’ is where the real challenge lies.

Nuclear competition among major powers could encourage states without nuclear weapons to acquire their own. An ideal way to solve this would be for all nuclear states to abandon their nuclear stockpile. This certainly hasn’t been the case. A more practical solution, which for the longest time did work, but now seems to be waning, is to go for nuclear deterrence among large powers and provide a nuclear umbrella to non-nuclear states.

The hegemonic rise of China and its debt trapping tactics in order to gain access to the other country’s key infrastructure projects has led other countries within China’s immediate sphere of geographical influence to wonder if they need to acquire or develop strategic capabilities to safeguard their security.

The current situation with regard to Ukraine and Russia doesn’t seem to paint a pretty picture either.

Australia, through AUKUS, seems to be on a path to acquire nuclear capabilities for its naval fleet, in a bid to counter China. While this may seem like an effective counter to China’s belligerence in the Indo-Pacific, the ramifications could be severe as it sets a terrible precedent.

What are the other treaties and agreements on nuclear bans?

The NPT is joined by the Partial Test Ban Treaty (PTBT), the Strategic Arms Limitation Treaty (SALT I), which had the Interim Agreement and Protocol on Limitation of Strategic Offensive Weapons Offensive Arms, the Strategic Arms Limitation Treaty (SALT II), the Strategic Arms Reduction Treaties (I and II), the Comprehensive Nuclear Test Ban Treaty (CTBT), and the Treaty on the Prohibition of Nuclear Weapons (TPNW) among others. There’s clearly no dearth of treaties and agreements, and yet the situation hasn’t improved considerably. Outside of the P5 (China, France, Russia, the U.K. and the U.S.), India and Pakistan are known to possess nuclear weaponry, while Israel is strongly suspected of possessing it. North Korea has a nuclear weapons programme but its actual possession of nuclear weapons is debated. It has, in recent times, conducted multiple missile tests, to showcase its supposed capabilities. It has a total of seven major types of long-range missiles (Nodong, Pukguksong-3, Pukguksong-2, Musudan, the Hwasong-12, Hwasong-14, Hwasong-15) ranging from a limit of 1,500 km to 13,000 km.

What do the numbers tell us?

The optics within P5, while looking promising on paper, paint a different picture in reality. China’s current stockpile stands at around 350, France’s at around 290, Russia’s at around 6,257, the U.K.’s at around 225, the U.S.’s at around 5,600. While the difference between U.S.’s and Russia’s may look considerable, the operational stockpile of Russia is about 1,600 and for the U.S. it is about 1,650. Outside the P5, Pakistan possesses about 165, India possesses about 160, and Israel and North Korea either possess or have enough fissile material to build approximately 90 and approximately 45 weapons respectively. The world’s stockpile peaked during the 1980s and started to reduce considerably up until 2005. Since then, most of the reduction has come from the dismemberment of the retired stockpile. Development in technologies also means that the world keeps seeing new ways to deploy these nuclear weapons which is another worrying trend.

With Australia already on the road to acquire nuclear capabilities, it stands to reason that other nations would work towards developing or acquiring nuclear weapons. This could, in principle, also re-ignite another arms race. The P5’s joint statement, ‘Preventing Nuclear War and Avoiding Arms Races’, affirms to non-offensive uses of nuclear weapons and committing to the NPT agreement but the wording of this statement and previous statements on arms reduction could be understood in a different light as well—to use nuclear weapons against conventional weapons if the nation feels its security to be threatened so as to merit the use of nuclear weaponry. The chequered history of nuclear weapons gives the impression that the NPT has not been entirely successful—but it hasn’t been an abject failure either.

The impetus is on the major powers to stay on the path which the NPT has paved (even if a winding one) and signal commitment through its actions towards putting an end to the arms race and hopefully complete disarmament.

Rishabh Kachroo is a Ph.D scholar at the department of International Relations and Governance Studies at Shiv Nadar University