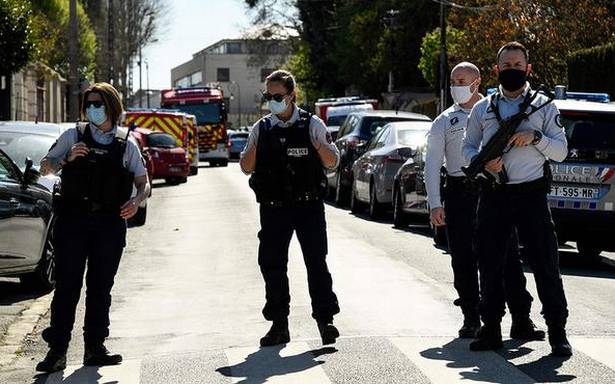 French prosectors opened a terror probe on Friday after a woman working for the police was stabbed to death at a police station southwest of Paris by a Tunisian man who was then shot dead by the security forces.

The attack at the station in Rambouillet, a well-heeled usually peaceful commuter town about 60 km from Paris, revived the trauma of a spate of deadly attacks last year in France blamed on Islamist radicals.

France’s anti-terrorism prosecutor Jean-Francois Ricard, whose office is leading the investigation, said the attacker shouted “Allahu Akbar” (God is Greatest) during the attack, and that “comments” indicated a terror motive by the suspect.

The attack took place in the secure entrance area of the station at around 2:20 p.m., a police source added, asking not to be named.

The 49-year-old woman, an administrative assistant who was returning from a lunch break, was stabbed in the throat twice and died of her wounds shortly afterwards, the source said.

The attacker was fatally wounded when an officer opened fire on him. The murdered woman was the mother of two children aged 13 and 18.

Prime Minister Jean Castex, who arrived at the scene, denounced on Twitter a “barbaric act of boundless cruelty” against “a hero of daily life.” “I want to tell the police I share their emotion and their outrage”.