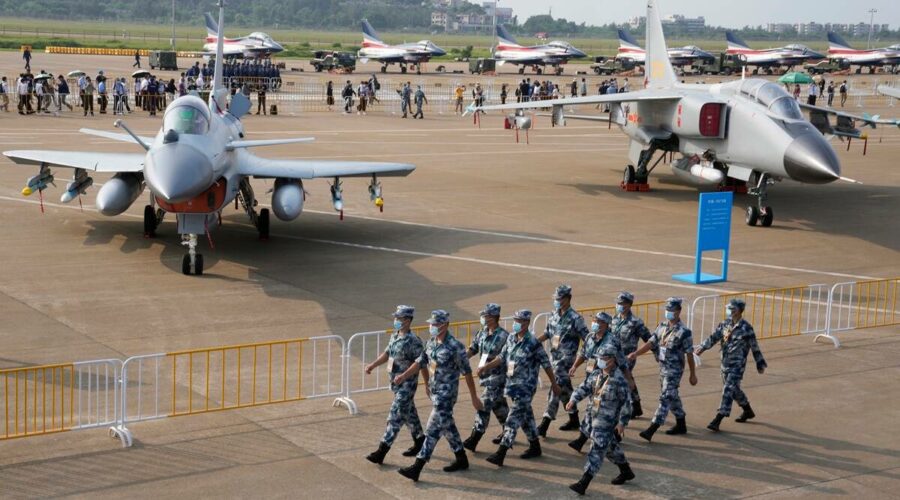 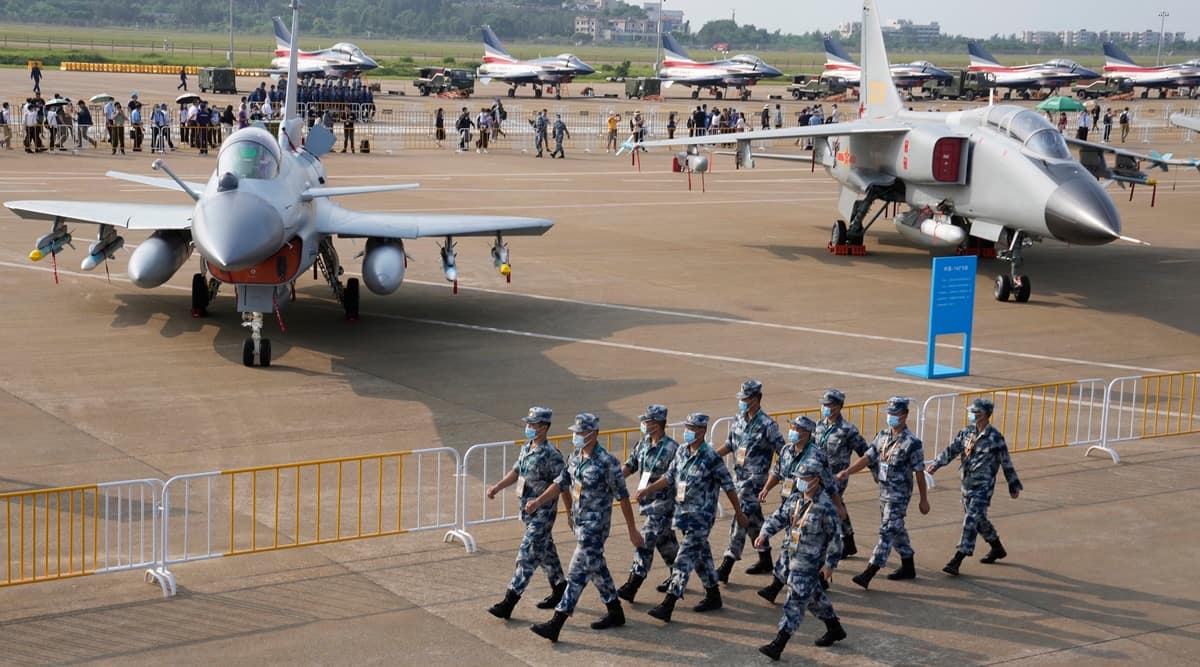 With record numbers of military flights near Taiwan over the last week, China has been showing a new intensity and military sophistication as it steps up its harassment of the island it claims as its own and asserts its territorial ambitions in the region.

China’s People’s Liberation Army flew 56 planes off the southwest coast of Taiwan on Monday, setting a new record and capping four days of sustained pressure involving 149 flights. All were in international airspace, but prompted Taiwanese defense forces to scramble in response and raised fears that any misstep could provoke an unintended escalation.

The sorties came as China, with growing diplomatic and military power, faces greater pushback from countries in the region and an increasing naval presence from the United States and other Western democracies in Asia as Taiwan pleads for more global support and recognition.

The US called China’s latest actions “risky” and “destabilizing,” while China responded that the US selling weapons to Taiwan and its ships navigating the Taiwan Strait were provocative. At the same time as the flights, the US stepped up naval maneuvers in the Indo-Pacific with its allies, challenging Beijing’s territorial claims in critical waterways.

Taiwanese Defense Minister Chiu Kuo-cheng told legislators Wednesday that the situation “is the most severe in the 40 years since I’ve enlisted.”

While most agree that war is not imminent, Taiwanese President Tsai Ing-wen warned that more is at stake if Beijing makes good on past threats to seize the island by force if necessary.

“If Taiwan were to fall, the consequences would be catastrophic for regional peace and the democratic alliance system,” she wrote in an impassioned op-ed in Foreign Affairs magazine published Tuesday. “It would signal that in today’s global contest of values, authoritarianism has the upper hand over democracy.” 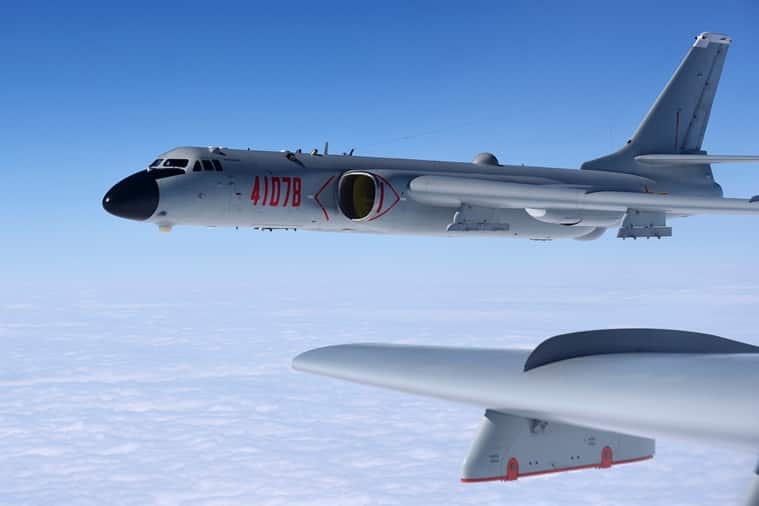 China regularly flies military aircraft into Taiwan’s “air defense identification zone,” international airspace that Taiwan counts as a buffer in its defense strategy, although previous flights have usually involved a handful of planes at most.

Perhaps more significant than the number of planes was the constitution of the group, with fighters, bombers and airborne early warning aircraft, said Euan Graham, a defense analyst with the International Institute for Strategic Studies in Singapore.

“That’s the level of sophistication — it looks like a strike package, and that’s part of the step up in pressure,” he said. “This is not a couple of fighters coming close and then going straight back after putting one wing across the median; this is a much more purposeful maneuver.”

Controlling Taiwan and its airspace is key to China’s military strategy, with the area where the most recent sorties took place also leading to the west Pacific and the South China Sea.

The latest maneuvers bring the total number of flights to more than 815 as of Monday since the Taiwanese government started publicly releasing the numbers a little more than a year ago.

China has been rapidly improving and strengthening its military, and the most recent flights demonstrate a greater level of technical expertise and power, said Chen-Yi Tu, a researcher at the Institute for National Defense and Security Research in Taiwan.

It’s a marked contrast from 20, 30 years ago, when Chinese forces couldn’t refuel in the air, or fly across the water, said Oriana Skylar Mastro, a fellow at Freeman Spogli Institute for International Studies at Stanford University and non-resident senior fellow at the American Enterprise Institute in Washington, DC

“I think China is trying to remind the US and Taiwan that this is not then, that they have options,” she said. “They can do what they want, that they won’t be deterred.”

At the same time, many democracies have been increasingly vocal in their support of Taiwan and have stepped up naval operations in the area.

As China was conducting its most recent flights, 17 ships from six navies — the US, Britain, Japan, Netherlands, Canada and New Zealand — including three aircraft carriers and a Japanese helicopter carrier — carried out joint maneuvers off the Japanese island of Okinawa, northeast of Taiwan, meant to show their commitment to a “free and open Indo-Pacific.”

A few days earlier, the British frigate HMS Richmond transited through the Taiwan Strait, announcing its presence on Twitter and angering China, which condemned the move as a “meaningless display of presence with an insidious intention.”

The international actions are an attempt to counter China’s frequent claim that its own actions are in response to American moves, and demonstrate that democracies intend to defend established maritime laws and norms, Graham said.

“When the U.K. sends a ship through the Taiwan Strait for the first time since 2008 and it sailed down the median line, the point that it’s making is that they know China knows where that line is,” he said. “In order for the status quo to be meaningful, it has to be upheld and the most emphatic way to do that is to physically demonstrate with a government asset like a warship.”

Australia, which also spoke out against China’s recent flights, last month announced a deal with the US and Britain to obtain nuclear-powered submarines, which was seen as a strong statement it planned to play a greater role.

And Japan, which has long been cautious with its relations with China, a key trading partner, now considers the country a security threat amid Beijing’s increasingly assertive activity in the regional seas and around the Taiwan Strait. New Japanese Prime Minister Fumio Kishida said dialogue with China is important but Japan should also team up with like-minded democracies and step up its security alliance with the US and other partners while Tokyo also strengthens its defense capabilities.

“We are seeing a slow emergence of some sort of coalition of democracies in the region that are trying to come together to build some sort of mechanism to respond to Chinese behavior in the region,” said J. Michael Cole, a Taipei-based senior fellow with Global Taiwan Institute in Washington, DC

Under longstanding policy, the United States provides political and military support for Taiwan, but does not explicitly promise to defend it from a Chinese attack.

Still, as the US increases its military activities in the Indo-Pacific region, the Chinese response has been to increase its own, said Yue Gang, a retired Chinese army colonel and Beijing-based military commentator.

“The Biden administration has been increasing military deterrence against China, not only by dispatching many warships and warplanes, but also showcasing its allies,” he said. “One of the possibilities is that the mainland hopes to send a signal it will not be misjudged as weak.”

The Chinese flights into the Taiwanese defense buffer zone have forced Taiwan to scramble its own aircraft and anti-aircraft missile batteries, wearing down their readiness and reducing their capabilities, Yue said.

“Every time a warplane takes off, the engine life is reduced to some extent,” he said.

In addition to keeping Taiwan on edge, the sorties also help the Chinese pilots keep their edge, and could eventually help give them an element of surprise “if the scenario is to eventually use hard power to resolve their unification claim over Taiwan,” Graham said.

For the moment, however, most agree that is not the immediate goal.

“It’s more signaling and psychological warfare and a warning to the US to not be so close to Taiwan,” Mastro said.