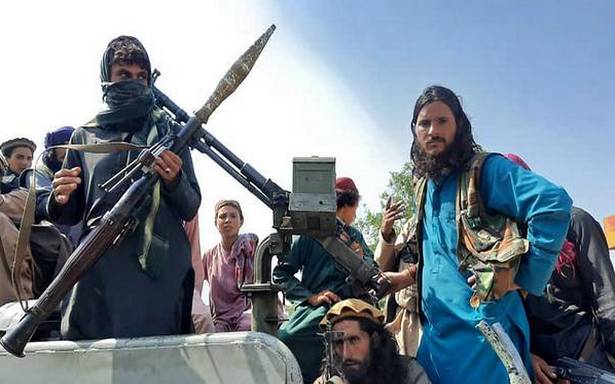 Suhail Shaheen added that the militant Islamist group would protect the rights of women, as well as freedoms for media workers and diplomats.

The Taliban expects a peaceful transition of power in the next few days, a spokesman said on Sunday, as the insurgents reached Afghanistan’s capital Kabul with little resistance.

Suhail Shaheen added that the militant Islamist group would protect the rights of women, as well as freedoms for media workers and diplomats.

“We assure the people, particularly in the city of Kabul,that their properties, their lives are safe,” the spokesman said in an interview with the BBC.

“Our leadership had instructed our forces to remain at the gates of Kabul, not to enter the city.

“We are awaiting a peaceful transfer of power,” he said adding the Taliban expected that to happen in a matter of days.

Taliban insurgents took control of the key eastern Afghanistan city of Jalalabad without a fight, leaving the territory controlled by the crumbling government to little more than the capital Kabul.

The United States was sending more troops to the encircled capital to help evacuate its civilians after the Taliban’s lightning advances brought the Islamist group to the door of Kabul in a matter of days. Just last week, a U.S. intelligence estimate said Kabul could hold out for at least three months.

The fall of Jalalabad has also given the Taliban control of a road leading to the Pakistan city of Peshawar, one of the main highways into landlocked Afghanistan.

It followed the Taliban’s seizure of the northern city of Mazar-i-Sharif late on Saturday, also with little fighting.

“There are no clashes taking place right now in Jalalabad because the governor has surrendered to the Taliban,” a Jalalabad-based Afghan official told Reuters. “Allowing passage to the Taliban was the only way to save civilian lives.”

A second security official in the city said the Taliban had agreed to give safe passage to government officials and security forces while they leave Jalalabad.

The decision to surrender was taken to avoid “casualties and destruction”, the person added.