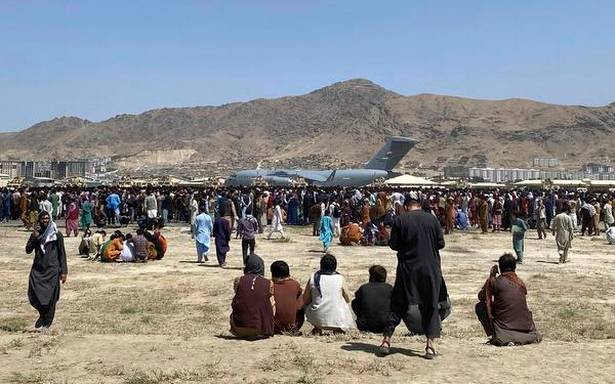 The Taliban, on Tuesday, announced an “amnesty” across Afghanistan and urged women to join its government, trying to calm nerves across a nervous capital city.

The comments by Enamullah Samangani, a member of the Taliban’s Cultural Commission, represent the first comments on governance from a federal level, after their blitz across the country.

While there were no major reports of abuses or fighting in Kabul, many residents have stayed home and remain fearful after the insurgents’ takeover saw prisons emptied and armouries looted.

“The Islamic Emirate doesn’t want women to be victims” Samangani said, using the militants’ term for Afghanistan. “They should be in government structure according to Shariah law.” He added, “The structure of government is not fully clear, but based on experience, there should be a fully Islamic leadership and all sides should join.”

Talks appeared to be continuing between the Taliban and several Afghan government officials, including former President Hamid Karzai and Abdullah Abdullah, who once headed the country’s negotiating council. President Ashraf Ghani earlier fled the country amid the Taliban advance and his whereabouts remain unknown.

An official with direct knowledge of the talks said that senior Taliban leader, Amir Khan Muttaqi, had arrived in Kabul from Qatar. Muttaqi is a former higher education minister during the Taliban’s last rule. Muttaqi had begun making contact with Afghan political leaders even before Mr. Ghani fled.