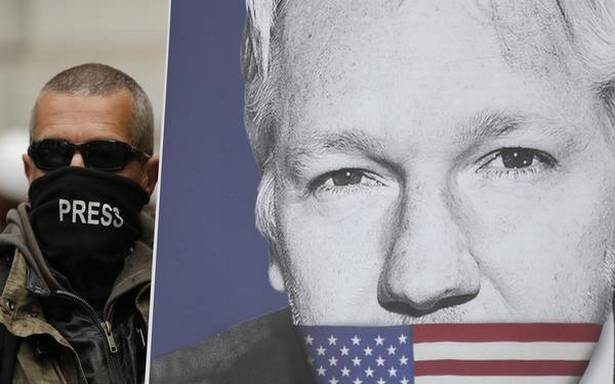 A Swedish court on Monday rejected a request to detain whistleblower Julian Assange over a 2010 rape case, complicating the prosecutor’s efforts to request his transfer from Britain.

The court said it shared the prosecutor’s opinion that Mr. Assange was suspected of rape and “that there is a risk that [he] will fail to appear or in some other way avoid participation in the investigation”.

But it ruled in favour of Mr. Assange’s lawyer and said a detention order was not “proportionate,” given that he is imprisoned in Britain and the prosecution could therefore proceed with the investigation in other ways.

Swedish deputy director of public prosecutions Eva-Marie Persson had asked the court to order Mr. Assange’s detention in his absence, a standard part of Swedish legal procedure if a suspect is outside the country.