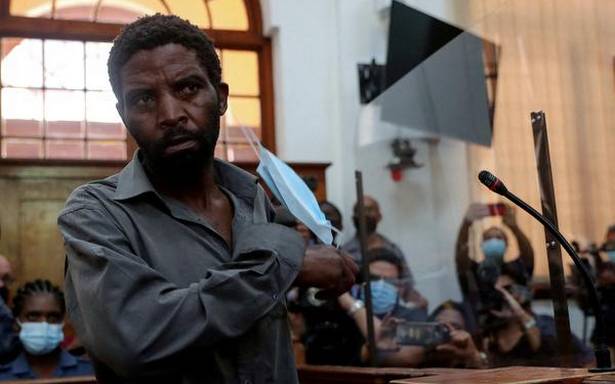 The man suspected of starting the fire that gutted South Africa’s parliament buildings appeared in court Tuesday and will remain in custody pending a bail hearing.

Mr Mafe’s lawyer said he denies the charges. Mr Mafe was arrested on the premises of the Parliament complex by police after they noticed the fire Sunday morning.

The Parliament complex in the center of Cape Town includes some buildings that are 130 years old.

Police haven’t ruled out the possibility of more arrests, said Nomthandazo Mbambo, spokesman for the Hawks special investigative unit of the police.

“We’re going to be conducting a full investigation and we think there may be other people involved but at this stage, the focus is on this one until the investigation can dictate otherwise,” Mbabmbo told media outside the courtroom.

The fire destroyed South Africa’s main Parliament chamber, offices and other buildings nearby on Sunday. It flared up again Monday when winds picked up and burned through other offices. Firefighters battled the renewed blaze until midnight, officials said.

Parliament was closed for the holidays and no injuries have been reported in the fire.