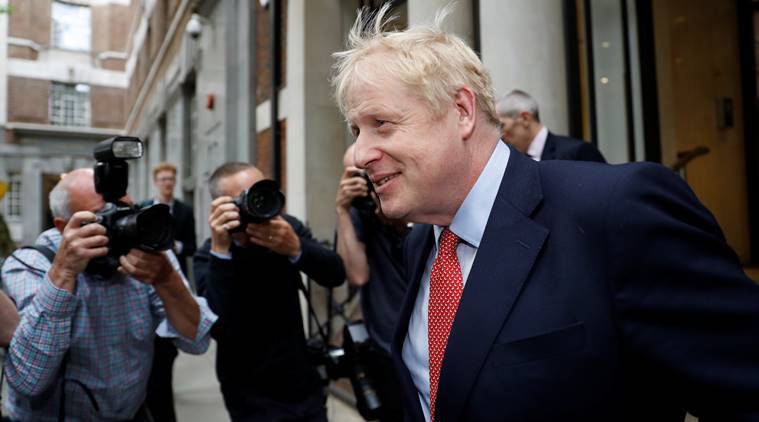 The former London mayor won the contest to succeed Theresa May on Tuesday by securing the leadership of the Conservative Party in a campaign that put the United Kingdom on course for a showdown with the European Union. Taking over as Britain’s prime minister on Wednesday, Boris Johnson is expected unveil a more diverse top team in a government to be tasked with delivering Brexit by the end of October, with or without a deal.

The former London mayor won the contest to succeed Theresa May on Tuesday by securing the leadership of the Conservative Party in a campaign that put the United Kingdom on course for a showdown with the European Union.

Johnson’s cabinet choices will help to flesh out how he intends to manage the world’s fifth-largest economy and its divorce from the EU at one of the most fateful moments in its modern history.

“Boris will build a cabinet showcasing all the talents within the party that truly reflect modern Britain,” a source close to Johnson said.

May will leave Downing Street later on Wednesday to hand in her resignation to Queen Elizabeth, who will formally appoint Johnson.

With the pound stuck near two-year lows against the U.S. dollar due to rising concerns about a “no-deal” Brexit, investors are braced to see who will be handed the top roles such as finance minister, foreign secretary and Brexit minister.

A record number of ethnic minority politicians are expected to serve as ministers including Priti Patel, the former aid minister who resigned in 2017 over undisclosed meetings with Israeli officials, and employment minister Alok Sharma. More women are also expected to serve as full cabinet members.

Interior minister Sajid Javid is widely tipped to stay in a top job and was spotted by British media flanking Johnson as he arrived before lawmakers following his victory.

Two junior ministers have already quit over Johnson’s plans, and finance minister Philip Hammond and justice minister David Gauke have both said they plan to resign before they are sacked.

In one of his first appointments before moving into Downing Street, Johnson poached senior Sky boss Andrew Griffith as his business adviser, tasked with repairing relations with the corporate sector ahead of Brexit.

Britain will be now led by a flamboyant figure known for his ambition, untidy blond hair, flowery oratory and fragile command of policy detail.

The 2016 referendum showed a United Kingdom split over much more than the EU, and fuelled soul-searching about everything from regional secession and immigration to capitalism, the legacy of empire and what Britishness means in the modern world.

Johnson has pledged to negotiate a new divorce deal with the EU to secure a smooth transition. But if the bloc continues to refuse to renegotiate, he has promised to leave anyway – “do or die” – on the current agreed date of Oct. 31 – Halloween.

Many investors and economists say that such an abrupt step would rattle global markets and push the world’s fifth largest economy into recession or even chaos.