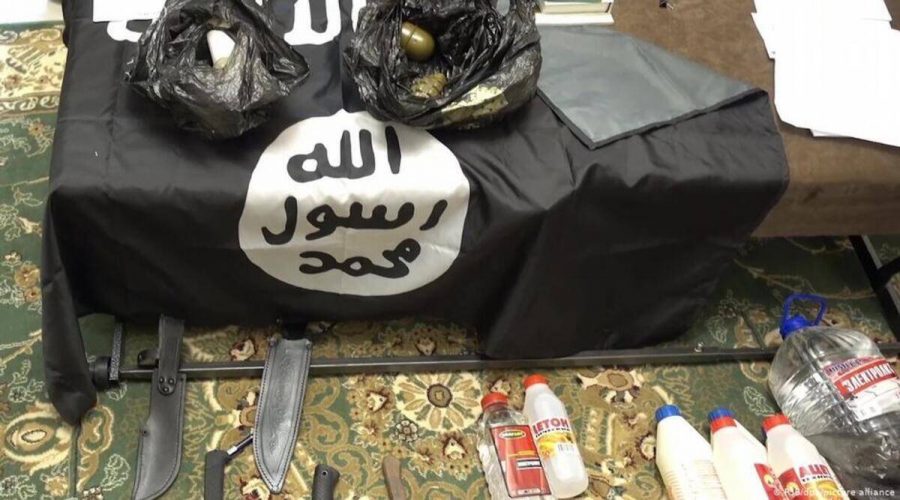 The Kremlin's security service says it thwarted a plot to carry out an attack in the country's southern republic of Dagestan. The FSB found "weapons, a large amount of ammunition and an explosive device." Russia’s Federal Security Service (FSB) said Saturday it had prevented an attack by a terrorist group with links to the Islamic State (IS) armed group.

The FSB said it had arrested four people who were set to carry out the offensive in the troubled southern republic of Dagestan.

“Members of the group planned to detonate an explosive close to an administrative building belonging to security services, followed by an armed attack against interior ministry employees in the city of Makhachkala,” the FSB said in a statement.

As well as arresting four “members of the international IS terrorist group”, investigators found “firearms and bladed weapons, a large amount of ammunition and an explosive device”, the FSB statement continued.

Russia’s territories in the region between the Black and Caspian Seas have been disputed for centuries.

The most recent conflict in Chechnya occurred over two wars in the 1990s and 2000s.

With the Soviet Union disintegrating, Chechen separatists declared independence. War broke out in 1994 and after two years of fighting Russian forces withdrew from the region.

Fighting resumed less than three years later resulting in a large number of casualties on both sides. Grozny was largely destroyed and the Russian military established control over the city in the spring of 2000, officially ending the war, with insurgency and hostilities continuing to varying degrees ever since.

The region has become increasingly Islamist in character in recent years. Though its influence remains limited, IS does carry out sporadic attacks against the authorities in Chechnya, Dagestan and neighboring Ingushetia.