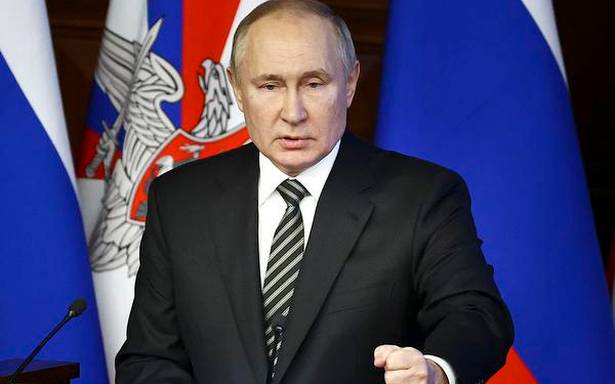 Russia has blocked the website of a prominent human rights monitor tracking political persecution, the group said on Saturday, as authorities press ahead with an unprecedented crackdown on dissent.

The move against the monitor is the latest in a year that has seen Russia’s Opposition dismantled and scores of independent media and rights organisations branded as “foreign agents” or banned outright.

“At the moment, we have not received a notice and do not know the reason for being blocked,” the group tweeted.

A Roskomnadzor registry of blocked websites showed that a Moscow region court had issued a ruling dated December 20 to “limit” access to the site.

The website was not accessible by AFP journalists in Russia on Saturday.

OVD-Info, which was founded a decade ago during the first mass protests against President Vladimir Putin’s rule in December 2011, had been labelled a “foreign agent” in September.

Carrying negative Stalin-era connotations, entities or individuals identified as “foreign agents” must accompany all their texts, videos and social media posts with a disclaimer.

The label is a deterrent for advertisers and makes it difficult for organisations and journalists to carry out their work.

OVD-Info, which led a campaign against the legislation, denounced the move as “an act of political pressure.”

The “foreign agent” label has been used in particular against journalists, with the justice ministry’s list of individuals and news outlets ballooning from 17 at the start of the year to 103 as of Saturday.

Critics point to a decision by Putin’s top domestic opponent Alexei Navalny to return to Russia in January as triggering the historic clampdown.

The 45-year-old Opposition leader had been in Germany recovering from a near-fatal poisoning attack he blames on Putin — a claim the Kremlin has repeatedly denied.

Mr. Navalny was jailed soon after his return on old fraud charges and has since seen his organisations banned as “extremist” and all of his top allies flee the country.

Asked about the crackdown on Thursday, Mr. Putin said that it was aimed at curbing foreign influence.

“I remind you of what our adversaries have been saying for centuries: Russia cannot be defeated, it can only be destroyed from within,” he told a press conference.

He added that it was domestic dissent that brought about the collapse of the Soviet Union 30 years ago this month.

Also this month, Russia’s Supreme Court is considering whether to shut top rights group Memorial, which works with OVD-Info.

Prosecutors accuse the rights group of breaching “foreign agent” legislation and justifying terrorism by releasing lists of political prisoners that include banned figures like Mr. Navalny.