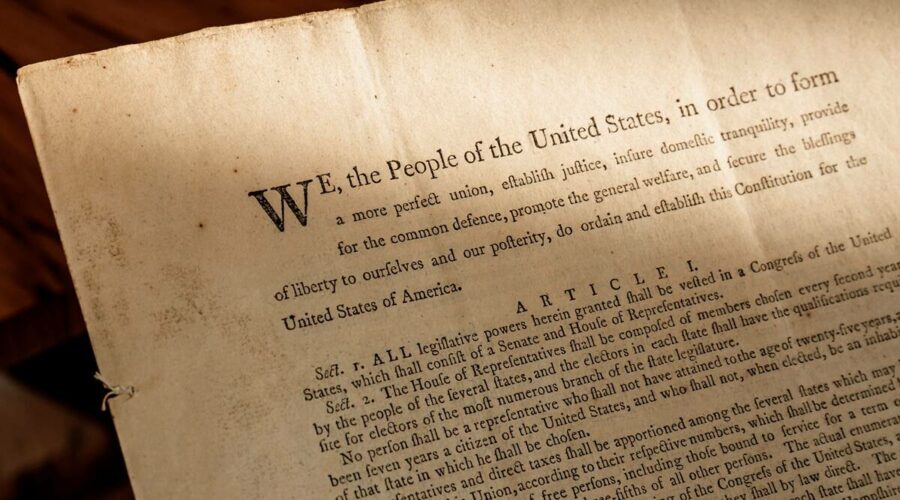 The extremely rare official first-edition printed copy of the US Constitution, which was adopted by America's founding fathers in Philadelphia in 1787. A crowd-funded bid by cryptocurrency enthusiasts to buy a rare copy of the US constitution fell short on Thursday, after the document sold to another buyer for $43.2 million, a record price for a printed text, according to auction house Sotheby’s.

The identity of the winning bidder was not immediately clear, nor was it clear why the cryptocurrency group, called “ConstitutionDAO” was outbid at that price, as their crowd-funding page had amassed more than $47 million.

“Community: We did not win the bid,” ConstitutionDAO said on Twitter, promising its 17,437 contributors a refund minus transaction fees. Sotheby’s said it was the largest crowd-funding initiative ever.

The extremely rare official first-edition printed copy of the US Constitution, which was adopted by America’s founding fathers in Philadelphia in 1787, had been estimated by auctioneer Sotheby’s to be worth $15 million to $20 million. It last sold for $165,000 in 1988, when it was acquired by the late S. Howard Goldman, a New York real estate developer and collector of American autographs, documents and manuscripts.

The winning bid was $41 million and the final price of $43.2 million includes overheads and other costs, Sotheby’s said. Sale proceeds will benefit a charitable foundation in the name of his wife, Dorothy Tapper Goldman, to further the public’s understanding of democracy, according to Sotheby’s.

The ConstitutionDAO website had said contributors would become members of the Decentralised Autonomous Organisation, or DAO, but would not themselves have had a stake in the document. A DAO is a kind of online community that uses blockchain technology to allow members to suggest and vote on decisions about how it is run.

More than $47 million, or 11,600 of the cryptocurrency ether, had been paid into the project, according to the crowdfunding website Juicebox.

“While we @ConstitutionDAO lost the battle, the past seven days showed what a group of internet friends, memes, and a vision can achieve — bidding neck to neck at the most elite art house of the land,” Alice Ma, one of the people behind the project, said on Twitter.

The document they missed out on is one of 11 known existing copies — the only one still in private hands — from the official first printing of the final text of the Constitution, as adopted in Philadelphia and submitted to the Continental Congress for review, Sotheby’s said.