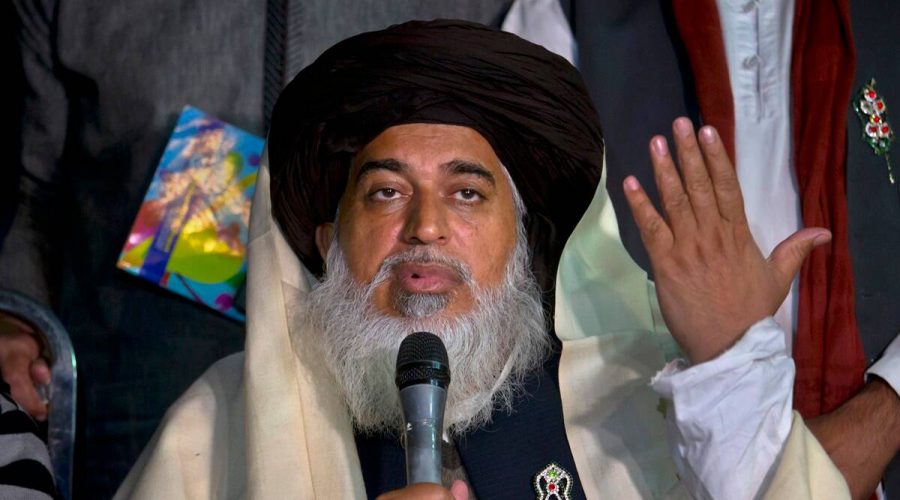 Khadim Hussein Rizvi, a radical Pakistani religious scholar who this week led thousands of supporters into a sit-in in Islamabad over the republishing in France of caricatures of the Prophet Muhammad which they deem blasphemous, has died. Khadim Hussein Rizvi, a radical Pakistani religious scholar who this week led thousands of supporters into a sit-in in Islamabad over the republishing in France of caricatures of the Prophet Muhammad which they deem blasphemous, died on Thursday. He was 54.

According to the clerics spokesman and a doctor at the hospital where Rizvi was taken to in the eastern city of Lahore, he was showing symptoms similar to those of Covid-19, but had not been tested for the coronavirus.

The doctor, Salman Ahmed, said Rizvi had had a high fever for four days and developed serious respiratory problems on Thursday. He was then taken to hospital, where he died.

The protest by Rizvis party the Tehreek-e-Labiak started Sunday on the outskirts of the capital Islamabad where protesters and Pakistani security forces briefly clashed, prompting the police to fire tear gas at stone-hurling demonstrators. The rally was one in a series held around the country to express outrage over the caricatures.

After the violence in Islamabad died down, the protesters subsequently staged a sit-in that ended early Tuesday after Prime Minister Imran Khan’s government promised their demands for cutting diplomatic ties with France and expelling the French ambassador would be discussed in Parliament, in three months.

The sit-in had attracted thousands of men who sat for two days crowded together with few wearing face masks. Tehreek-e-Labiak spokesman Shafiq Amini said the government had also agreed to release all arrested members of the party.

Explained | Who is Khadim Hussain Rizvi, the cleric whose supporters are protesting France caricatures in Pakistan?

The radical Islamist party gained prominence in Pakistan’s 2018 federal elections, campaigning on a single-point agenda defending the country’s controversial blasphemy law which calls for the death penalty for anyone who insults Islam. The party won only two provincial seats in the southern Sindh province, though Rizvis rallies typically attracted tens of thousands.

In conservative Pakistan, the mere charge of blasphemy can incite mobs to riot. Rizvi also led the protests last year when Khans government freed Aasia Bibi, a Christian woman held on death row for eight years on charges of committing blasphemy. A court acquitted her but she had to flee to Canada after threats to her life

The prophet caricatures have sparked protests in Asia and the Middle East, with calls for boycott of French products. They were also seen as the trigger for several deadly attacks against French nationals and interests in recent weeks.

Tehreek-e-Labiak has a history of staging protests and sit-ins to press their demands. In November 2017, its followers staged a 21-day protest and sit-in after a reference to the sanctity of the Prophet Muhammad was removed from the text of a government form.

Khan tweeted his condolences on Rizvis death, while Minister for Religious Affairs Peer Noor ul Haq Qadi called the cleric a great Islamic scholar and lover of the Prophet.

Rizvis funeral is expected to draw tens of thousands of people at a time when coronavirus cases in Pakistan have been climbing steadily. Pakistan has reported more than 365900 cases of the virus and 7248 deaths.