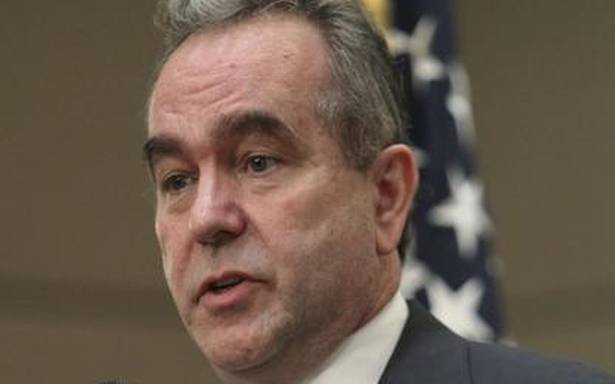 The Quad vaccine partnership was announced at a summit level meeting in March, before the pandemic situation in India deteriorated significantly.

A top Biden administration official has said that the Quad group of countries – India, Australia, the U.S. and Japan – are on track to meet their goal of producing at least one billion vaccines for the Asia region by the end of 2022, despite the massive COVID-19 wave that has hit India in recent weeks. The Quad vaccine partnership was announced at a summit level meeting in March, before the pandemic situation in India deteriorated significantly.

“Our discussions with both our partners in the private sector and also in government suggest that we are, knock-on-wood, still on track for 2022, but …the most intense efforts right now really are in the short term, “ Kurt Campbell, the Biden administration’s top official for Indo-Pacific policy said on Tuesday. He was speaking at an event organised by the Center for New American Security, a think tank in Washington DC .

Mr Campbell said the U.S. had been in close consultations with its partners and with India. He acknowledged that this has been a “extremely difficult period” for India and that the U.S. has tried to “stand with Delhi” and has tried to bring private and public sector support for India.

“I think we’re feeling relatively confident as we head into 2022, but we recognise that what we are facing right now across Asia, in fact, across the world, are new strains that spread more rapidly. So even countries that did extremely well through social distancing and masking …are now facing outbreaks,” he said, adding that the only way to counter this situation was through “vaccine diplomacy” and that the U.S. was trying to step that up.

The second wave of the pandemic in India revealed the country’s COVID-19 vaccine shortages – despite India being the largest vaccine manufacturer in the world. The U.S. has initiated a program to give 80 million of its excess vaccines – mostly from AstraZeneca – to countries in need of them, by the end of June and more as they become available beyond June.

Quad in person meeting to be held in Washington

“But our goal is to hold an in person Quad meeting…very ambitious meeting here in Washington in the fall with all leaders in attendance. We will ensure that we’ve taken the necessary steps on the vaccine deliverable – we intend to build on that,” he said.

He also suggested that there would be some infrastructure related outcomes from this Quad meeting. Mr Campbell had suggested this at the end of May as well, at an event in Stanford.

A White House official declined to confirm that Washington would be the location of the autumn Quad meeting , when approached by The Hindu on Tuesday following Mr Campbell’s comments.

“We want to do something constructive with respect to infrastructure and I think we’re going to take some other steps to build out the Quad to ensure that as an unofficial gathering, it still is the defining feature of modern diplomacy linking these key maritime democracies in a way that is deeply consequential for the 21st century,” Mr Campbell said on Tuesday.

In response to a question on whether the Quad would expand at some point or focus on deepening cooperation between the existing four members, Mr Campbell suggested the current focus was for now to “deepen” and “broaden” familiarity within existing partners but did not rule out other countries eventually participating in Quad initiatives.

“This is not a closed, architecture, I think we want others to participate with us… subsequently and follow through on initiatives. We are briefing people actively on it. I will say that we are getting interest, people want to learn more, they want to understand how they can be actively engaged. We think that’s a positive sign,” Mr Campbell said.

“I think what we’re focused on really now more than anything else, however…is to make sure these foundational members take the necessary steps to support a strong venture that is – again as I indicated- at the outset, defining,” he said.