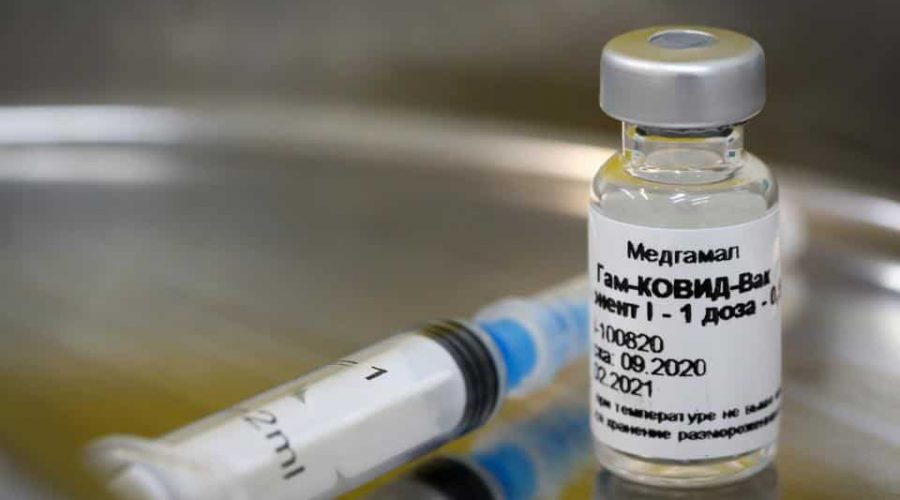 Russia is going to miss its target of making 30 million doses of an experimental Covid-19 vaccine this year due to setbacks maintaining the serum’s stability while expanding production.

“The main task is to scale up production,” Industry Minister Denis Manturov said in an interview with Bloomberg TV. “To have 30 million doses by year-end is impossible, it is nonsense.”

The Kremlin has pinned great hopes on the Sputnik V vaccine, which President Vladimir Putin promotes as the first registered inoculation in the world, to help establish Russia as a leader in the race to subdue the global coronavirus pandemic. The vaccine’s name is a nod to the world’s first artificial satellite that was launched by the Soviet Union in 1957.

The vaccine, developed by Moscow’s Gamaleya Research Institute of Epidemiology and Microbiology, the Defense Ministry and the Russian Direct Investment Fund, was approved for public use despite the fact that it is currently undergoing Phase 3 trials to determine if it is safe and effective.

With a second wave of coronavirus cases sweeping Russia, the Kremlin needs the vaccine as it battles rising daily infection rates while seeking to avoid a repeat of a nationwide lockdown in the spring that battered the country’s economy. Russia has had more than 1.3 million infections, the fourth highest globally after the US, India and Brazil, and added a record 14,231 new cases Wednesday.

RDIF says more than 50 countries have expressed interest in Sputnik V, with orders for 1.2 billion doses.

However, ramping up production of the inoculation is proving more difficult than anticipated. Manturov said Russia will have made 40,000 doses by the end of this month, with the maximum possible by the New Year 2.3 million. Monthly output could exceed 10 million doses early next year, he said.

“We believe these are very conservative projections and see the potential to produce 10 million doses of vaccines in December,” a spokesman for RDIF said. “Also, a significant part of production will be in India, China, Korea, Brazil and other countries.”

Putin said at a government meeting Wednesday that foreign countries should be responsible for handling their own production even as Russia promotes its Covid-19 vaccines abroad. He also announced the approval of another vaccine ahead of final-stage trials.

Manturov stood by Sputnik V, which has been questioned by international medical professionals who claim it needs more testing to prove it’s safe and provides immunity against the virus. Manturov said he and members of his family, including his 84-year-old mother, have received the shots.

Putin has not received the vaccine, the minister said.