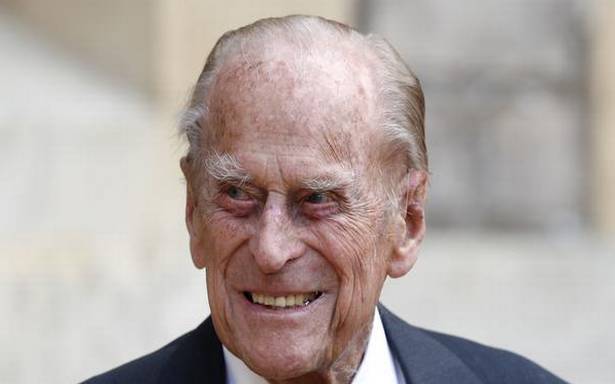 Prince Philip a key figure the Queen could turn to and trust passed away on April 9, 2021.

Prime Minister Narendra Modi Friday condoled the demise of the UK’s Prince Philip and hailed him for his distinguished career in the military as well as him being at the forefront of many community service initiatives.

Prince Philip, the husband of Britain’s Queen Elizabeth II and the Duke of Edinburgh, passed away on Friday aged 99, the Buckingham Palace said.

“My thoughts are with the British people and the Royal Family on the passing away of HRH The Prince Philip, Duke of Edinburgh,” Prime Minister Modi tweeted.

“He (Prince Philip) had a distinguished career in the military and was at the forefront of many community service initiatives. May his soul rest in peace,” Mr. Modi said.

British Prime Minister Boris Johnson on Friday led the nation’s condolences to Queen Elizabeth II on the death of her husband Prince Philip, acclaiming his “extraordinary life and work”.

Johnson said the Duke of Edinburgh “earned the affection of generations” at home, in the Commonwealth and across the world after serving in the Royal Navy and then over decades as Britain’s longest serving royal consort.

“We give thanks, as a nation and a kingdom, for the extraordinary life and work of Prince Philip, Duke of Edinburgh,” the prime minister said outside 10 Downing Street.

Germany mourned the death of Prince Philip on Friday, calling him a loyal servant to the United Kingdom, foreign minister Heiko Maas said.

“We are deeply saddened by the loss of His Royal Highness Prince Philip. Our thoughts and prayers go out to the Royal family, the people of the Commonwealth, and all who loved him dearly,” Maas tweeted.

“He lived a long life of service to his country.”

Former US president George W. Bush mourned Britain’s Prince Philip on Friday, saying he had represented his country “with dignity.”

The Duke of Edinburgh. the longest serving royal consort in British history and a constant presence at Queen Elizabeth II’s side for decades, died aged 99, Buckingham Palace announced.

“Throughout his long and remarkable life, he devoted himself to worthy causes and to others,” Bush said in a statement. “He represented the United Kingdom with dignity and brought boundless strength and support to the sovereign.”

Ireland’s prime minister Micheal Martin on Friday sent his condolences to Queen Elizabeth II, after the death of her husband Prince Philip at the age of 99.

Martin said he was “saddened” to hear of Prince Philip’s passing, adding: “Our thoughts and prayers are with Queen Elizabeth and the people of the United Kingdom at this time.”

The queen and her husband made a landmark visit to Ireland in 2011, becoming the first British monarch to tour the country in 100 years in what was seen as a key moment in Anglo-Irish reconciliation.

Philip a ‘man of foresight, determination and courage’: Blair

British former Prime Minister Tony Blair, a key figure after the death of princess Diana in 1997, on Friday hailed Prince Philip for his years of public service.

Blair said Queen Elizabeth II’s late husband was “a man of foresight, determination and courage”, paying tribute to his environmental and charity work.

“He was often way ahead of his time in protection of the environment, in reconciliation between religious faiths and… the creation of the Duke of Edinburgh’s Award, which remains one of the most innovative and effective programmes for the bettement of young people anywhere in the world.”

04/09/2021 World Comments Off on Prince Philip’s death: Tributes pour in from around the world
India