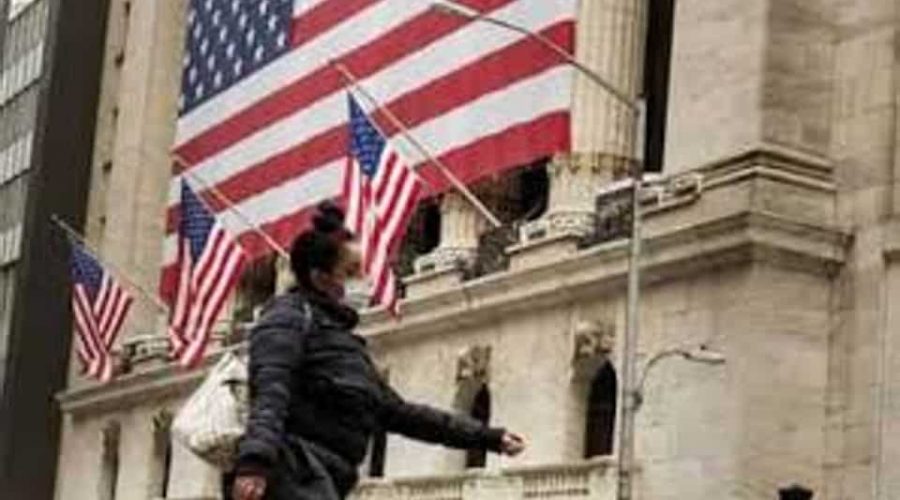 With the nation gripped by a resurgent coronavirus and looking to Washington for help, President Donald Trump and lawmakers in Congress have a message for struggling Americans: Just keep waiting.

The urgency of the nationwide surge in virus cases, spiking hospitalizations and increasing death tolls has hardly resonated in the nation’s capital as its leaders are vexed by transition politics and trying to capitalize on the promise of a coming vaccine. The virus has killed more than 247,000 Americans this year and infected at least 11.1 million — some 1 million of them in just the past week.

Yet in Congress, where talks over economic relief bills stalled out months ago, lame-duck approval of aid is hardly front-of-mind. Across town at the White House, Trump is more focused on getting credit for the vaccine development push and blocking President-elect Joe Biden from getting the information needed to ensure the new administration can smoothly take over the fight against the pandemic.

“Another Vaccine just announced,” Trump tweeted Monday morning after Moderna announced that its candidate appeared in early testing to be 95% effective against the virus. “For those great ‘historians’, please remember that these great discoveries, which will end the China Plague, all took place on my watch!”

On a call Monday with governors, Vice President Mike Pence, who heads the White House coronavirus task force, struck a rosy tone and asked states to give their residents comfort that vaccines are coming and that “America and your state has never been more prepared.”

That didn’t stop Louisiana Gov. John Bel Edwards from appealing to Pence and Trump for a more unified message on the importance of social distancing and wearing masks. And Dr. Deborah Birx, the task force coordinator, reported that 27 states were in the “red zone” for widespread transmission of the virus — more widespread and worrisome than spikes seen earlier this year.

Biden, who has warned of a “dark winter” ahead on the virus, called for the Trump administration to share its vaccine distribution plans with his own incoming administration, warning that “more people may die if you don’t coordinate.”

Saying vaccine plans are vital to repairing the nation’s economy, Biden said, “If we have to wait until Jan. 20 to start that planning, it puts us behind.”

Biden said he was hopeful that Trump “will be mildly more enlightened before we get to Jan. 20.” He said he understood Trump’s “reluctance” to admit defeat and share his administration’s plans but called it “a shame.”

There’s no progress in Congress yet, either. The split-decision election — in which Democrats absorbed sizable losses in House races despite defeating Trump — hasn’t sparked any progress or prodded House Speaker Nancy Pelosi, D-Calif., or Senate Majority Leader Mitch McConnell, R-Ky., to move from their pre-election postures.

Pelosi wants to go big, say $2 trillion; McConnell wants a smaller package in the $500 billion range that his rightward-tilting colleagues can live with. Moving toward somewhere in the middle would be difficult for both camps.

Trump is a disruptive factor on Capitol Hill and no deal is possible without his buy-in, or at least his signature. Without a better and more reliable signal of Trump’s intentions, both McConnell and Pelosi could be wary of navigating the turbulence required to forge an agreement.

The results of the election have also weakened the negotiating position of Pelosi, who played hardball during the weeks leading up to the election, only to come away empty-handed. But she is not — yet — wavering from her insistence on a sweeping and comprehensive relief bill rather than the more targeted approach favored by Republicans.

And for now, Pelosi is devoting her energies to soothing her unhappy Democratic caucus in advance of leadership elections this week. It seems like the wrong moment to telegraph concessions to McConnell and the Republicans.

The two longstanding adversaries are formidable when their interests align, but their offices say they have not spoken since the election and don’t know when they will. The sole must-pass legislation for the lame-duck session is a temporary spending bill to avert a government shutdown — or a broader governmentwide omnibus funding bill if negotiations go well. Covid relief could be an add-on to either bill.

“Frankly, our best chance to get some Covid relief might be to get a regular funding bill and put the most critical pieces of Covid relief on that,” said Sen. Roy Blunt, R-Mo. “There seems to be more interest in trying to move an omnibus package and more serious discussion about that than I’ve heard so far about a Covid package.”

The Biden team would like a down payment of Covid relief now and is standing by Pelosi’s handling of the matter.

“We have her back in handling this,” incoming Biden chief of staff Ron Klain said Sunday on NBC’s “Meet the Press.” “Our message to Speaker Pelosi is: ‘Keep doing what you’re doing to the Republicans. Let’s get this done.’ I mean, this could be a first example of bipartisan action post the election.”

Meanwhile, Trump’s preferred science adviser, Dr. Scott Atlas, stepped up his criticism of governors for moving to reimpose restrictions meant to slow the spread of the virus. On Sunday night, Atlas urged people to “rise up” after Michigan Gov. Gretchen Whitmer announced closures to some schools and businesses in the face of the latest wave of cases.

Atlas, who is not an infectious disease expert, earned himself a White House appointment by echoing Trump’s skepticism of mask-wearing and support for “reopening” the economy. Trump has urged supporters to push Whitmer to reopen the state following virus restrictions, though many rules had been lifted previously. And 14 men have been charged in connection with an alleged plot to kidnap the governor.

“It’s just incredibly reckless considering everything that has happened, everything that is going on,” Whitmer said. “We really all need to be focused on the public health crisis that is ravaging our country and that poses a very real threat to every one of us.”