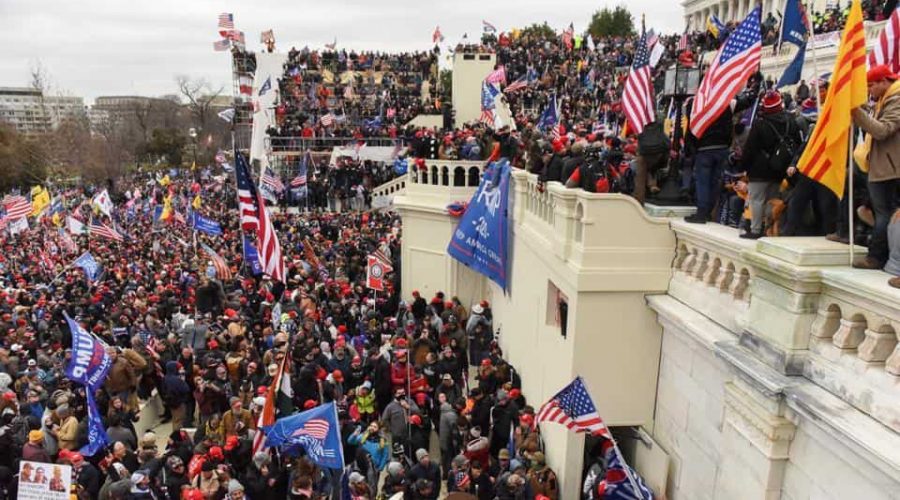 Protesters supporting outgoing US President Donald Trump stormed the US Capitol on Wednesday, virtually locking it down, as Vice President Mike Pence rejected the President’s demand to overturn his defeat to Joe Biden, with reports confirming that one person was shot and wounded inside the building.

US lawmakers were asked to shelter in place and made to wear gas masks for use in case law enforcement officials used tear gas to clear the protesters. Police later responded with drawn guns and tear gas in a bid to evacuate the House of Representatives and the Senate after pro-Trump protesters marched through the halls of congress.

The protestors reached the congress building in Capitol Hill from a rally nearby, where they had heard Trump rail against his election defeat and air false, baseless allegations of election fraud that have been rejected by more than 60 courts, including three times by the US Supreme Court.

The entire US congress complex was put in lockdown and Washington DC officials declared curfew to disperse the protesters, but it had no immediate impact on the crowds still swirling in and around the building.

Trump called for peace but after the supporters had stormed the building, in a potentially dangerous situations for lawmakers inside. While Pence, who presided over the joint session of congress, had been escorted from the senate, visuals showed protesters sitting in his chair. The incoming vice-president Kamala Harris was also reportedly in the building.

“Please support our Capitol Police and Law Enforcement. They are truly on the side of our Country. Stay peaceful,” Trump tweeted, but said no more, despite calls from allies and former aides to issue a specific call for the protesters to stand down.

Some protesters were armed, according to reports that also indicated armed standoffs between them and law enforcement personnel. A few of them had reached the well of the US senate in a major breach of security.