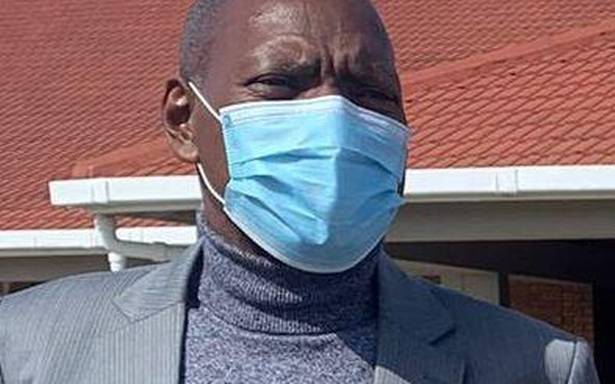 There is no direct risk of COVID-19 infections to South Africa from India, Health Minister Zweli Mkhize has said, assuring the people that due vigilance would be exercised for those coming from India via other countries.

Mr. Mkhize made the comments during a briefing to Parliament’s health portfolio committee.

“I want to assure you that we are aware of that situation but we must be aware that there is no direct flight from India that would suddenly offload so many people as such,” Mr. Mkhize said on April 27.

Speaking a day after Belgium slapped a ban on both Indian and South African citizens entering the country, Mr. Mkhize said due vigilance would be exercised for those coming into South Africa from India via other countries.

“The problem of all these restrictions from countries is that people can go via other parts of the world and by the time they get here they won’t be showing anything direct from India so that is an issue which we must just keep in mind.

“We have been monitoring that situation and we don’t yet have any indication that there is a direct risk to South Africa in this regard, but we will continue to monitor the situation,” Mr. Mkhize said.

The Minister said similar problems had been experienced in the U.K., Europe and America, so South Africa just had to be very vigilant to manage this kind of situation.

He said the concern about what was happening in India was “understandable”.

“India is going through a huge wave and the number of people who are getting infected per day are huge and [because of] those who die, we are seeing people who are panicking, saying that maybe that number is underestimated,” he said.

“I think I understand the panic. All of us would be concerned that such a situation should not come to our country.

“I would want to align with those who are expressing sympathy and support to India and condolences on the wave and we understand that this could affect any country as such,” he said.

“I have been seeing a lot of stuff that has been circulating in the WhatsApp groups that the government is not aware [of this] and flights are not being monitored and so on.

“We don’t have a flight from India [but] we are demanding PCR tests for people who are coming through, so we will be checking if people are coming through from any other parts of the world with any positive reports,” the Minister said.

“I have also asked my team to check if there is any way that they could track who has come from India just to check that everything is fine and if there is anything we need to worry about,” Mr. Mkhize said.

The Minister also said that there was no need for alarm after reports of other variants coming out in other parts of Africa, in particular Tanzania.

“We have not yet got much of that indicated in this country, although we have seen it exported to other parts of the continent,” he said.