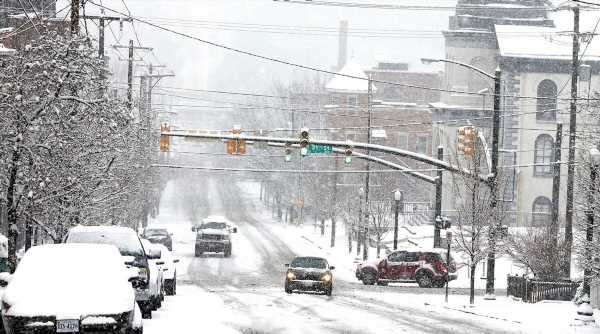 New York City authorities fear that the storm could paralyze the US metropolis, with Mayor Bill de Blasio saying that schools would be closed on Monday. “Treacherous travel conditions” were expected across the US Northeast, with a major winter storm bearing down on New York on Monday, US forecasters have said.

The storm, driven by strong winds, was set to affect eastern Pennsylvania, northern New Jersey, and the southern New England area, where Boston is located.

“Gusty winds will help to reduce visibilities and lead to both blowing and drifting snow,” the National Weather Service (NWS) said on its website.

NWS meteorologist Brian Hurley predicted up to 20 inches (58 centimeters) of snow across a large area.

“The sweet spot looks like it will be right around New York City,” he was quoted as saying by the Reuters news agency.

New York City authorities fear that the storm could paralyze the US metropolis, with Mayor Bill de Blasio saying that schools would be closed on Monday. Officials were rescheduling appointments for coronavirus jabs, according to the mayor.

“There’s going to be tremendous danger and difficulty getting around on Monday,” de Blasio told reporters on Sunday. “The last thing we want to do is urge our seniors to come out in the middle of a storm like this.”

The blizzard has already prompted US President Joe Biden to postpone a Monday visit to the US State Department’s headquarters, located near the White House in Washington.