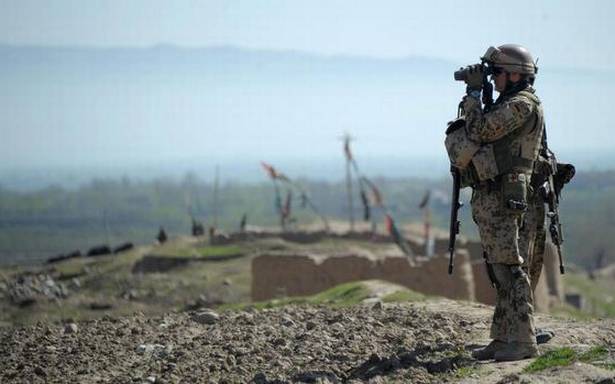 Members of the U.S.-backed alliance agreed this month to wrap up their 9,600-strong mission in Afghanistan after Mr. Biden made the call to end Washington’s longest war

NATO has started the withdrawal of its mission from Afghanistan following a decision by President Joe Biden to bring U.S. forces home, an alliance official said Thursday.

"NATO Allies decided in mid-April to start the withdrawal of Resolute Support Mission forces by May 1 and this withdrawal has begun. This will be an orderly, coordinated, and deliberate process," a NATO official told AFP.

Members of the U.S.-backed alliance agreed this month to wrap up their 9,600-strong mission in Afghanistan after Mr. Biden made the call to end Washington’s longest war.

The decision — which delayed by several months a deadline agreed by former U.S. leader Donald Trump — came despite fears it could allow the Taliban to regain power in the country.

The NATO official said the safety of the alliance’s troops "will be a top priority every step of the way, and we are taking all necessary measures to keep our personnel from harm".

"Any Taliban attacks during the withdrawal will be met with a forceful response. We plan to have our withdrawal completed within a few months," the official said, refusing to give any further details on the timeline.

Mr. Biden said the U.S. withdrawal would be completed by September 11, the twentieth anniversary of the 9/11 attacks on America that sparked its military involvement in Afghanistan.

Germany’s defence ministry has said it planned to get its 1,300 troops out of the country by early July.

NATO’s training and support mission, which includes around 2,500 U.S. troops and relies heavily on Washington’s military assets, has personnel from 36 alliance member nations and partner countries.

The U.S. has said it is temporarily deploying extra troops to protect international forces as they withdraw and has prolonged the presence of an aircraft carrier in the region to support the pull-out.

Trump struck a deal with the Taliban last year that was meant to see U.S. and allied troops leave Afghanistan by the start of May provided attacks decreased and peace talks progressed.

Mr. Biden decided to call time on the two-decade deployment of troops despite insurgent violence flaring and negotiations between the Taliban and the Kabul government stalling.

The U.S. insists it has achieved its aim of stopping Afghanistan serving as a "haven for terrorists" after uprooting Al-Qaeda networks, and says it risks a never-ending military involvement if it does not pull out.

Top U.S. General Mark Milley said on Wednesday that it was not possible to predict Afghanistan’s fate after the withdrawal and warned of a "worst-case" outcome of a government collapse.

But along with its fellow NATO members, Washington insists it remains committed to Afghanistan.

"NATO Allies and partners will continue to stand with Afghanistan, its people, and its institutions in promoting security and upholding the gains of the last 20 years," the alliance said in a statement last month.

"Withdrawing our troops does not mean ending our relationship with Afghanistan. Rather, this will be the start of a new chapter."