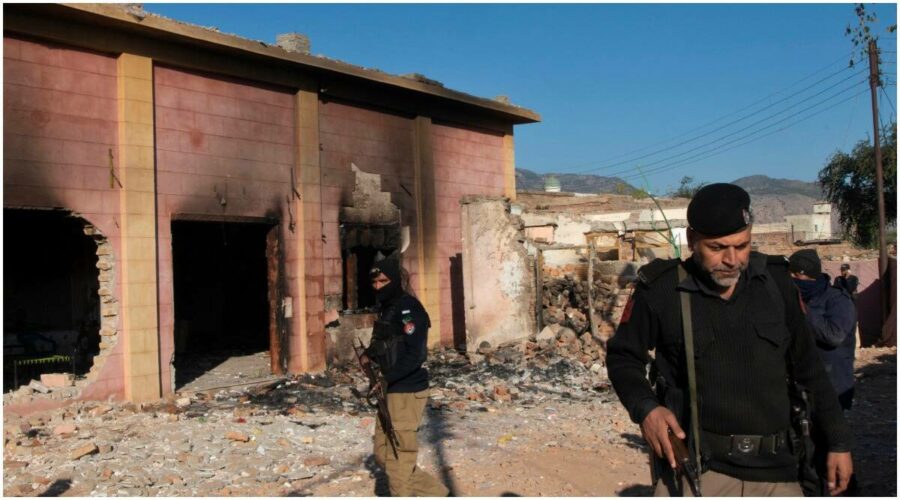 The majority of Pakistan's Hindu population is settled in Sindh province where they share culture, traditions and language with Muslim residents. The commission also highlighted that the ETPB is yet to reimburse Rs 38 million for the renovation of Terri temple. Most of the revered sites of the minority Hindu community in Pakistan are in a poor condition and the authority responsible for their upkeep has failed to maintain them, leaving the ancient worship places in a state of decay, according to a recent report by a Supreme Court-appointed commission.

The report, prepared by a one-man commission, was submitted to the Supreme Court on February 5 and presents a dismal picture of the community’s most revered sites in the country, the Dawn newspaper reported on Monday.

The report also highlights that the Evacuee Trust Property Board (ETPB), responsible for their upkeep, has failed to maintain most of the ancient and holy sites of the minority community.

Dr Shoaib Suddle’s one-man commission has been established by the Supreme Court but it has three supporting members, Dr Ramesh Vankwani, Saqib Jillani and the attorney general for Pakistan, who has nominated the deputy attorney general to participate in fact-finding activities of the commission, the report said.

The commission members visited the Katas Raj Mandir in Chakwal on January 6 and Prahlad Mandir in Multan on January 7 in Punjab province.

The findings in the report present a general picture of decay and obliteration of two of the four most revered evacuee sites in Pakistan.

It also suggested an amendment to the ETPB Act to establish a working group for the rehabilitation of the holy sites belonging to Hindus and Sikhs.

The report has also requested the Supreme Court to direct the ETPB to get involved in the reconstruction of the desecrated Terri mandir/samaadhi and cooperate with the Khyber Pakhtunkhwa government for efficient implementation of the directives given by the apex court from time to time.

In December, a temple in Terri village in Khyber Pakhtunkhwa’s Karak district was torched by members of radical Jamiat Ulema-e-Islam party (Fazal ur Rehman group).

The attack on the temple drew strong condemnation from human rights activists and the minority Hindu community leaders, prompting the Supreme Court to order its reconstruction.

The Supreme Court in its order of January 5 directed the ETPB “to submit a detailed report of all temples, gurdwaras and other religious sites all over Pakistan which come under the purview of ETPB”.

According to the ETPB letter, out of 365 temples, only 13 were being managed by them, leaving responsibility of 65 with the Hindu community, and practically abandoning the rest of 287 to the land mafias, the report said.

“It is indeed strange that even in this age of technology, the ETPB has yet to get the evacuee properties geo-tagged,” it said.

The commission said that the ETPB, with its staff spread across the country and boasting huge paraphernalia, was managing 31 places of worship out of a total of 470.

The commission also raised objections over the ETPB’s response that non-functional temples/gurdwaras existed due to lack of population of Hindus/Sikhs.

“However, there are several examples of active mandirs, where no Hindu population resides, such as Hinglaj Mata Mandir in Balochistan and Shri Param Hans Ji Mahaaraj mandir/samaadhi at Terri in Karak district of KPK,” the report said.

The commission also highlighted that the ETPB is yet to reimburse Rs 38 million for the renovation of Terri temple.

Alleging that the ETPB was only interested in occupying valuable properties of migrated minorities, the commission said that hundreds of charitable, worship and other joint properties of these communities have been taken over by it, the newspaper reported.

According to official estimates, 75 lakh Hindus live in Pakistan. However, according to the community, over 90 lakh Hindus are living in the country.

The majority of Pakistan’s Hindu population is settled in Sindh province where they share culture, traditions and language with Muslim residents.They often complain of harassment by the extremists.

02/08/2021 World Comments Off on Most of the revered Hindu sites in Pakistan in state of decay: Report
TV & Movies