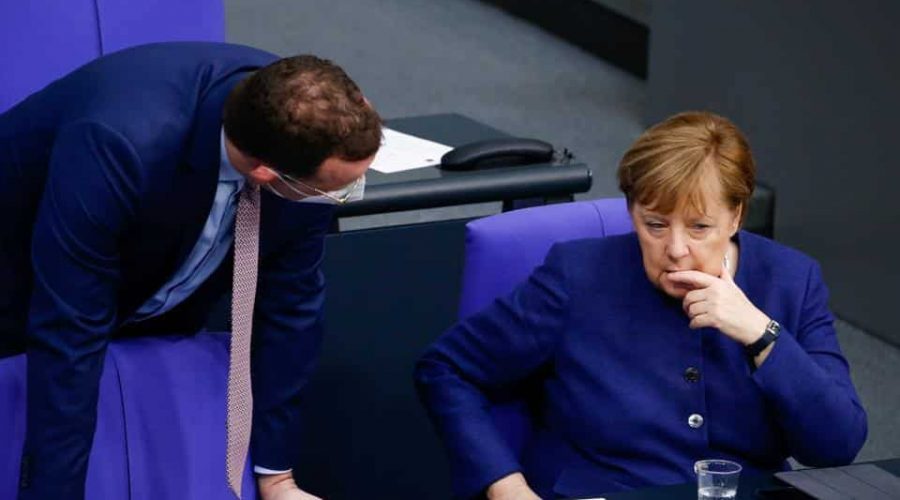 German Health Minister Jens Spahn has taken over from Chancellor Angela Merkel as the nation’s most popular politician, a poll showed Sunday, highlighting his potential as a future leader of Europe’s biggest economy.

Spahn, 40, has long been considered a rising star in Merkel’s Christian Democratic Union, and is widely perceived to have made a key contribution to Germany’s relatively successful handling of the coronavirus pandemic.

According to the Kantar poll in Bild newspaper, 52% of those surveyed said Spahn should play a major role in German politics in 2021, up from 28% at the end of 2019. Merkel’s approval rating was 51%, up 11 percentage points from the previous year.

“Spahn is clearly the winner of the year,” Bild quoted Kantar’s Torsten Schneider-Haase as saying. “From the point of view of the people, he is cutting a positive figure on coronavirus policy.”

Merkel is stepping down following the next election due in September 2021 after more than a decade and a half in power. The CDU will elect a new leader and probable chancellor candidate at a virtual congress next month.

Spahn has backed Armin Laschet, the premier of the state of North Rhine-Westphalia, while Friedrich Merz, a long-time Merkel rival, and Norbert Roettgen, a former environment minister, are also running.

The winner will likely be the conservative bloc’s candidate to succeed Merkel next year, though Bavaria Premier Markus Soeder, head of the CDU’s sister party in the southern state, may be asked to step in.

Soeder is the third-most popular politician on 50%, the Kantar poll showed. Finance Minister and Vice Chancellor Olaf Scholz, the Social Democrats’ chancellor candidate, was fourth on 47%, Merz scored 37% in sixth place, Laschet 31% in eighth and Roettgen 29% in ninth.

While Spahn has thrown his support behind Laschet, there is an outside chance he could be tapped to run as the conservative candidate for chancellor if he is seen as having the best chance of winning the election.