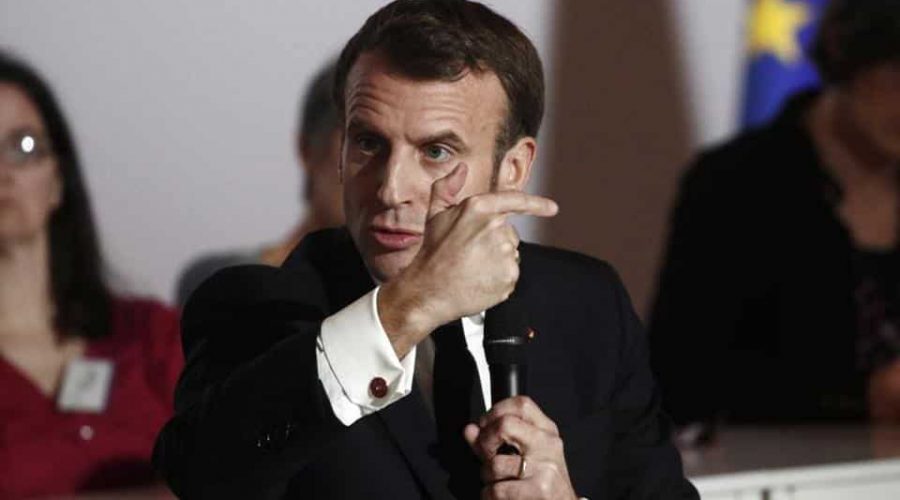 French President Emmanuel Macron said there were grey areas in China’s handling of the coronavirus outbreak and that things “happened that we don’t know about”, speaking in an interview with the Financial Times published Thursday.

“Let’s not be so naive as to say it’s been much better at handling this,” he said of China’s management of the outbreak.

“We don’t know. There are clearly things that have happened that we don’t know about.” The United States and Britain took a tougher line on China, where the coronavirus outbreak emerged in December.

“We’ll have to ask the hard questions about how it came about and how it couldn’t have been stopped earlier,” British Foreign Secretary Dominic Raab said at a press conference Friday when asked about future relations with Beijing.

Raab is standing in for Prime Minister Boris Johnson who is recovering from Covid-19.

US President Donald Trump’s administration is investigating the origins of the coronavirus pandemic, saying it does not rule out that it came from a laboratory researching bats in Wuhan, China.

Chinese scientists have said the virus, which has killed more than 140,000 people worldwide, was likely transmitted to humans late last year at a Wuhan “wet market” that slaughtered exotic animals — a longtime focus of concern for public health experts.

But The Washington Post and Fox News both quoted anonymous sources who voiced concern that the virus may have come — accidentally — from a sensitive bioresearch centre in the city.

Trump, asked about the laboratory theory at a news conference on Wednesday, said that “more and more, we’re hearing the story” and that the United States was “doing a very thorough investigation.”