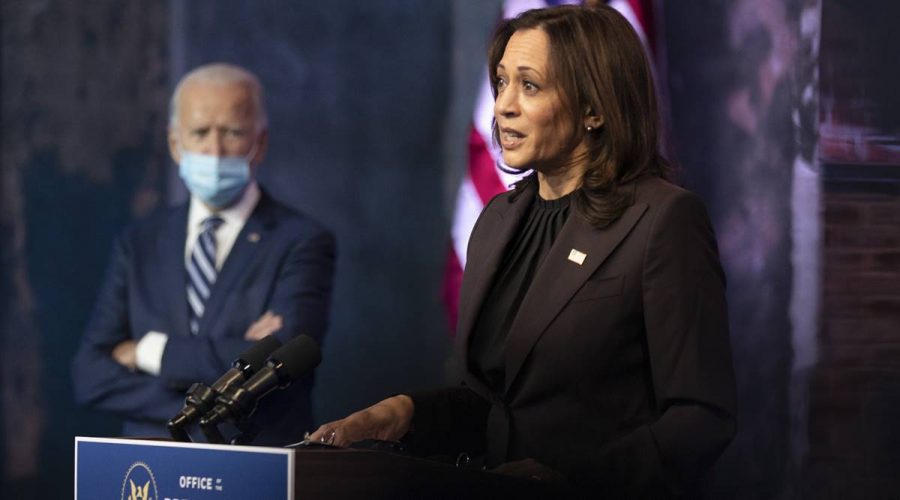 It is not unprecedented for a vice president-elect to keep a low profile in an election’s aftermath. 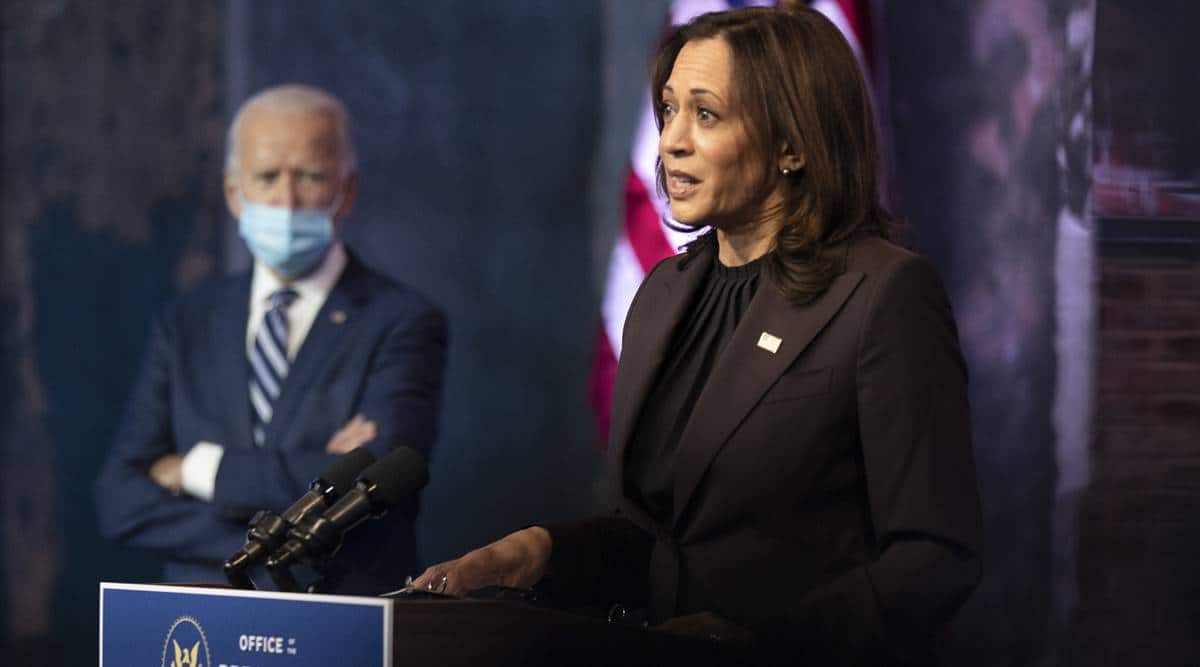 At a chic cafe in the West End neighborhood of Washington, a young waiter knew that the incoming vice president lived “upstairs,” as he noted by gesturing to an upscale condominium building overhead, but said he had not actually seen her lately.

“The Secret Service sometimes stops me from taking out the trash, though,” he added, saying that agents closed off the building’s alley when their protectee came and went from its garage.

Around the corner, two black Suburbans with federal license plates were parked by the building’s entrance — the only visible clue to the nearby presence of the California senator and vice president-elect, Kamala Harris.

In the days since he prevailed in the election, President-elect Joe Biden has made several public remarks and released summaries of his calls with foreign leaders as reporters track his every public movement. But Harris has barely appeared on the public radar since her acceptance speech last Saturday in Wilmington, Delaware, where she declared “a new day for America.”

She shared a stage again with Biden in Wilmington two days later, after a coronavirus briefing they had attended together. Harris stood silently several feet away while Biden spoke, without giving remarks of her own.

It is not unprecedented for a vice president-elect to keep a low profile in an election’s aftermath. “You know, you’ve been fairly invisible since the election,” ABC News host George Stephanopoulos told Biden in an interview more than a month after his own election as Barack Obama’s vice president.

Biden replied by insisting he had “been in the room” for every one of Obama’s important transition meetings. Because of social distancing restrictions related to the coronavirus, Harris has no such luxury, at least not in the physical sense.

After spending election week in Delaware, she has returned to the two-bedroom Washington condominium she bought after she was elected to the Senate in 2016. From there, she is in regular touch with Biden, by text message or telephone, according to aides with the Biden-Harris transition team, and with other transition officials. Harris’ husband, Douglas Emhoff, also has a close relationship with the incoming first lady, Jill Biden; the two campaigned together in the race’s final weeks.

One focus of her time is the quantum leap Harris is soon to make from the legislative to the executive branch. Whereas Biden will have virtually no learning curve upon returning to the White House after eight years as vice president, Harris has spent little, if any, substantive time at 1600 Pennsylvania Ave. (A transition official could not immediately say when she had last visited there.)

That process is made no easier by President Donald Trump’s refusal to acknowledge the election results and authorize an official transition process in which Harris and her aides would have access to White House officials and documents. Harris has not been contacted by her departing counterpart, Vice President Mike Pence. Days after the 2016 election, Biden hosted Pence for nearly two hours at the official vice presidential compound at the U.S. Naval Observatory. “I told Mike, the vice president-elect, that I’m available to him 24/7,” Biden told reporters.

For now, Harris remains a senator. It is unclear when she might relinquish her seat. Obama stepped down from his Senate seat days after his 2008 election, but Biden, ever the sentimentalist, hung on to his until shortly before he was sworn in as vice president the following January, telling friends he wanted to take one last oath of office for the seat he had held for decades. (Biden also said he wanted to retain his vote in case it might be needed in a lame-duck Senate session.)

Like Biden, Harris also has her own staff to build — another task potentially made more challenging by her relative lack of Washington experience. While Biden, after nearly 50 years in the capital, has a network of hundreds of former Senate and White House aides, Harris has a smaller circle, though she is expected to hire several familiar faces from her Senate office and her 2020 campaign.

On social media, Harris has stayed rigorously on message, posting on Twitter several times about the coronavirus and her determination to work with Biden to contain it. “In just a few months, we will swear in a new president who is committed to getting the pandemic under control: @JoeBiden,” she tweeted Saturday morning.

Later in the day, Harris, who will become the first occupant of the White House who is of Indian heritage, also tweeted greetings for the beginning of Diwali, the Hindu festival of lights.

Harris has ventured out in the Washington area at least once since the election. On a rainy Veterans Day, wearing bluejeans and a black raincoat, she and Emhoff dropped by Georgetown’s Dog Tag Bakery, which was founded to help support veterans.

She has otherwise been out of sight at her condo building, about 1 mile from the White House, and twice that distance from the Naval Observatory complex she will soon call home. “No great thing created suddenly,” reads an inscription on the side of the building, a quote from the Greek Stoic philosopher Epictetus.

Mimicking a sad face, the server at the Bluestone Lane cafe on the building’s ground floor said he hoped she would visit again soon.

11/16/2020 World Comments Off on Largely out of sight in Washington, Kamala Harris preps for White House
TV & Movies