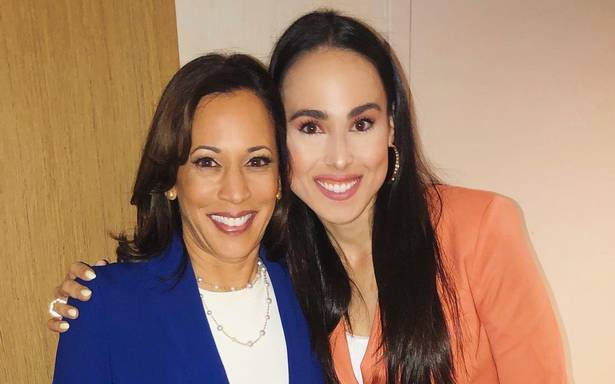 Reacting to news reports including in the Los Angeles Times of growing concern over Vice-President Kamala Harris’ niece Meena Harris using her aunt’s name to promote her business and brand, the White House said the Vice-President and her family will uphold “the highest ethical standards”, adding that her name should not be used in any commercial activities to suggest an endorsement.

“The Vice-President and her family will uphold the highest ethical standards and it’s the White House’s policy that the Vice-President’s name should not be used in connection with any commercial activities that could reasonably be understood to imply an endorsement or support,” Deputy Press Secretary for the Vice-President Sabrina Singh said in a statement to The Hindu.

The LA Times had reported last week that a current White House official (whose name was withheld) was “taken aback” after watching a Meena Harris interview with former first daughter Jenna Bush Hager.

“Somethings can’t be undone” but “behaviour needs to change,” the official is quoted as saying.

The interview, aired five days before the presidential inauguration, featured photos of the Harris family and Meena Harris’ children’s book Ambitious Girl as well as T-shirts from her clothing brand, Phenomenal.

Ms. Meena Harris, a 36-year-old Harvard educated lawyer and businesswoman, has used themes connected with her aunt, including a T-shirt that says, “I’m Speaking” — a reference to what Ms. Harris had said when interrupted by her opponent, former Vice-President Mike Pence during a pre-election debate.

The LA Times story said the conflicts “do not rival” entanglements in the Trump presidency.

Ms. Meena Harris has been in the news more recently after she tweeted in support of the farmers’ protests.

On Monday, she retweeted an article on the arrest of 21-year-old climate activist Disha Ravi.

The White House does not have standing to interfere in what Ms. Harris says about the farmers’ protests.

Ms. Harris has the same rights to free speech as any of her fellow citizens, Presidential historian Jeffrey Engel told The Hindu.