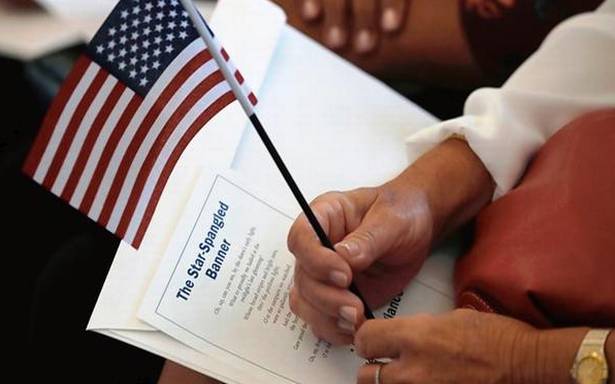 The Trump-backed rule was aimed at immigrants in need of U.S. government aid.

Federal judges in three States of the U.S. on Friday temporarily blocked President Donald Trump’s policy to deny green cards to many immigrants who use Medicaid, food stamps and other government benefits, dealing a setback to one of the President’s most aggressive moves yet to cut legal immigration and make it more based on employment skills than family ties.

The rulings in California, New York and Washington came in quick succession four days before the new rules were set to take effect. The judges ruled in favour of 21 States and the District of Columbia, which challenged the policy almost immediately after it was announced in August.

U.S. District Judge George Daniels in New York said the policy redefined longstanding immigration laws with a new framework that had “no logic.” Allowing the policy to go into effect now, he said, would have a significant impact on “law-abiding residents who have come to this country to seek a better life.”

“Overnight, the rule will expose individuals to economic insecurity, health instability, denial of their path to citizenship and potential deportation,” Daniels wrote. “It is a rule that will punish individuals for their receipt of benefits provided by our government, and discourages them from lawfully receiving available assistance intended to aid them in becoming contributing members of society.”

Ken Cuccinelli, acting director of U.S. Citizenship and Immigration Services, expressed confidence that the administration would eventually prevail and framed the policy as a legal attempt to ensure that those who settle in the United States can support themselves financially.