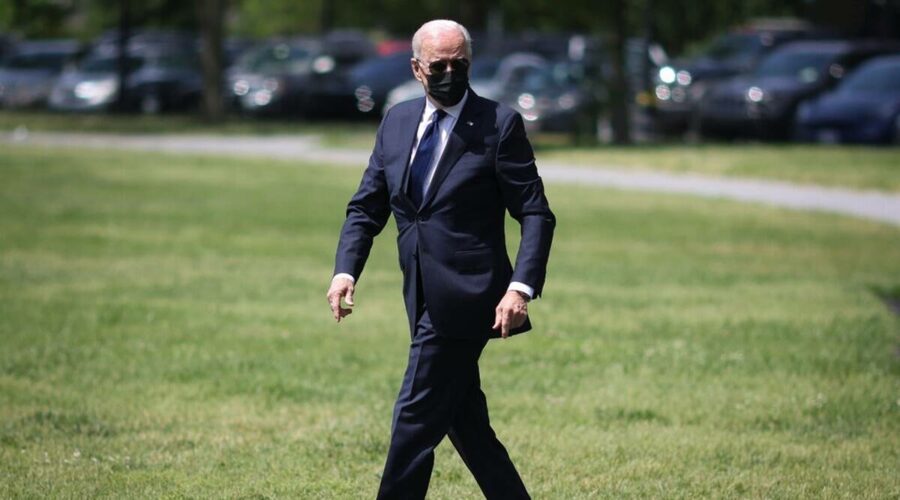 Joe Biden will face his own challenges when he departs on Wednesday, especially as the United States confronts a disruptive Russia and a rising China while trying to reassemble and rally the shaken Western alliance as it emerges from the coronavirus pandemic. 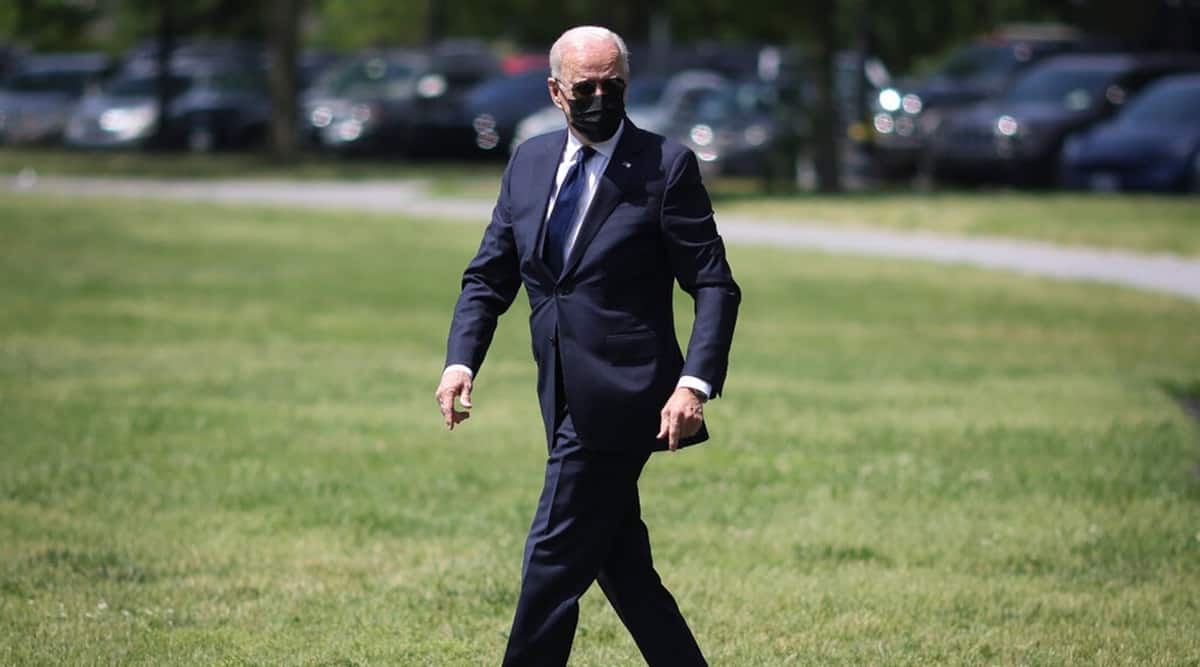 It should not be that hard to be an American leader visiting Europe for the first time after President Donald Trump.

But President Joe Biden will face his own challenges when he departs on Wednesday, especially as the United States confronts a disruptive Russia and a rising China while trying to reassemble and rally the shaken Western alliance as it emerges from the coronavirus pandemic.

Biden, who will arrive for a series of summits buoyed by a successful vaccination program and a rebounding economy, will spend the next week making the case that America is back and ready to lead the West anew in what he calls an existential collision between democracies and autocracies.

On the agenda are meetings in Britain with leaders of the Group of 7 nations, followed by visits to NATO and the European Union. On Biden’s final day, in Geneva, he will hold his first meeting as president with President Vladimir Putin of Russia.

Biden’s overarching task is to deliver the diplomatic serenity that eluded such gatherings during four years in which Trump scorched longstanding relationships with close allies, threatened to pull out of NATO and embraced Putin and other autocrats, admiring their strength.

But the good will Biden brings simply by not being Trump papers over lingering doubts about his durability, American reliability and the cost that Europe will be expected to pay. At 78, is Biden the last gasp of an old-style, internationalist foreign policy? Will Europe bear the cost of what increasingly looks like a new Cold War with Russia? Is it being asked to sign up for a China containment policy? And will Biden deliver on climate?

Those questions will loom as he deals with disagreements over trade, new restrictions on investing in and buying from China and his ever-evolving stance on a natural gas pipeline that will route directly from Russia to Europe, bypassing Ukraine.

Throughout, Biden will face European leaders who are now wary of the United States in a way they have not been since 1945 — and are wondering where it is headed.

“They have seen the state of the Republican Party,” said Barry Pavel, the director of the Scowcroft Center for Strategy and Security at The Atlantic Council. “They’ve seen Jan. 6. They know you could have another president in 2024.”

White House officials argue that stable American diplomacy is back for good, but of course it cannot offer any guarantees after January 2025. European officials are following the raging domestic political arguments in the United States, and they note that Trump’s grip on his party is hardly weakening.

Days before Mr. Biden’s departure, Republicans in Congress rejected the creation of a bipartisan commission to examine the Capitol riot on Jan. 6. Republican lawmakers embrace Trump’s false claims that the 2020 election was stolen. Democrats are faltering in their efforts to pass sweeping legislation to counter Republican attacks on voting rights at the state level.

Through it all, Trump keeps hinting at a political comeback in four years.

“There’s an anxiety about American politics,” said Ian Lesser, a vice president at the German Marshall Fund of the United States. “Simply, what is going to happen in the midterm elections? Whether Trumpism will prove more durable than Mr. Trump. What is coming next in American politics?”

If the future of the United States is the long-term concern, how to manage a disruptive Russia is the immediate agenda. No part of the trip will be more charged than a daylong meeting with Putin.

Biden called for the meeting — the first since Trump embraced Putin’s denials of election interference at a summit in Helsinki, Finland, three years ago — despite warnings from human rights activists that doing so would strengthen and embolden the Russian leader. Jake Sullivan, Biden’s national security adviser, said on Monday that American presidents met with their Soviet counterparts throughout the Cold War, and their Russian successors afterward.

But veterans of the power struggle between Washington and Moscow say disruption is Putin’s true superpower.

“Putin doesn’t necessarily want a more stable or predictable relationship,” said Alexander Vershbow, who was an ambassador to Russia under President George W. Bush. “The best case one can hope for is that the two leaders will argue about a lot of things but continue the dialogue.”

White House officials say the president has no intention of trying to reset the relationship with Russia. Having called Putin a “killer” this year, Biden is cleareyed about his adversary, they said: He regards Putin more as a hardened mafia boss, ordering hits with the country’s supply of nerve agents, than a national leader.

But Biden is determined to put what Sullivan calls “guardrails” on the relationship, seeing out some measure of cooperation, starting with the future of their nuclear arsenals.

But there is a dawning awareness in Europe that while Putin cherishes his growing arsenal, Russia’s nuclear ability is a strategic remnant of an era of superpower conflict. In what Putin recently called a new Cold War with the United States, the weapons of choice are cyberweapons, ransomware wielded by gangs operating from Russian territory and the ability to shake neighbors like Ukraine by massing troops on the border.

Biden will embrace NATO and Article V of its charter — the section that commits every member of the alliance to consider an armed attack on one as an armed attack on all. But it is less clear what constitutes an armed attack in the modern age: a cyberstrike like the SolarWinds attack that infiltrated corporate and government networks? The movement of intermediate-range missiles and Russian troops to the border of Ukraine, a nation that is not a NATO member?

Biden’s associates say the key is for him to make clear that he has seen Putin’s bravado before and that it does not faze him.

“Joe Biden is not Donald Trump,” said Thomas E. Donilon, who was a national security adviser to President Barack Obama and whose wife and brother are key aides to Biden. “You’re not going to have this inexplicable reluctance of a U.S. president to criticize a Russian president who is leading a country that is actively hostile to the United States in so many areas. You won’t have that.”

When Biden defines the current struggle as “a battle between the utility of democracies in the 21st century and autocracies,” though, he appears to be worrying more about China’s appeal as a trading partner and source of technology than Russia’s disruptions. And while Europeans largely do not see China as the kind of rising technological, ideological and military threat that Washington does, it is an argument Biden is beginning to win.

The British are deploying the largest fleet of its Navy warships to the Pacific since the Falklands War, nearly 40 years ago. The idea is to reestablish at least a visiting presence in a region that once was part of its empire, with stops in Singapore, Malaysia, Australia and New Zealand. But at the same time, Prime Minister Boris Johnson has signed on to the effort by Washington — begun by Trump and accelerated by Biden — to assure that Huawei, the Chinese telecommunications company, does not win new contracts to install 5G cellular networks in Britain.

Some in Europe are following suit, but Biden’s aides said they felt blindsided last year when the European Union announced an investment agreement with China days before Biden’s inauguration. It was a reflection of fears that if the continent got sucked into the U.S.-China rivalry, European companies would bear the brunt, starting with the luxury auto industry in Germany.

The future of the agreement is unclear, but Biden is going the other way: Last week he signed an executive order banning Americans from investing in Chinese companies that are linked to the country’s military or that sell surveillance technology used to repress dissent or religious minorities, both inside and outside China. But to be effective, the allies would have to join; so far, few have expressed enthusiasm to join the effort.

Biden may be able to win over skeptics with his embrace of the goal of combating climate change, even though he will run into questions about whether he is doing enough.

Four years ago, at Trump’s first G7 meeting, six world leaders reaffirmed their commitment to the Paris climate accord while the United States declared it was “not in a position to join the consensus.”

Biden is reversing that stance, pledging to cut U.S. emissions 50% to 52% below 2005 levels by the end of the decade and writing in an op-ed in The Washington Post before the summit that with the United States back at the table, countries “have an opportunity to deliver ambitious progress.”

But world leaders said they remained wary of the United States’ willingness to enact serious legislation to tackle its emissions and deliver on financial promises to poorer countries.

“They have shown the right approach, not necessarily to the level of magnitude that they could,” said Graça Machel, the former education and culture minister of Mozambique.

Key to reaching ambitious climate goals is China, which emits more than the United States, Europe and Japan combined. Peter Betts, the former lead climate negotiator for Britain and the European Union, said the test for Biden was whether he could lead the G-7 countries in a successful pressure campaign.

China, he said, “does care what the developing world thinks.”

06/09/2021 World Comments Off on Joe Biden aims to bolster US alliances in Europe, but challenges loom
India