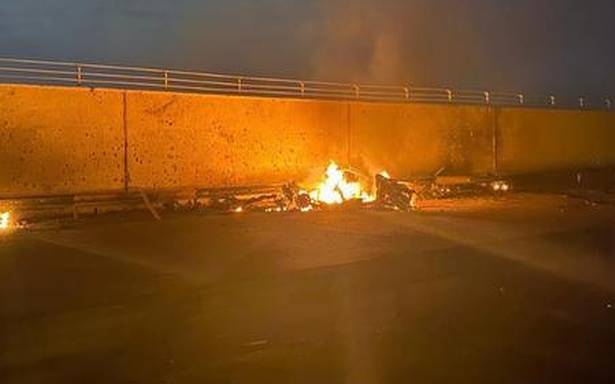 According to military, a total of eight missiles were fired and three landed near the airport complex late Thursday.

A total of eight missiles were fired and three landed near the airport complex late Thursday, the statement said. It did not detail whether the attack caused casualties.

The rockets struck areas known to contain Iraqi security forces. One hit close to a central prison, the second near an academy of the elite Counter-Terrorism Service, and a third near the headquarters of the Rapid Response regiment.

No one claimed responsibility for the attacks. US officials have previously blamed Iran-backed militia groups.

It is the latest in a string of rocket attacks that have primarily targeted American installations in Iraq in recent weeks. On Sunday, multiple rockets hit an Iraqi airbase just north of Baghdad, wounding two Iraqi security personnel.

Last month, a base in western Iraq housing US-led coalition troops and contractors was hit by 10 rockets. One contractor was killed.