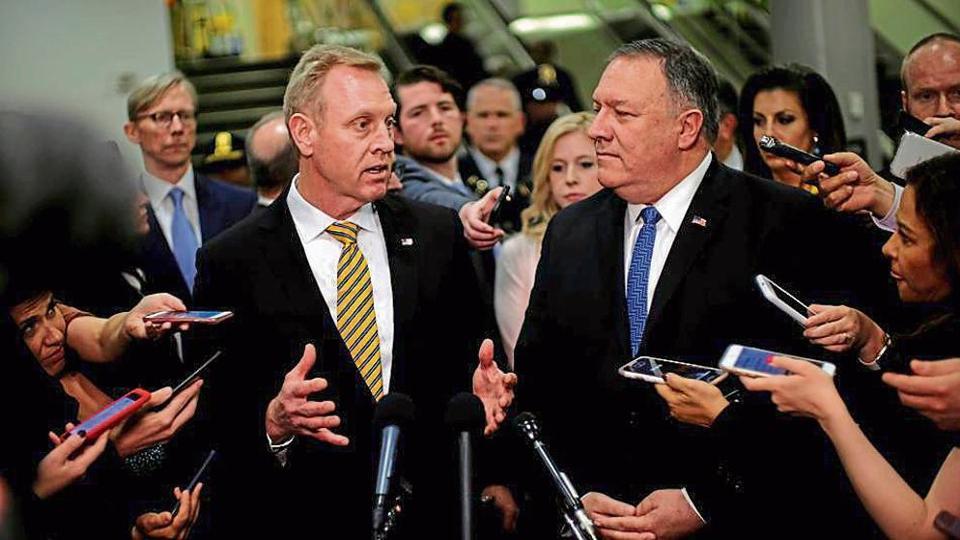 Top US officials told Congress in close-door briefings that ongoing actions regarding Iran are “about deterrence, not war” as questions continued to be raised if the Trump administration is gunning for a conflict or could accidentally provoke one through a “miscalculation”.

Secretary of state Mike Pompeo and secretary of defence Pat Shanahan on Tuesday briefed US Senate and the House of Representatives on the “credible intelligence” that led to recent escalation, with the US deploying an aircraft carrier group, bombers and anti-missile defence system to the region.

“We have deterred attacks based on our reposturing of assets, deterred attacks against American forces,” Shanahan said after the briefings. “We do not want the situation to escalate. This is about deterrence, not about war – or not about going to war. This is about continuing to protect our interests in the Middle East and conducting the missions that we are there to perform.” The specific intelligence cited by the US was the sudden appearance of small Iranian boats carrying missiles in the Persian Gulf, which were since withdrawn. While some officials described them as offensive manoeuvres by Iran, others, and critics, called them defensive.

Emerging from those closed-door sessions, lawmakers seemed unconvinced both about the intelligence and the administration’s plans. “I still don’t have a clear idea of what the administration’s objectives are,” Adam Smith, chairman of the Democratic-led House armed services committee, told reporters.

There was a lot of talk at the briefing of the “huge risk of Iran miscalculating”, he added, but “I think there is a risk of miscalculation on both sides, and that remains my biggest concern”.

Republicans, in contrast, were largely in agreement with the administration. Critics have been most concerned about National Security Adviser John Bolton, an Iran hawk who wasn’t at the briefing. His belligerence continues to fuel an impression the US is spoiling for a fight.

05/22/2019 World Comments Off on ‘Iran build-up only for deterrence’: Officials tell US Congress
India