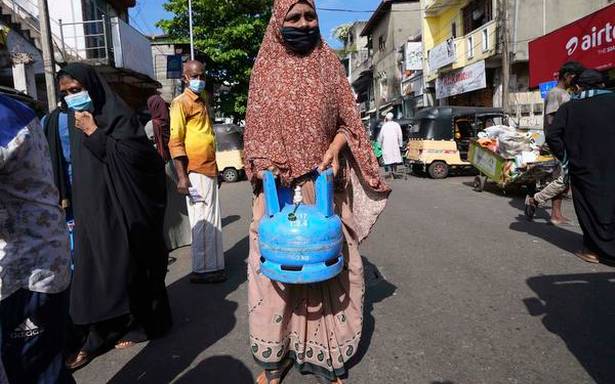 India has agreed to provide a grant to Sri Lanka to implement a ‘Unitary Digital Identity framework’, apparently modelled on the Aadhaar card. The Rajapaksa government will “prioritise” the implementation of the Framework as a national level programme, Sri Lanka’s Cabinet decided on Monday.

“Under the proposed Unitary Digital Identity Framework, it is expected to introduce a personal identity verification device based on biometric data, a digital tool that can represent the identities of individuals in cyberspace, and the identification of individual identities that can be accurately verified in digital and physical environments by combining the two devices,” according to a media statement released by the Department of Government Information on Tuesday.

The initiative follows bilateral talks between President Gotabaya Rajapaksa and Prime Minister Narendra Modi in December 2019. Sri Lanka’s Cabinet of Ministers approved the proposal made by Mr. Rajapaksa, in his capacity as the Minister of Technology, to sign a Memorandum of Understanding with India, in order to obtain the grant and take the project forward. It also comes amid substantive economic assistance from India – totalling $ 1.4 billion since the beginning of this year – to Sri Lanka, to help the island nation cope with its dollar crunch, and import food, medicines and fuel amid frequent shortages.

While India has confirmed support for Sri Lanka’s effort to transition to a digital identity system, there is no official information yet on the value of the grant, and whether it would include technological support or training. Queried on the specifics of the agreement, Colombo-based official sources said the terms of the agreement are “being worked out”.

This is not the first time that Sri Lanka is attempting to digitise its citizens’ identities. Just a few years ago, the predecessor Maithripala Sirisena-Ranil Wickremesinghe administration, in power from 2015 to 2019, mooted a similar Electronic-National Identity Card — or E-NIC —that privacy advocates opposed on grounds that the state would have full access to citizens’ personal data in a central database. The former Mahinda Rajapaksa government tried initiating the project as early as 2011. Neither project was implemented.