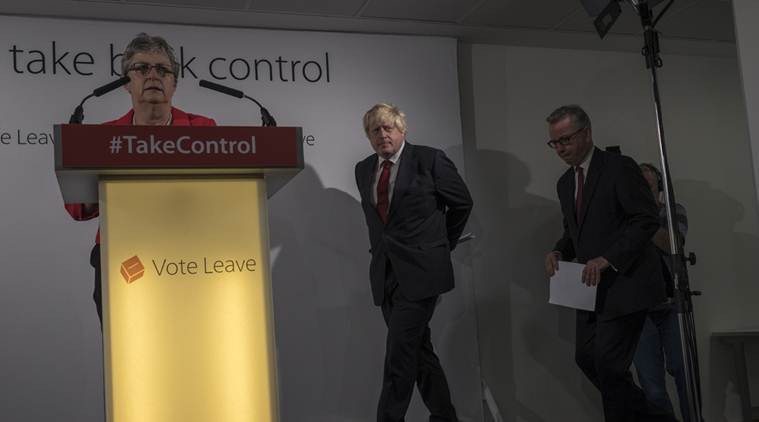 One of Britain’s most recognizable, and now most divisive politicians, Johnson has a history of verbal gaffes, a poor record as a minister and many enemies in Parliament, not to mention among the voters who reject Brexit, which he helped persuade Britons to embrace in a 2016 referendum. 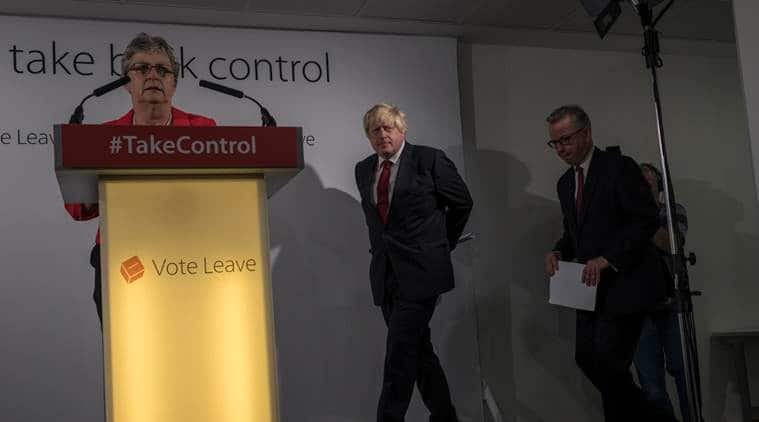 Only one person, the joke doing the rounds in Parliament goes, can stop the disheveled, blond-haired, crowd-pleasing former foreign secretary, Boris Johnson, from becoming the country’s next prime minister.

That is Johnson himself.

One of Britain’s most recognizable, and now most divisive politicians, Johnson has a history of verbal gaffes, a poor record as a minister and many enemies in Parliament, not to mention among the voters who reject Brexit, which he helped persuade Britons to embrace in a 2016 referendum.

But his charisma, flair for publicity and record of winning two elections as mayor of London make him the runaway favorite in a crowded field to succeed Prime Minister Theresa May, according to bookmakers.

A victory for Johnson would have significant repercussions and could increase the prospects of Britain hurtling out of the European Union without an agreement at the end of October, despite the potentially dire economic consequences.

It also sets up a possible constitutional showdown with Parliament, which has shown that the one thing it can agree on is that there should never be a no-deal Brexit. If Britain’s new prime minister — whoever it is — was willing to exit the bloc without a deal, it is unclear if Parliament would have the power to stop the move, according to constitutional scholars.

“A new leader will have the opportunity to do things differently and have the momentum of a new administration,” Johnson said Friday, according to Reuters, illustrating why Britain could be headed into turbulent waters. “We will leave the EU on October 31, deal or no deal. The way to get a good deal is to prepare for a no deal.”

Not only is Johnson a firm proponent of Brexit — albeit one who is instinctively more flexible than May — but several EU leaders have hinted they regard the idea of dealing with him as a nightmare come true. They likely will be loath to make him any concessions.

As a child Johnson famously announced his ambition to become “world king,” and even if the job he now seeks is not quite that, the stars could be aligning for him.

The results of the European Parliament elections are scheduled to be announced Sunday, and his Conservative Party, according to opinion polls, appears headed to a humiliating defeat at the hands of the populist Euroskeptic Nigel Farage and his new Brexit Party, which has been fired up by May’s failure to take Britain out of the EU on March 29 as planned.

If the lesson for the Tories from the expected election drubbing is that they need to fight fire with fire, that would point overwhelmingly to Johnson.

“He is the ‘In case of emergency, break the glass’ candidate,” said Tim Bale, a professor of politics at Queen Mary University of London. “The fire has begun and the Conservative Party is genuinely worried. That makes them more inclined to pick someone with the X factor.”

“It’s fair to say that it’s his to lose,” Bale said of the leadership contest, before noting: “But, of course, he is perfectly capable of losing it.”

There is no shortage of other contenders should Johnson falter.

The field is crowded because Conservative lawmakers use leadership contests to raise their profiles and put down markers for the future, or to amass a bloc of votes that they can use in bargaining with front-runners for future jobs.

Under its leadership rules, Conservative Party lawmakers will whittle probably around a dozen candidates to a shortlist of two. Party members, who are thought to number around 120,000, will then choose the winner.

Johnson is wildly popular among them, judging by his reception at party conferences, so the assumption is that if he can get onto the shortlist then he will win the keys to No. 10 Downing St.

While the Conservative Party is badly split on the Brexit issue, the serious contenders are likely to argue that if May’s unpopular Brexit plan cannot be renegotiated, Britain should be willing to leave without any agreement, despite potentially dire economic consequences.

Andrea Leadsom and Dominic Raab, who both resigned from the Cabinet over Brexit, are likely to run, as is Penny Mordaunt, another Brexit hard-liner who recently became Britain’s first female defense secretary, and Michael Gove, the environment secretary.

Some analysts have suggested the Conservatives may turn to a more moderate candidate, like Hunt, who in the 2016 referendum supported remaining in the bloc, like May, but who has in recent months tried to burnish his hard-Brexit credentials.

But Matthew Goodwin, a politics professor at the University of Kent, said the party had come to regret asking May, a formerly anti-Brexit lawmaker, or Remainer, to achieve the ultimate anti-Europe outcome, leaving the bloc.

“They have tried to deliver a Leave project with a Remainer. It has not gone well at all,” Goodwin said. “I don’t think the Conservative Party — Parliamentary party or membership — will make that mistake again.”

Many are also looking for a campaigner to lead them into a next general election that, given the Brexit deadlock, could come soon, pitching them into battle both with Farage, to their right, and Jeremy Corbyn’s Labour Party to their left.

That has helped make Johnson the front-runner, a position he has been in, and fallen out of, once before. In 2016, after campaigning to leave the European Union, Johnson withdrew abruptly from the contest to succeed David Cameron as prime minister.

That retreat was prompted when he was betrayed by his pro-Brexit ally and Oxford University friend, Gove, who declared Johnson unfit to be prime minister and, instead, ran himself in the contest that May ultimately won.

History also suggests that the front-runner position can be tricky in Conservative Party leadership contests, which often take unpredictable turns. Bale struggled to identify any favorite who has won a Conservative leadership race since 1955.

Commentators have noted that Johnson’s current popularity comes after a low-profile period in which he has given few speeches or interviews, apparently at the instructions of his leadership team who know his ability to veer off message.

In 2016, Johnson wrote a poem about the Turkey’s president, Recep Tayyip Erdogan, having sex with a goat, and argued that Barack Obama might have disliked the British Empire because he was “part-Kenyan.”

In the past, he has written that Muslim women wearing burqas “look like letter boxes,” and that the Libyan city of Sirt could resemble Dubai if they would “clear the dead bodies away.”

As the foreign secretary, a position he held from July 2016 to July 2018, he complicated the prospects for a dual British-Iranian citizen, Nazanin Zaghari-Ratcliffe, who had been arrested by Iran for sedition. He said in Parliament that she was there to teach journalism, even though she was there only to visit family. The gaffe was pounced upon by Iranian state media as proof that she was trying to undermine the regime.

A journalist by training, Johnson was fired by the London Times for inventing a quote but later made his name as the Brussels correspondent for the Daily Telegraph with a string of articles lampooning European integration.

Though Johnson was not always a fan of President Donald Trump, he has recently praised the American leader, who has reciprocated, describing the former foreign secretary as “a friend of mine.” During his visit to Britain last summer, Trump said Johnson “would be a great prime minister” who has “got what it takes.”

Conservative lawmakers are expected to start voting the week beginning June 10, eliminating the least popular candidate in successive ballots until this process leaves two. Then there is likely to be a more public campaign as the pair of finalists compete for votes among party activists, with the whole contest probably decided by the end of July.

Some analysts believe that if Johnson reaches the shortlist his rival will stand aside, in view of his popularity among party members.

Though Johnson’s appeal to the Conservative faithful is not in doubt, his detractors have expressed reservations about his suitability for the job of prime minister.

His performance as foreign secretary was widely criticized, and he is not a good speaker in the House of Commons, where prime ministers have to defend policies in precise language, Bale said.

But so far, an incipient campaign to stop Johnson has failed to gain traction and with the Conservative Party in dire straits, many feel they have little choice but to gamble.

Goodwin said his conversations with Conservative lawmakers made clear that Johnson was the favorite, even among his onetime enemies who are concluding “he is in effect the only person that can meet two incredibly difficult tasks for the Conservative Party.”

One is “stopping the hemorrhaging of support to Nigel Farage’s Brexit Party,” Goodwin said. “The other is ensuring the Conservative Party does not lose the next election to Jeremy Corbyn. Sometimes you need a populist to beat a populist.”

05/26/2019 World Comments Off on In contest to succeed Theresa May, stars are aligning for Boris Johnson
India