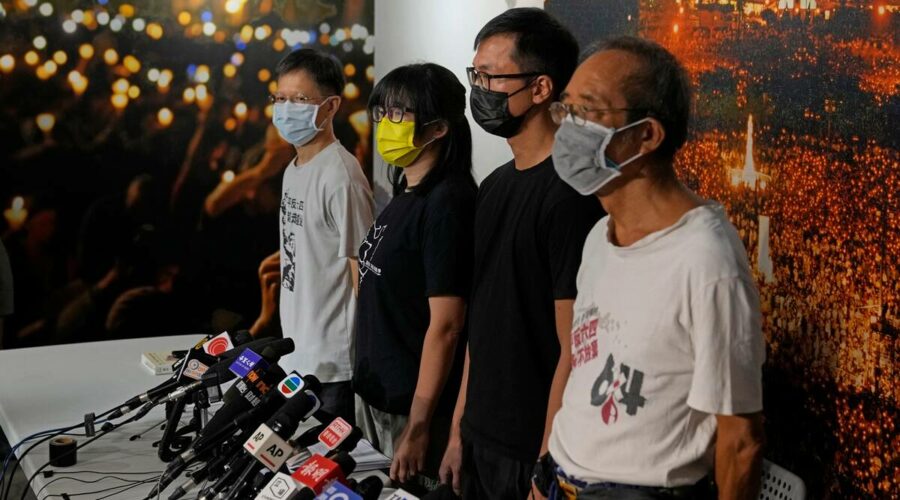 Activist and barrister Chow Hang Tung of the Hong Kong Alliance in Support of Patriotic Democratic Movements in China was arrested along with three others, the group said. 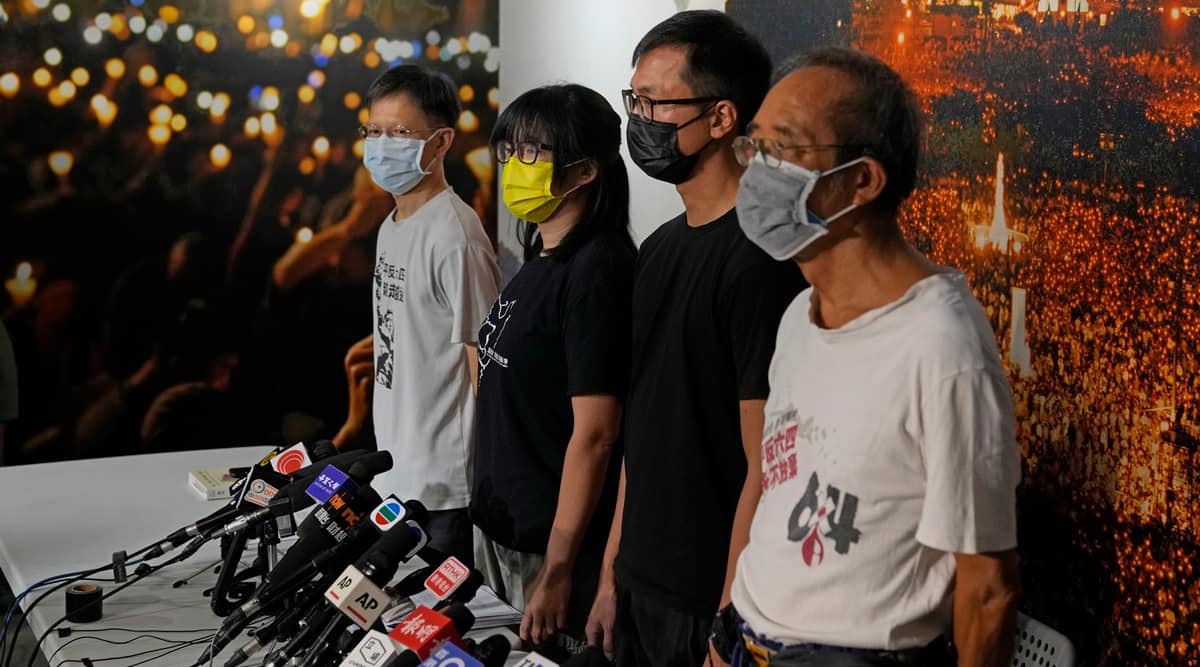 Hong Kong police on Wednesday arrested four members of a pro-democracy group that organises the annual June 4 rally to commemorate those who died in the bloody 1989 Tiananmen Square crackdown, in the latest blow to the opposition movement.

Activist and barrister Chow Hang Tung of the Hong Kong Alliance in Support of Patriotic Democratic Movements in China was arrested along with three others, the group said.

“I want to tell Hong Kongers that we need to continue to resist, don’t surrender to the unreasonable power quickly and easily,” Chow told media on Tuesday when she went to police headquarters to tell officers she would not provide information they had requested.

Police sent a letter to the alliance in August requesting information about its membership, finances and activities by Sept. 7, according to a copy the group sent to reporters.

The letter accused the alliance of being “an agent of foreign forces”. Failure to provide the information by the deadline could result in a HK$100,000 fine and six months in jail, the letter said. 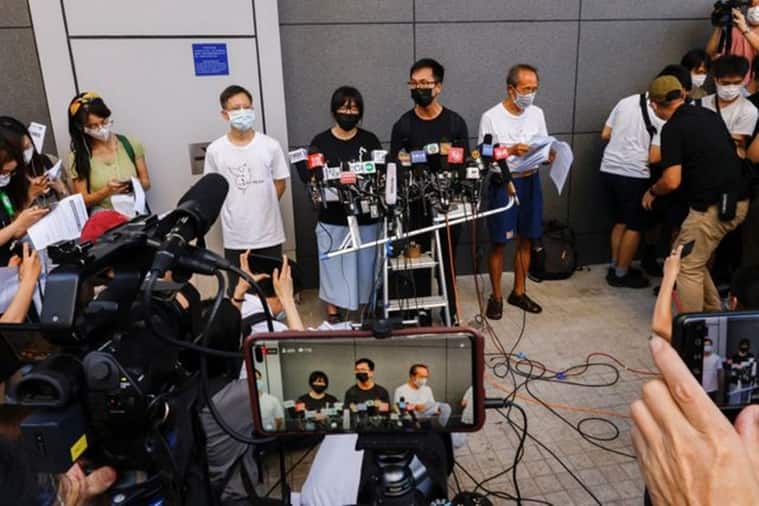 The National Security Department said it had arrested three men and one woman, aged 36 to 57, for failing to comply with national security law requirements. It did not identify them.

The department said investigations were ongoing and it did not rule out further arrests.

The national security law punishes what authorities broadly refer to as secession, subversion, terrorism and collusion with foreign forces with up to life in prison.

Chow’s arrest came hours before she was due to represent detained opposition politician Gwyneth Ho, who is charged with conspiracy to commit subversion under a Beijing-imposed national security law, at a bail hearing.

Ho withdrew her bail application at the High Court after Judge Esther Toh declined her request to lift reporting restrictions for the hearing.

Alliance leaders Albert Ho and Lee Cheuk-yan are already in jail over their roles in anti-government protests that roiled the city in 2019.

The group said in July that it had laid off staff members to ensure their safety and that half of its committee members had resigned.