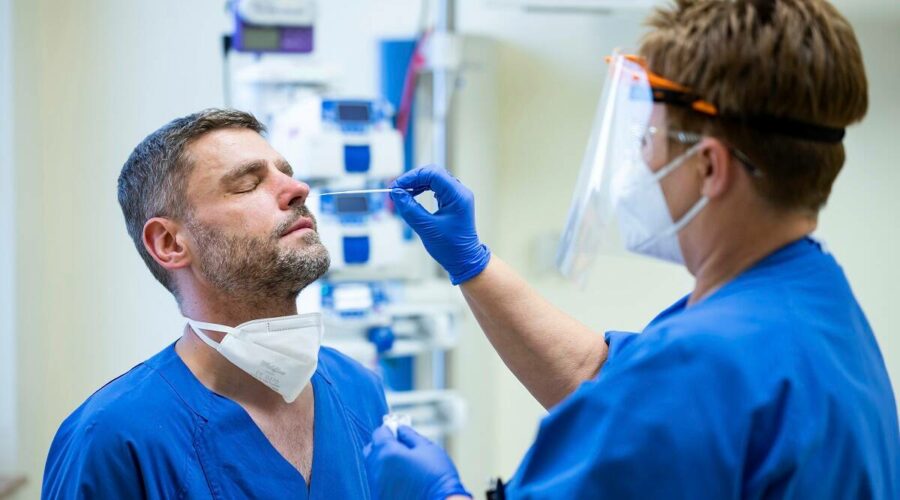 Christian Karagiannidis, scientific head of the German Interdisciplinary Association for Intensive Care and Emergency Medicine said the number of COVID-19 patients in intensive care could double. 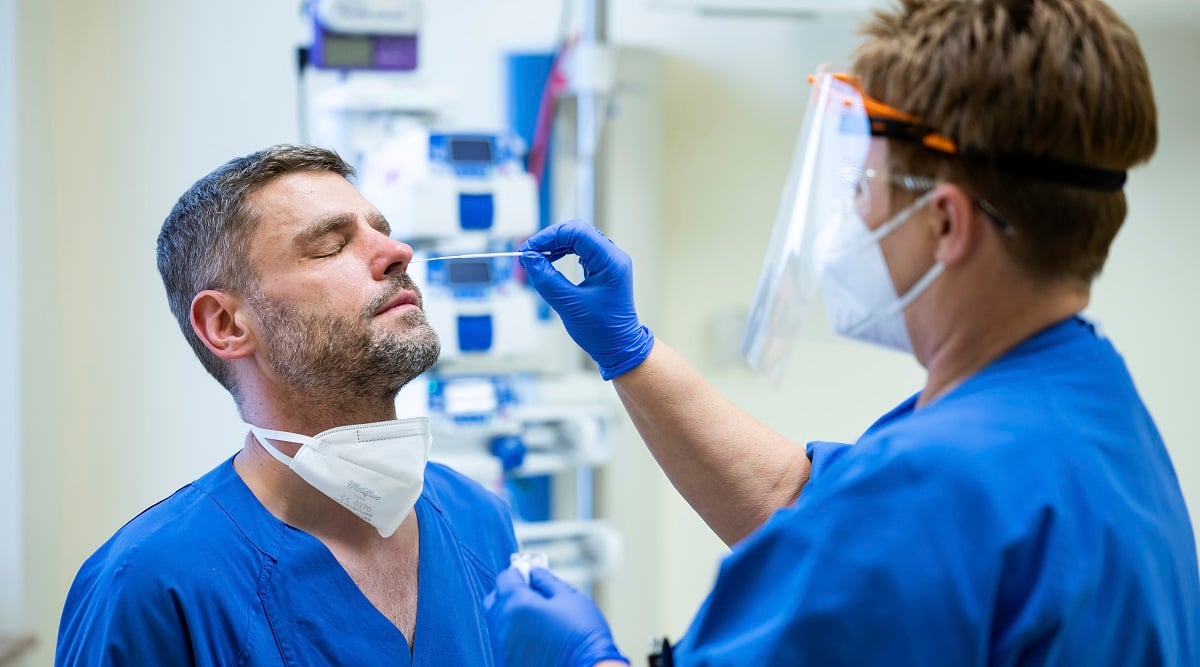 Germany logged a record seven-day incidence rate of over 200 on Monday, according to the latest data released by the Robert Koch Institute of infectious diseases (RKI).

The rate, which indicates the number of new COVID-19 infections per 100,000 people over the last week, is now the highest it’s been since the start of the coronavirus pandemic.

The previous record rate of 197.6 was set on December 22, 2020 — a time before vaccines were widely available.

What is the current pandemic situation?

The number of new cases in Germany rose by over 15,500 within the past 24 hours, according to German health officials — bringing the incidence rate to 201.1 on Monday.

The worst-hit regions are the eastern states of Saxony and Thuringia, followed by Bavaria.

Christian Karagiannidis, scientific head of the German Interdisciplinary Association for Intensive Care and Emergency Medicine (DIVI), told the Augsburger Allgemeine newspaper that the number of COVID-19 patients in intensive care could double.

“With an incidence of 300, we expect about 4,500 COVID patients nationwide, with wide regional variations,” he warned.

What effect are vaccinations having?

In comparison to the previous peak in infections, COVID vaccines are now freely and widely available across Germany.

Some 67% of the population — almost 56 million people — have been fully vaccinated. But the rate varies from region to region. The eastern state of Saxony, hit the hardest by the current wave, has a vaccination rate of just 57.1% while over 70% of people in the most populous state of North Rhine-Westphalia are fully vaccinated.

However, vaccines have dampened the impact of the rise in cases. The number of people who have been hospitalized with an infection is fewer than four per 100,000 people in the past seven days. During the previous peak in December 2020, it was over 15.

Why are teachers worried?

The German teacher’s association is particularly concerned about the rise of cases at schools.

“There are frightening rates of infection among children and young people,” teachers’ association president Hans-Peter Meidinger told the Redaktionsnetzwerk Deutschland.

“There’s a great danger that we will lose control of the pandemic in schools,” he added.

Meidinger called for face masks to be reintroduced for students, and for teachers to be tested daily if case numbers were very high.

Rising case numbers in Saxony are pushing authorities to introduce a “2G” rule to many areas of public life. The restriction means only vaccinated and recovered persons can access enclosed spaces.

In the southern state of Bavaria, stricter restrictions went into force on Sunday. Only vaccinated, recovered or PCR-tested citizens can go to bars and events in closed rooms.

What does the government want to do?

The three parties working on a new governing coalition, the center-left Social Democrats (SPD), the environmentalist Greens and the neoliberal Free Democrats (FDP), are already planning on restarting free tests.

“The abolition of the free tests was a mistake,” said FDP parliamentary party leader Marco Buschmann.

Politicians had hoped the move to make Germans pay for tests would push more people to get vaccinated. But the numbers of the inoculated have not increased significantly since then.

The proposed new coalition government, which is still in talks for a definitive working partnership, is also looking at requiring all nursing home workers and visitors to be tested daily, even if they are vaccinated.

Janosch Dahmen, health policy spokesman for the Greens, said he would like to see test results with QR codes “to be controlled exclusively digitally.”

11/11/2021 World Comments Off on Germany: COVID incidence rate jumps to over 200 for first time
India