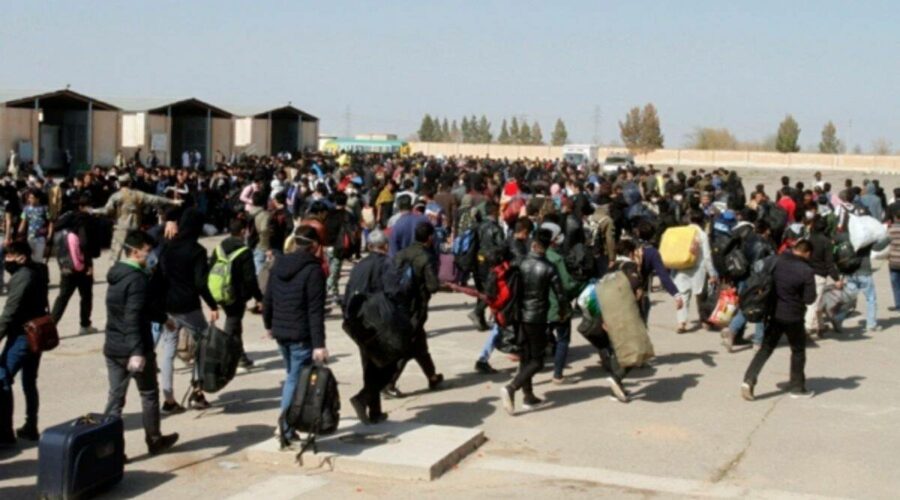 Albania, a NATO member that sent troops to Afghanistan to join the US-led effort to hold the Taliban at bay, has long helped people the United States doesn’t want or doesn’t know what to do with. 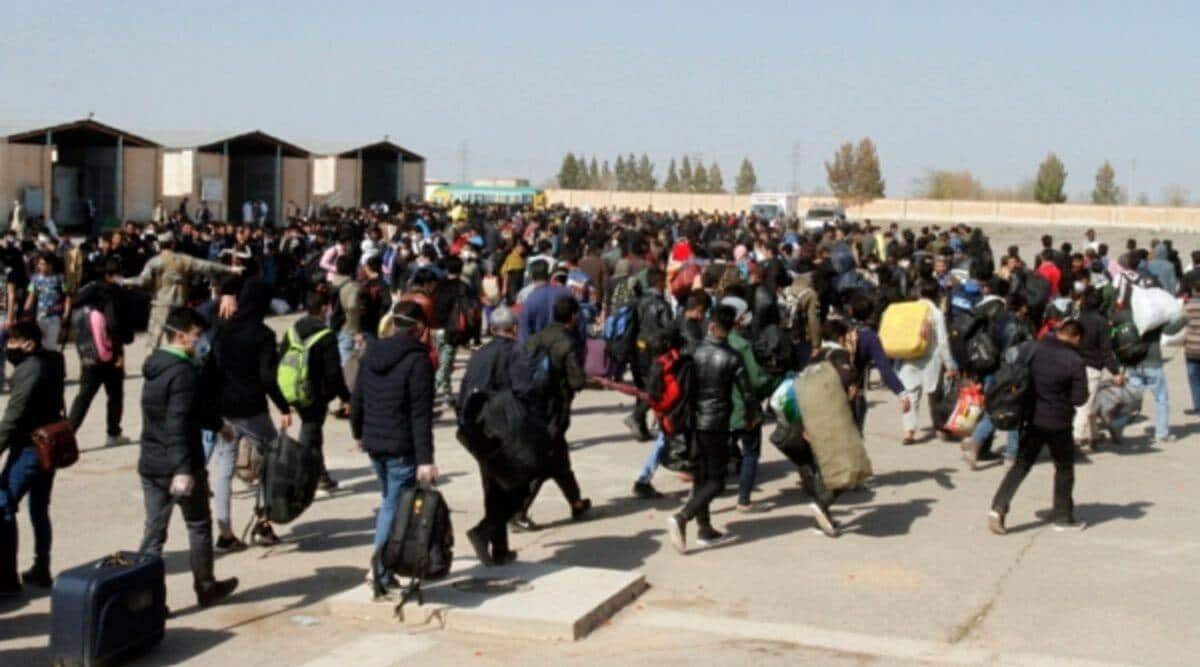 The medical student, in a trauma-induced trance after a week under Taliban rule and three days of terror waiting for a flight out of Kabul’s airport, looked out the window on her first day at her new home and saw the Statue of Liberty.

“I thought for a moment that perhaps I was in New York,” said Tahera, a 21-year-old student. But the statue, made of plaster instead of copper and located in northern Albania, a fiercely pro-U.S. country, was “much shorter than the real one,” she added, summoning up a wry sense of humor despite her harrowing ordeal.

The statue was an unintentionally taunting decoration, a kitschy flourish on the grounds of an Albanian beach resort housing more than 440 Afghans who fled Kabul after the city fell to the Taliban on Aug. 15.

Before being flown last week to Albania, a country she had never heard of, Tahera had hoped to escape to the United States or Britain, where she has an uncle. (The New York Times is using only Tahera’s first name to protect her family still in Afghanistan.) But with those countries and other wealthy nations wary of taking in refugees, she has found shelter in what is perhaps the world’s strangest and most luxurious refugee camp.

Albania, one of Europe’s poorest nations, has committed to taking in up to 4,000 refugees from Afghanistan, more than any other country. The 677 who have arrived, including about 250 children, are being housed in resorts along the Adriatic coast, a practice based on an emergency-response approach that Albania developed after a devastating earthquake in 2019, when people left homeless were put up in beach hotels.

Although the Afghans are grateful for the accommodations, the touch of luxury rings somewhat hollow for many.

Parwarish, an Afghan women’s activist who worked on projects funded by the US Agency for International Development, said that she was touched by the Albanians’ kindness but that she nonetheless was sleeping fitfully and having nightmares.

“I see my family dying in my dreams,” she said. “All this luxury is great if you have peace of mind. I don’t.”

The decision to welcome the Afghans appears to be popular in Albania, a country with a long history of its people taking flight. Providing for the refugees “is the right and natural thing to do,” Prime Minister Edi Rama said in an interview in Tirana, the capital.

While opposition politicians in France, Germany and other European nations regularly stoke fear of refugees and migrants to put pressure on government leaders, Rama’s opponents have mostly stayed quiet or supported his welcoming of Afghans.

“We don’t put people in camps. They are dehumanizing and where all the problems start psychologically,” the prime minister said. “We have been like them many times in our own history. They are just trying to escape from hell.”

Tahera, the medical student, shares a room with an Afghan woman who lost both of her hands in a bomb attack in Afghanistan. Now at a resort with three swimming pools and a long sandy beach, Tahera wants to learn to swim, keen to take her mind off the traumas. She also looks forward to learning to ride a bicycle, a form of exercise that Afghanistan’s conservative, patriarchal society frowns on for women.

Determined to keep her planned medical career on track, she is taking a first-aid course offered at the resort by an Afghan doctor from London.

Albania, a NATO member that sent troops to Afghanistan to join the US-led effort to hold the Taliban at bay, has long helped people the United States doesn’t want or doesn’t know what to do with.

When the US military decided in 2006 that a group of Chinese Uyghurs it had held captive for four years at Guantánamo Bay, Cuba, were not dangerous terrorists as China had maintained, Albania agreed to give them a place to live.

But Rama said of taking in the Afghans, “We are not doing this because the Americans asked us.”

Sensing that the US-backed government in Kabul would not last long as U.S. troops completed their withdrawal from Afghanistan, Rama first offered at a NATO summit in June to help with what he feared would be a flood of Afghan refugees. He urged other leaders to do the same. (A senior American diplomat in Tirana confirmed Rama’s account.)

But NATO leaders saw little reason for immediate worry. They stuck to Washington’s optimistic view that the Taliban were months or even years away from victory.

Two months later, Afghanistan fell to the Taliban, setting off an exodus of women’s activists, civil society workers, journalists and other Afghans who fear the Taliban.

In Albania, at the Rafaelo Resort, a cluster of four- and five-star hotels near the town of Lezhe, evacuees from Afghanistan eat in a separate restaurant that serves halal meals but mingle by the pool with tourists, mostly ethnic Albanians from neighboring Kosovo.

The Afghans’ room and board are covered by foreign organizations like the National Endowment for Democracy and the Yalda Hakim Foundation, which was set up by a BBC journalist of Afghan origin. George Soros’ Open Society Foundations are paying for 135 Afghans who worked with the organization in Afghanistan to stay at a high-end hotel and spa down the coast. (The organization negotiated a steep discount.)

The presence of veiled Afghan women on poolside lounger chairs at the Rafaelo Resort has come as a surprise to the paying guests, but none seemed to mind.

“I had no idea there were so many Afghans living here, but they don’t bother me,” said Besnik Zeqiri, a Kosovo Albanian émigré to the United States. “They are all humans and need to be protected.”

Liri Gezon, another tourist, said he had seen terrified Afghans at Kabul’s airport on television and was happy to see them safe in Albania. “They are not creating any problems for us and deserve to live like we do,” he said, recalling how hundreds of thousands of ethnic Albanians had fled Kosovo to escape marauding Serbian forces in the late 1990s and knew the trauma of flight.

Albania’s foreign minister, Olta Xhacka, said in an interview that the Afghan evacuees were originally expected to stay a couple of months while their visas for the United States were being processed. “But we are now working on the premise that they will stay in Albania for at least one year, maybe longer,” she said, adding that those unable to secure visas to move elsewhere would be welcome to stay in Albania.

Wahab, a journalist who helped run a US-funded news agency covering women’s issues in the western Afghan city of Herat, said he had never expected such deluxe facilities. He fled Afghanistan with his wife and three children, with help from the National Endowment for Democracy.

“We are luxury refugees,” he joked. “We go to the beach and see half-naked women. We sleep, eat and go to the beach. For most people this would seem like paradise.”

But Afghanistan keeps intruding. He can’t stop thinking about the eight Taliban checkpoints that stopped the bus he was traveling on with his family from Herat to Kabul, or seeing the Afghan capital for perhaps the last time as his evacuation flight took off. Kabul, which the Taliban had taken over a few days earlier, “looked very, very dark,” he said.

An editor, who asked not to be named because her family has received threats from the Taliban, said she had “lost all hope in Afghanistan” and believed that the United States was “in a way right to leave our country, because nothing was really changing.”

As a fiercely independent journalist who grew up in a family of Pashtun, Afghanistan’s most conservative and numerous ethnic group, she was herself evidence that some things could change. But the lightning-swift return of the Pashtun-dominated Taliban sounded the death knell for her media outfit.

“Any change we achieved has now been multiplied by zero,” she said. “We are back at naught.”

Tahera, the medical student, avoids discussions about why her world imploded so quickly.

She had never planned to leave Afghanistan, but as a woman and a member of the often persecuted Hazara minority, she decided that there was no future for her in a Taliban-ruled nation.

“I always told my family and friends, ‘I will never leave my country,’ ” she said. Yet her father urged her to go when the Yalda Hakim Foundation offered her a chance to get out, even though it meant leaving behind her parents, five sisters and an infant brother.

“I miss my family,” she said. “I miss my university. I miss Afghanistan. I worry all the time. There are just too many questions I don’t know the answer to.”

09/14/2021 World Comments Off on For Afghan refugees, a mix of luxury and trauma at Albania’s beach resorts
India