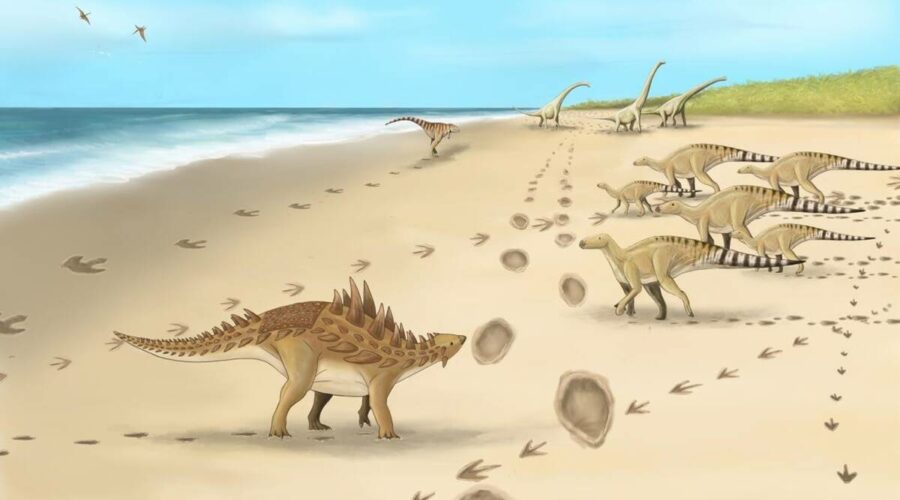 The footprints are believed to be from a variety of dinosaurs, indicating a high diversity of dinosaurs in southern England at the end of the Early Cretaceous period, some 110 million years ago. 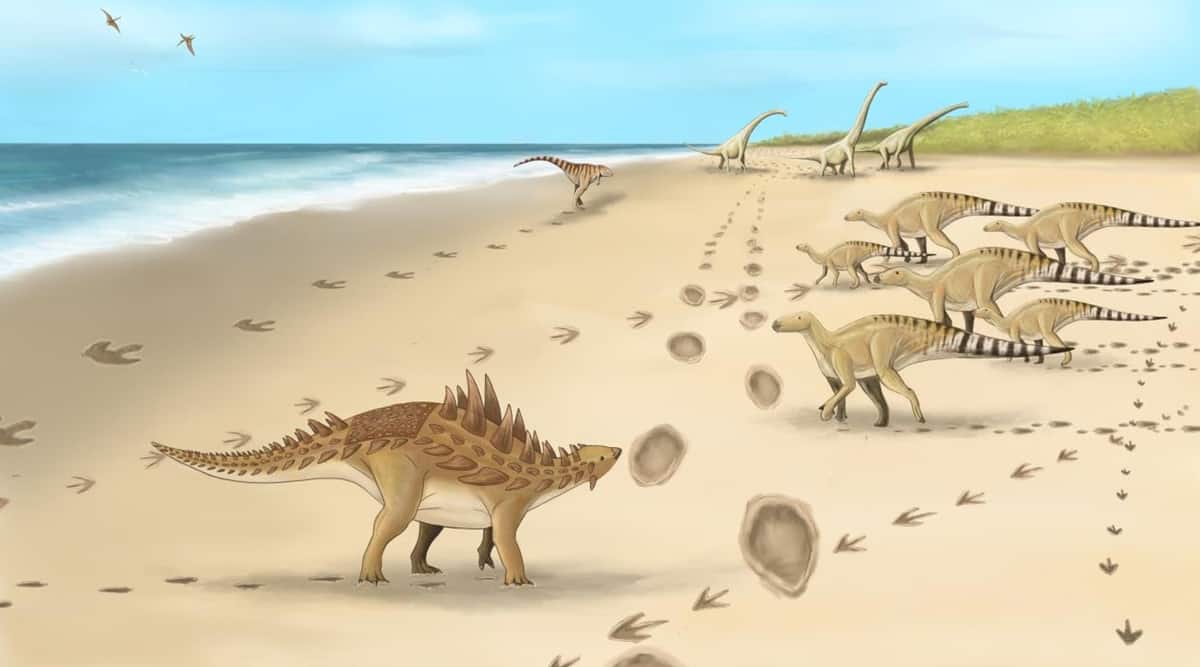 Footprints of at least six different species of dinosaurs have been discovered in Kent, United Kingdom by researchers, who believe they are of the very last dinosaurs to walk on UK soil some 110 million years ago.

The footprints were discovered on the cliffs and on the foreshore of the port town, Folkestone in Kent, where stormy conditions are constantly revealing new fossils.

“This is the first time dinosaur footprints have been found in strata known as the ‘Folkestone Formation’ and it’s quite an extraordinary discovery because these dinosaurs would have been the last to roam in this country before becoming extinct,” Professor of Palaeobiology, David Martill, said.

The footprints are believed to be from a variety of dinosaurs, indicating a high diversity of dinosaurs in southern England at the end of the Early Cretaceous period, some 110 million years ago.

“Back in 2011, I came across unusual impressions in the rock formation at Folkestone. They seemed to be repeating and all I could think was they might be footprints,” Philip Hadland, Collections and Engagement Curator at the Hastings Museum and Art Gallery said.

“This was at odds with what most geologists say about the rocks here, but I went looking for more footprints and as the tides revealed more by erosion, I found even better ones. More work was needed to convince the scientific community of their validity, so I teamed up with experts at the University of Portsmouth to verify what I’d found,” he added.

The duo believes the footprints belong to ankylosaurs, rugged-looking armoured dinosaurs which were like living tanks; theropods, three-toed flesh-eating dinosaurs like the Tyrannosaurus rex; and ornithopods, plant-eating ‘bird-hipped dinosaurs so-called because of their pelvic structure being a little bit similar to birds.

The largest footprint found – measuring 80 cm in width and 65 cm in length – has been identified as belonging to an Iguanodon-like dinosaur. Iguanodons were also plant-eaters, who grew up to 10 metres long and walked on both two legs or on all fours.

A paper on the discovery has also been published in the Proceedings of the Geologists’ Association and some of the footprints are kept on display at Folkestone Museum.