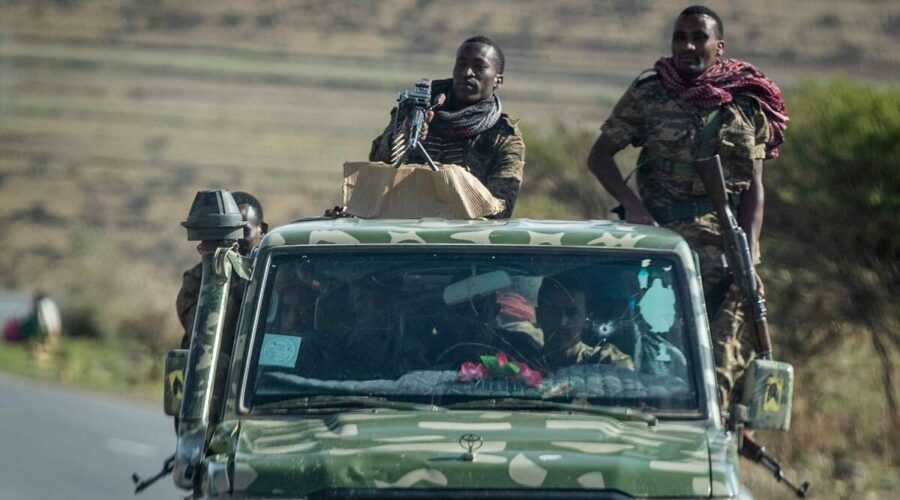 The swift turn in the nearly eight-month war has left people scrambling to understand the implications for the region of 6 million people as communications links were largely down. 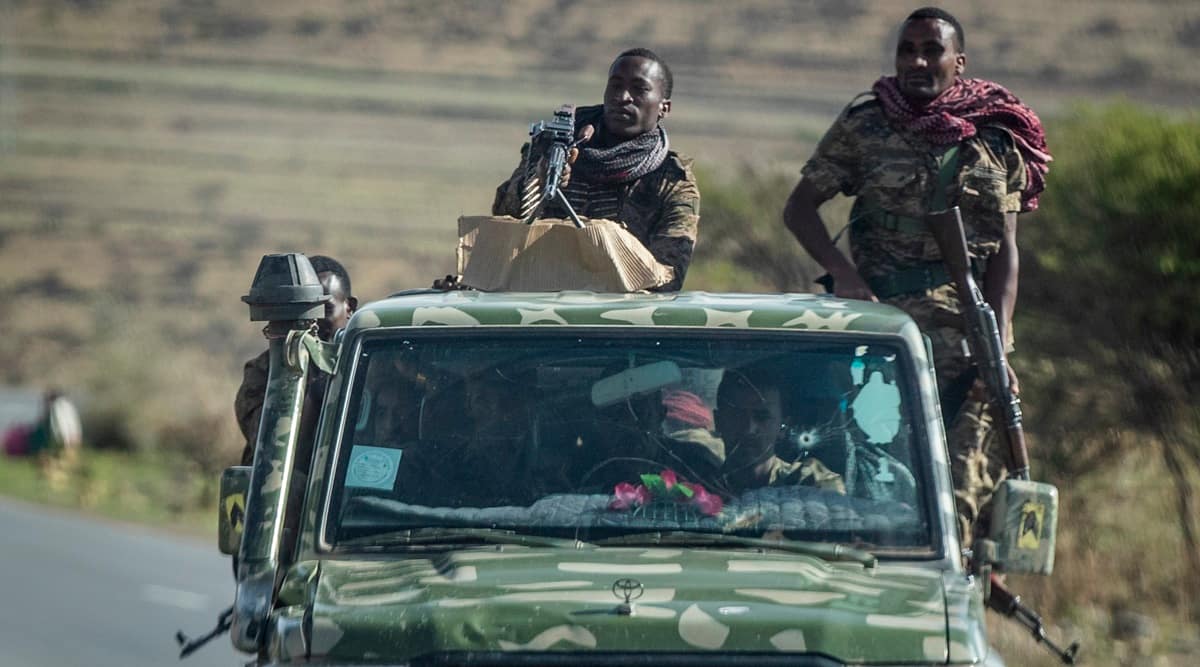 The swift turn in the nearly eight-month war has left people scrambling to understand the implications for the region of 6 million people as communications links were largely down. The people in close contact with witnesses who confirmed the withdrawal spoke on condition of anonymity for their safety.

Eritrean soldiers, accused by witnesses of some of the war’s worst atrocities, left the towns of Shire, Axum and Adwa but it was not immediately clear whether they had left other communities, where they were going, or whether the retreat was temporary. The information ministry of Eritrea, described by human rights groups as one of the world’s most repressive countries, did not immediately respond to questions.

“We don’t yet know if they are withdrawing,” the acting US assistant secretary of state, Robert Godec, told the House of Representatives Committee on Foreign Affairs on Tuesday. He added the US still has seen no statement from Eritrea, nor from the Tigray fighters, saying they are committed to the cease-fire.

Tigray’s former leaders said they are now in control of the regional capital, Mekele, after “what appears to be a significant withdrawal of Ethiopian national defense forces from Tigray,” Godec said. The Tigray leaders, who have waged a guerrilla war since November after a political falling-out with the government of Prime Minister Abiy Ahmed, in a statement issued overnight called on supporters to “intensify their struggle until our enemies completely leave Tigray.”

The spokesman for the Tigray forces, Getachew Reda, could not immediately be reached. An Ethiopian military spokesman did not answer the phone.

The arrival of Tigray forces in Mekele on Monday was met with cheers after the interim regional administration, appointed by Ethiopia’s government, fled.

Tigray fighters then moved into Shire on Tuesday, their latest gain after some of the most intense fighting of the war in Africa’s second most populous country. Shire in recent months saw the arrival of hundreds of thousands of people fleeing intimidation in western Tigray and is a key staging area for humanitarian aid.

Tigray forces are now in control of much of the region after a major counteroffensive with mass popular support, International Crisis Group analyst William Davison said in a statement.

Preventing growing famine conditions in the region “has to be the priority of the TDF’s leadership, given their forces are now in a position to facilitate access to many previously hard to reach areas,” Davison said, urging Ethiopia’s government not to sabotage the urgent humanitarian efforts.

Major questions remained about the fate of the more than 1 million civilians that the United Nations has said remain in parts of Tigray that have been hard, if not impossible, to reach with aid. The United States has said up to 900,000 people now face famine conditions, in the world’s worst hunger crisis in a decade.

That famine “is entirely man-made,” the acting US assistant secretary of state said.

Sarah Charles, assistant to the administrator for the United States Agency for International Development, told the same hearing that the next week or two will be consequential. She urged Ethiopia to lift a “communications blackout” on Tigray and said forces from the neighboring Amhara region who have occupied western Tigray must lift checkpoints on key roads for aid delivery.

Ethiopia has said the cease-fire is in part for the delivery of aid but will last only until the end of the crucial planting season in Tigray — which is in September.

In Ethiopia’s capital, Addis Ababa, people said they weren’t sure who to believe amid the battlefield claims, and hoped for peace.

“It’s the innocent children, farmers and the poor people that are at the front of the war and are suffering,” resident Biruk Dessalegn said.