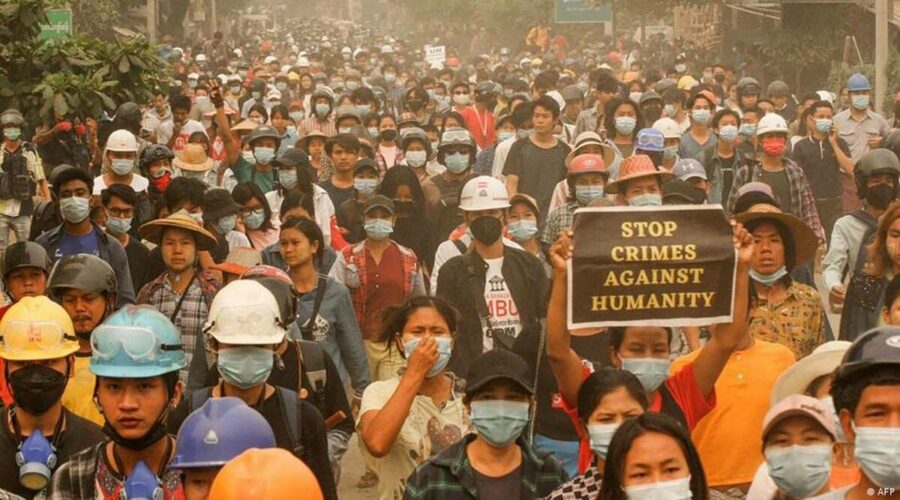 Nations including Germany and the US jointly decried the military violence which resulted in over 100 deaths in one day. Protesters have returned to the streets of Yangon and Mandalay in further defiance of the junta. 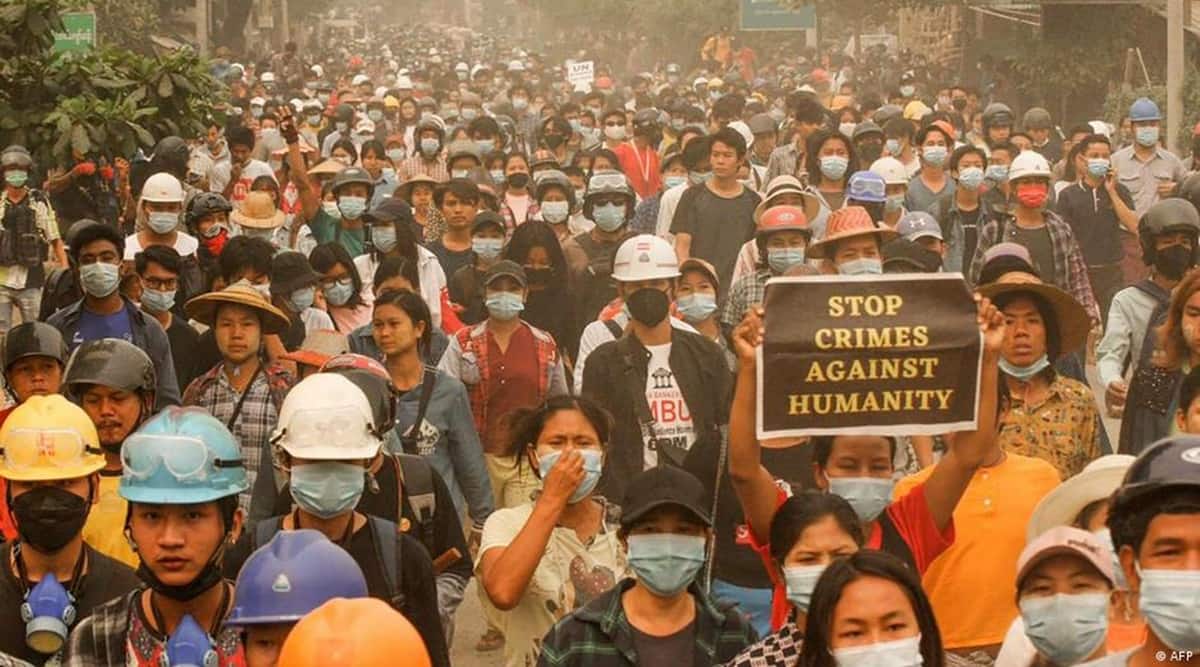 The US, Britain, Germany, Italy, Denmark, Greece, the Netherlands, Canada, Australia, New Zealand, South Korea and Japan issued the statement, a day after Myanmar’s deadliest day of protests since the military coup in February.

“We condemn the use of lethal force against unarmed people by the Myanmar Armed Forces and associated security services,” the statement read.

The military chiefs called on Myanmar’s armed forces to cease violence and work to “restore respect and credibility with the people of Myanmar, that it has lost through its actions.”

“A professional military follows international standards for conduct and is responsible for protecting — not harming — the people it serves.”

How have other leaders reacted?

He tweeted: “It is the task of security forces to protect the population. Instead, the military killed peaceful protesters and even children. My thoughts and sympathy are with the families of the victims.”

In the United States, Secretary of State Antony Blinken said in a tweet that his country was “horrified by the bloodshed perpetrated by Burmese security forces, showing that the junta will sacrifice the lives of the people to serve the few.”

The EU delegation to Myanmar said Saturday would “forever stay engraved as a day of terror and dishonor.”

Myanmar’s military celebrated Armed Forces Day on Saturday with parades and speeches, despite the non-stop protests against its seizure of power last month.

A tally by the independent Myanmar Now news portal reported 114 people killed across 44 towns and cities, while a count by The Irrawaddy put the toll at 59 dead, among them three children aged 7, 10 and 13 years.

The total death toll since the coup is now over 420, according to local monitoring group Assistance Association for Political Prisoners (AAPP).

Funeral services were also held on Sunday for some of the victims of Saturday’s events.

“Junta forces shot machine guns into residential areas, resulting in many civilians, including six children between ten and sixteen years old, killed,” AAPP said. “The fact the illegitimate military regime is targeting children is a grave act of inhumanity.”

Rebels in eastern Myanmar’s Karen state said they had been targeted in airstrikes late Saturday, hours after the ethnic armed group seized a military base. Activists said that at least three people were killed, in what was the first aerial assault in 20 years in the state.

The assault targeted the Fifth Brigade of the Karen National Union (KNU), one of the country’s largest armed groups, which says it represents the ethnic Karen people.

Meanwhile, protesters returned to the streets on Sunday despite Saturday’s events. Demonstrations were held in Yangon and Mandalay, the country’s two biggest cities, and in other areas.

“This movement against the military coup is not going to stop,” said DW correspondent Dave Grunebaum. “They are just furious at the nighttime raids and the way this military is trying to terrorize the civilian population.”

In recent days, the junta has portrayed the demonstrators as the ones perpetrating violence for their sporadic use of Molotov cocktails. On Saturday, some protesters in Yangon were seen carrying bows and arrows.

The military has said its use of force has been justified to stop what it has called rioting.