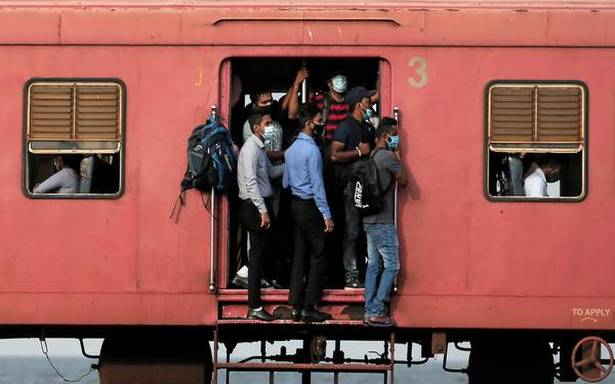 As the number of daily cases of COVID-19 continues to rise in Sri Lanka, following a new wave identified at a garment factory earlier this month, the spotlight has fallen on two issues. One, the source of these infections, and the other, the plight of workers engaged in the apparel factories that fetch precious foreign exchange.

Although Sri Lanka contained the pandemic effectively in the last few months, the latest outbreak is the biggest test yet to the country’s much-hailed pandemic response from the public health sector with the Army’s support. Especially since authorities are yet to track down the source of the latest cluster, unlike in the previous waves of COVID-19 infections in the country.

Sri Lanka’s Chief Epidemiologist Dr. Sudath Samaraweera has said the women worker who tested positive on October 4 may not be the first case, while cautioning the public about a more virulent strain of the virus attack this time.

The recent bout of infections — nearly 2,000 new cases in the last 10 days — is witnessing the steepest rise in cases in Sri Lanka since the global pandemic hit the island nation in March. The new cluster, known as the ‘Brandix cluster’, referring to the garment factory where it broke out, has infected several hundred workers and their contacts in the last two weeks.

The Army has since been leading an extensive contact-tracing exercise to find all those that the over 1,000 workers — who tested positive — may have met. They have so far traced patients from 21 out of Sri Lanka’s 25 districts. Curfews have been limited to areas around the cluster, in contrast to the government’s earlier response of shutting down the entire country for two months.

“Our main strategy is the same as before — to trace, isolate and provide swift treatment to those found infected. This time, we find more middle-aged and older people infected,” Dr. Jayaruwan Bandara, spokesperson of the Ministry of Health told The Hindu on Thursday.

Meanwhile, trade unionists and activists have voiced concern about the treatment of workers — those infected and others. Addressing reporters on Thursday, Sandun Thudugala of the Law and Society Trust said in several instances, Army personnel visiting the workers at their boarding rooms gave them only a few minutes to pack up and leave for the quarantine centre. “Sometimes, they are made to travel with their colleagues who tested positive. Many praised the military for their work in running quarantine centres, but why are these workers being treated differently, like second-class citizens?” he asked.

Further, the new wave has also made the workers’ employment more uncertain, according to Anton Marcus, joint secretary, Free Trade Zones and General Services Employees Union. “There are some 37,000 workers engaged in the Free Trade Zone in Katunayake [near Colombo]. Following the two-month curfew earlier, several of them lost their jobs and their employment benefits were withdrawn. Workers are also complaining of very poor facilities in their quarantine centres. We have urged the government to look into this,” he said. The Employer’s Federation of Ceylon has estimated job cuts for 21% of the labour force in the export sector.