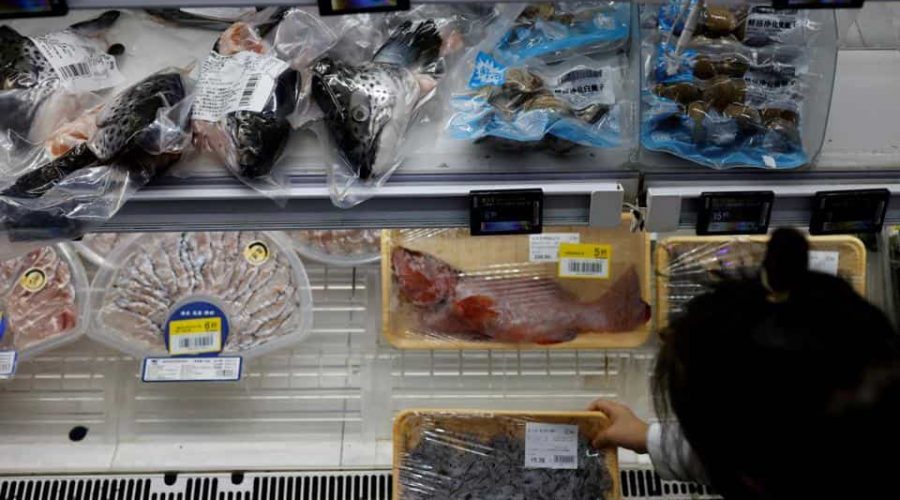 Coronavirus samples were detected on frozen pomfret packets exported from India to southern China, Chinese customs said on Wednesday, leading to the sealing of cold storage areas and nucleic acid testing for the local staff at the port.

The latest detection comes a week after authorities suspended imports from an Indian company after the virus was found on three cuttlefish packages.

Experts say that it isn’t unusual for frozen packages to have traces of the Sars-CoV-2 if handled by an infected person, though that would be an unlikely route to infect more people – it would depend on a complicated series of events.

China, however, has said that earlier in November a worker in a refrigerated warehouse in Tianjin city near Beijing was infected with Covid-19 after handling pork imported from Germany.

The packaging was initially imported from Bremen in Germany to Tianjin and from there to the city of Dezhou in Shandong province.

On October 17, the Chinese Centre for Disease Control (CDC) had announced it had isolated active Sars-CoV-2 on packs of imported fish linking it to a recent outbreak in the city of Qingdao.

Even if the links are unclear, the Chinese government has stepped up checks on frozen meat and seafood imports, testing hundreds of thousands of frozen packages for the virus.

Official data available until September 15 say that a total of 2.98 million samples had been tested across the country’s 24 provincial-level regions by that date, including 670,000 taken from cold-chain food or food packagings, 1.24 million from working staff, and 1.07 million from the environment.

Whenever the virus has been detected on frozen packages, China has suspended imports from that particular company for at least a week.

It was during a similar check that local Chinese authorities reported two new cases of coronavirus-contaminated cold-chain imports on Wednesday, with two Indian frozen pomfret packages and one Russian frozen salmon packaging sample tested positive for the virus, General Administration of Customs of China said in a statement on Wednesday.

The batch of Indian pomfret entered the country at Fuzhou port in eastern China’s Fujian province.

A total of 2,500 packages were transported to a cold storage facility on Sunday.

According to the Chinese CDC, 2,117 pieces are still in stock, and 383 pieces have been sold.

“All related goods have been sealed up and have not entered the terminal market,” a state media report said.

The report added that all involved cold storage workers, cold storage staff and related contacts have been put in centralised isolation and medical observation after nucleic acid testing.

No details of the exporting Indian company were given in the statement.

Also on Wednesday, Chinese customs announced that a nucleic acid test on one frozen salmon packaging sample imported from Russia came back positive.

State media reports said that wasn’t the first time that frozen food imported from India was found to have the virus upon reaching China.

Earlier this month, packages of frozen hairtail, a fish, tested positive in Taiyuan the capital of Shanxi province in north China.

The coronavirus was also detected on imported seafood and meat packages from other countries, according to state media reports.

“China earlier reported two cases of coronavirus-contaminated imported frozen products on Sunday, one in Sishui, East China’s Shandong province, and the other in Xi’an, Northwest China’s Shaanxi province, pushing the number of cold-chain virus contaminations to at least 10 provincial regions in the country since June,” the tabloid Global Times reported on Wednesday.

Since June, more than 10 provinces and cities, including Beijing, Liaoning, Anhui, Fujian and Jiangxi, have discovered coronavirus-positive samples taken from imported frozen food or food packaging.

China’s State Council issued guidelines on November 9 on cold-chain food disinfection regulating that imported frozen products must be traceable and go through closed-loop management throughout the entire process of export.

Until Wednesday, nearly 3,700 imported Covid-19 cases had been reported on the mainland.

The total number of confirmed Covid-19 cases stands at 86,369 while the death toll remained unchanged at 4,634.