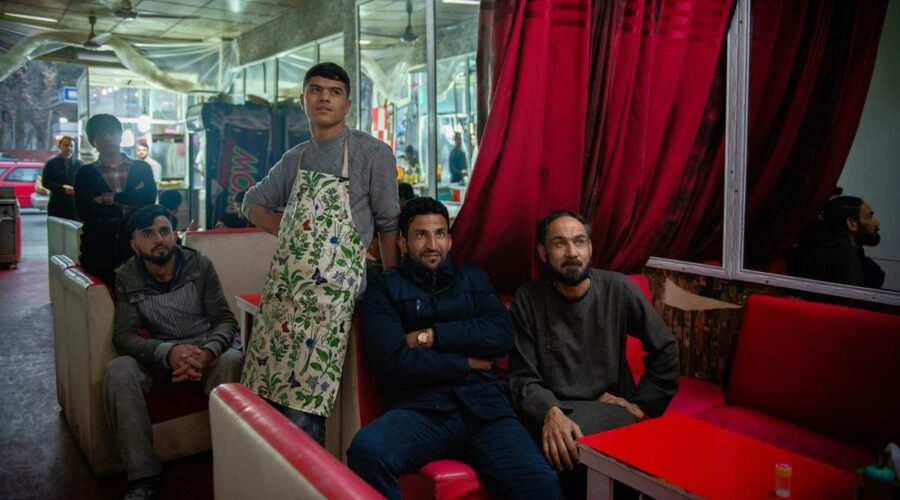 Since the Taliban captured Afghanistan’s capital, Kabul, on Aug. 15, however, Tolo’s usual lineup is being supplemented by something else: educational programming about Islamic morality. Over the past two decades, the Afghan broadcaster Tolo has been known for provocative programs such as “Burka Avenger,” in which an animated superheroine uses martial arts to vanquish villains trying to shut down a girls school.

Since the Taliban captured Afghanistan’s capital, Kabul, on Aug. 15, however, Tolo’s usual lineup is being supplemented by something else: educational programming about Islamic morality. Whether its menu of pop music and female television hosts will survive in the Taliban’s new Islamic Emirate of Afghanistan will be a barometer of the insurgents’ tolerance for dissenting views and values.

“To be honest, I’m still surprised we are up and running,” said Tolo co-owner Saad Mohseni, an Australian Afghan former investment banker who started Moby Group, which owns Tolo, in 2002. “We know what the Taliban stand for.” 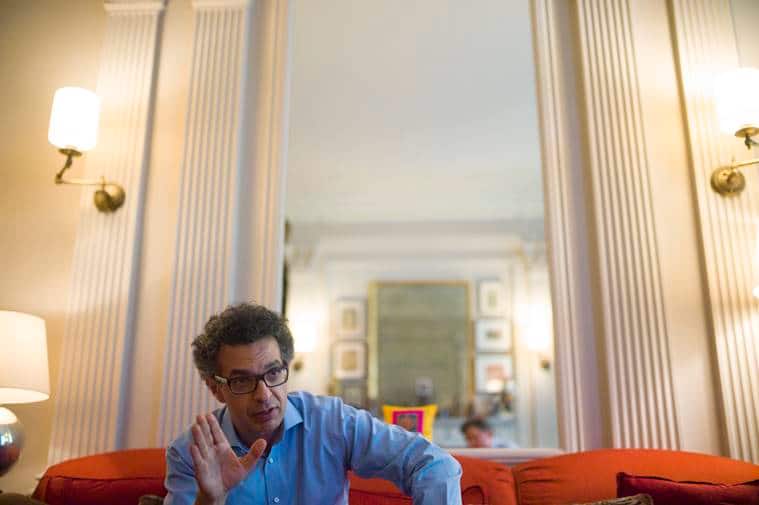 Keen to gain international legitimacy, the Taliban have been seeking to rebrand themselves as more moderate since they stormed Kabul, offering former rivals amnesty and urging women to join the government. They have vowed to support media freedom, on the condition that outlets subscribe to “Islamic values.” A Taliban spokesperson even appeared on a Tolo news program hosted by a female anchor just days after the group captured Kabul.

But journalists and human rights advocates say there are ominous signs that a violent media clampdown is underway. Taliban fighters hunted a journalist from Deutsche Welle, a German broadcaster, who had already left the country, shooting dead a member of his family and seriously injuring another, according to the broadcaster.

Mohseni said Ziar Khan Yaad, a Tolo journalist, and a cameraman were beaten by five Taliban at gunpoint while out reporting Wednesday. He said the Taliban jumped out of a Land Cruiser and confiscated their equipment and cellphones. The Taliban have also barred at least two female journalists from their jobs at the public broadcaster Radio Television Afghanistan. And the female anchor at Tolo, who grabbed global headlines when she interviewed a Taliban spokesman, has since fled the country, along with many other journalists.

Khadija Amin, an anchor with the public broadcaster, said in a phone interview that, on the day the Taliban entered Kabul, one of the militants took her place at the station.

The Taliban also warned the women of Afghanistan that it might be safest for them to remain home until rank-and-file Taliban fighters have been trained how not to mistreat them. “We are in a very bad situation,” Amin said, adding that male journalists were now afraid to sit next to their female colleagues or even talk to them. “There is no longer space for us here,” she said.

Tolo rose to prominence after the United States toppled the Taliban in 2001, tapping into Afghans’ pent-up hunger for news and entertainment after the insurgents’ ban on independent news, music and film. Today, Tolo is Afghanistan’s largest and most popular broadcaster, with its Pashto- and Dari-language channels viewed by an estimated 60% of Afghans who watch television and listen to the radio.

In 2003, armed with a $220,000 grant from the U.S. government, Mohseni started a radio station, Arman FM, which played Afghan and Indian pop music. His American benefactors thought he was “crazy,” Mohseni recalled: Afghanistan barely had electricity, and there were no shampoo or soft drink companies to advertise. But within months, Arman became a national sensation with listeners blasting the station from speakers on the streets of Kabul.

Today, his Moby Group has about 500 employees in Afghanistan and broadcasts across South and Central Asia and the Middle East.

Longtime Afghanistan watchers say it is hard to underestimate the influence that Tolo has had in shaping Afghanistan’s swaggering media culture. “Tolo was the pioneer,” said Andrew North, a former BBC journalist who trained Afghan journalists. “They arrived and shook things up, and everyone else followed.”

In January 2016, the Taliban took aim at Tolo, when a suicide bomber slammed his car into a bus carrying employees of Tolo TV, killing seven staff members and injuring 15 others. The Taliban accused Tolo of “promoting obscenity, irreligiousness, foreign culture and nudity.”

Mohseni stressed that this time around, the Taliban would face an uphill struggle to suppress the news media in a country that had been radically transformed in the past 20 years.

The Afghanistan that the Taliban conquered this month has a vibrant media culture, with roughly 170 radio stations across the country and dozens of television stations in Kabul alone. They broadcast everything from hard-hitting news documentaries to game shows. Social media has also offered a cacophonous outlet for debate — and dissent.

“The media in Afghanistan has been one of the greatest achievements over the past 20 years,” Mohseni said. “It is dangerous, we are in a tough neighborhood, but you have been able to express yourself.”

Mohseni said a wholesale clampdown on the news media would also prove difficult in the era of TikTok and Twitter. About 60% of Afghans are 25 or younger, he noted, and they had come of age with mixed classrooms of male and female students; uncovered women; and Snapchat.

“Today’s Taliban are savvy. They check or ban smartphones and WhatsApp in remote villages. They can monitor phones,” he said. “But the country has changed, the population is young, and the Taliban will not suddenly be able to deprogram people and tell them the world is flat when they know that it is not.”

Massoud Sanjer, director of content for Tolo’s entertainment arm, recalled that during the last Taliban rule, he watched foreign films such as “Braveheart” by installing a banned satellite dish on his roof, hidden behind a concrete wall.

“Afghans know how to adjust to circumstances,” he said.

Mohseni said that after entering Kabul, the Taliban visited Tolo’s compound, confiscated all the state-issued weapons and offered their protection. He said Tolo politely declined.

Although many female journalists have fled, he added, some have continued to report on the ground despite his pleas for them to stay at home.

Although he said Tolo’s news content wasn’t being censored, a review of recent coverage on Tolo’s “6 P.M. News” showed some signs of self-censorship. Stories about what a future Taliban government may look like are conspicuously absent or underplayed, as are profiles of Taliban leaders.

Tolo, nevertheless, has not shied away from reporting on Taliban misbehavior or Afghan dissent, including the resistance movement in Panjshir and the thousands of Afghans desperately trying to escape.

Lotfullah Najafizada, director of Tolo News, said that after Kabul fell, there had been internal debate at the broadcaster about whether to shut down. But he said a decision was made to remain on air.

“Shutting down would’ve been a statement to the Taliban,” he said, adding, “We don’t get daily orders from the Taliban. We cover what we think is news.”

But Afghan journalists and advocates of a free media fear that hard-fought advances may soon disappear.

Samiullah Mahdi, a former Tolo manager and lecturer at Kabul University, said journalists like him had spent 20 years trying to build a pluralistic media industry, refusing opportunities abroad. Now, many — himself included — are fleeing.

“Microphones and cameras versus AK-47s,” he said. “That’s a hard battle.”

Confronting that reality, Mohseni said he had prepared a contingency plan. He would broadcast Tolo from Europe or the Middle East if it is shut down.

08/31/2021 World Comments Off on Can Afghanistan’s leading broadcaster survive the Taliban?
India