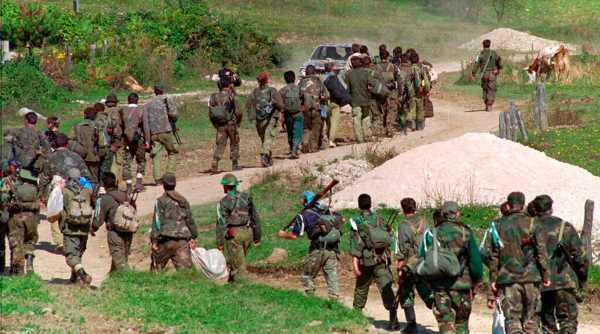 More than a generation after the shooting and shelling stopped, full peace still feels elusive in Bosnia, where the April 1992-Dec. 1995 war gave rise to an ethnic cleansing campaign and Europe's first genocide since World War II. 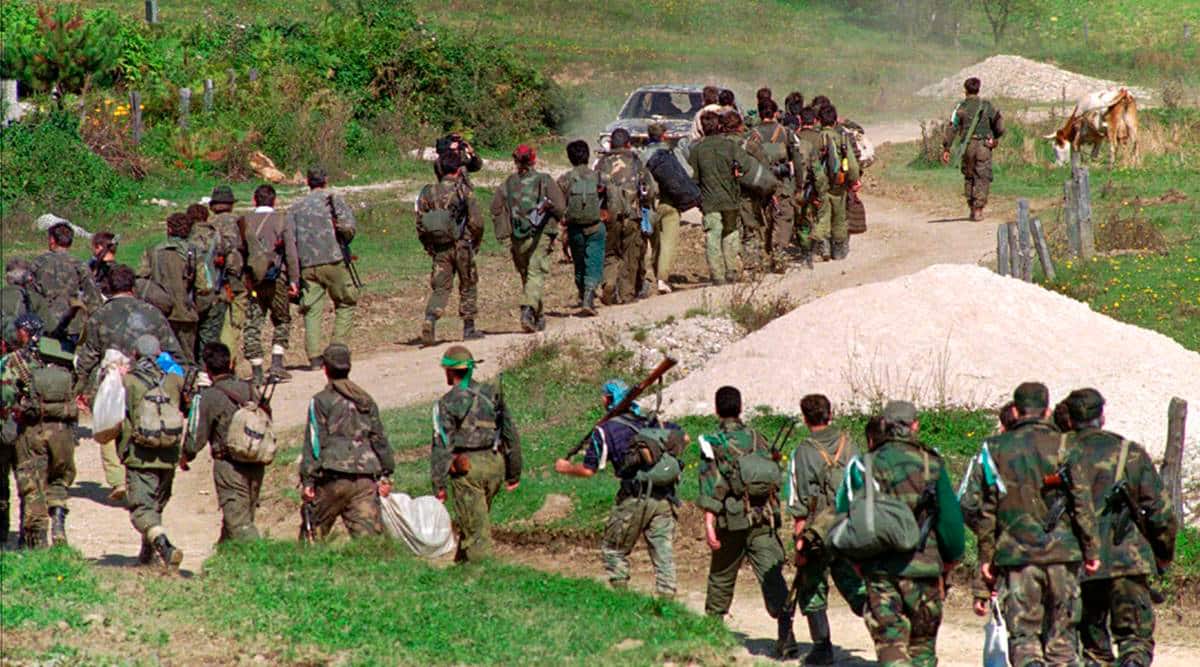 As their ethnic leaders gathered around a table outside Dayton, Ohio, to initial a US-brokered peace deal a quarter-century ago, Edisa Sehic and Janko Samoukovic still were enemies in a war in Bosnia that killed over 100,000 people.

But the two, one an ethnic Bosniak woman and the other an ethnic Serb man, have often come together in recent years to visit schools and town halls where they talk about the futility of war from their first-hand experiences.

In many ways, Bosnia today is a country at peace, a testament to the success of the Dayton Accords, which ended more than 3 1/2 years of bloodshed when they were endorsed 25 years ago on Saturday.

But more than a generation after the shooting and shelling stopped, full peace still feels elusive in Bosnia, where the April 1992-Dec. 1995 war gave rise to an ethnic cleansing campaign and Europe’s first genocide since World War II.

Some Bosnians hope the election of Joe Biden as the next US president will bolster change by renewing Western interest in the country, one of Europe’s poorest. Biden visited Bosnia in 2009 as vice president, becoming the last key US leader to do so.

When the Dayton peace agreement was reached in 1995, Sehic was a soldier with the Bosnian government army and Samoukovic was fighting with Bosnian Serb troops seeking to dismember the country and unite the territory they claimed for their own with neighboring Serbia.

The war was sparked by the break-up of Yugoslavia, which led Bosnia to declare its independence despite opposition from ethnic Serbs, who made up about one-third of its ethnically and religiously mixed population.

Armed and backed by neighbouring Serbia, Bosnian Serbs conquered 60% of Bosnia’s territory in less than two months, committing atrocities against their Bosniak and Croat compatriots.

Before the war was over, some 100,000 people had been killed and upward of 2 million, or over a half of the country’s population, driven from their homes.

Samoukovic, a Bosnian Serb who, just like Sehic, was 23-years-old in 1992, did not crave war. He chose to not leave his home in Pazaric, a small town on the outskirts of Sarajevo. But he and his father were soon arrested by Bosniaks and taken to a makeshift internment camp where prisoners were beaten, used as forced labour and deprived of food.

Sehic, a Muslim, had taken up arms in the early days of the conflict after her older brother was severely injured while defending Maglaj, their hometown in central Bosnia, from the advancing Bosnian Serb forces.

She met her husband on the frontline and mourned his death in battle three months after giving birth to their daughter and six months before the war’s end. Like most other parts of Bosnia, the towns where the two grew up had ethnically mixed populations before the war.

“When the (peace) agreement was reached, I was happy that there will be no more blood and death around us, hopeful that together we can start building a better future,” Sehic said. “But as time went by, I realised that the shooting had stopped, but little else had changed.”

While it brought an end to the fighting, the Dayton Accords formalised the ethnic divisions, establishing a complicated and fragmented state structure with two semi-autonomous entities, Serb-run Republika Srpska and a federation shared by Bosniaks and Croats, linked by weak joint institutions.

The deal “was essentially an armistice struck between a collection of warlords who are still present in the country, but had refashioned themselves as political leaders,” said Jasmin Mujanovic, a US-based political scientist of Bosnian origin.

In the immediate post-war years, the international community kept Bosnia on a reform course, pressuring its leaders to accept painful compromises in return for financial and other support.

But over a decade ago, as the international focus shifted to other global crises, Bosnia was mostly left to its own devices, exposed to the growing influence of Russia, China and Turkey.

Increasingly employing divisive nationalist rhetoric as a smoke screen, the political elites of all ethnic stripes have taken control of all levers of government for the benefit of their partisan loyalists.

Their “criminal-political syndicates … have been blocking significant democratic reforms for decades,” Mujanovic said.

Facing the imminent danger of economic collapse, Bosnia is in dire need of constitutional reform, but the process “cannot even commence” without direct engagement of the United States, Mujanovic believes.

Some in Bosnia, where nearly half of the population lives under or close to the poverty line, hope that US interest will increase under Biden.

“I hope that we shall be on the agenda of the Biden administration so that we can finally put behind what happened (during the war) and look into the future,” said Haris Silajdzic, Bosnia’s war-time foreign minister and a Bosniak member of its government’s delegation in Dayton, Ohio, in 1995.

While agreeing that only the US can help fix Bosnia’s broken constitution, Mujanovic said real change will also require “the will, the pressure and engagement” of the country’s citizens.