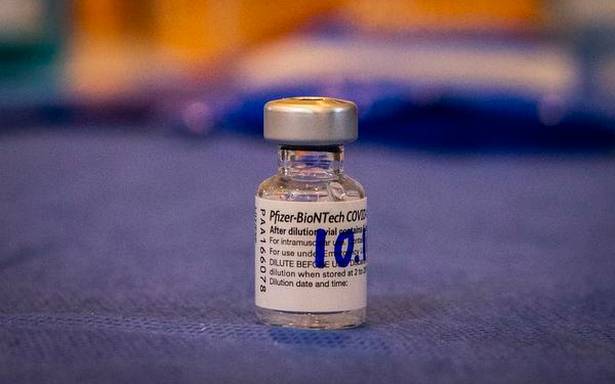 This brings the total number of doses the U.S. is sending abroad to 1.1 billion

U.S. President Joe Biden will announce that the U.S. is going to buy another half a billion doses of the Pfizer COVID-19 vaccine for distribution to low and lower middle income countries. This brings the total number of doses the U.S. is sending abroad to 1.1 billion, a senior administration official said.

Half a billion Pfizer doses were already promised in the summer and at least 80 million, mostly AstraZeneca doses were committed to other countries in June .

“…For every one shot, we have administered in this country to date, we are now donating three shots to other countries,” a senior administration official told reporters on a briefing call on Tuesday.

Officials re-iterated that American vaccine doses do not come with strings attached – a veiled reference to China particularly. The doses will be made in the U.S. and start being distributed in January; the U.S. will ship out 800 million vaccines between January and September next year, an official said.

Mr. Biden will also convene on Wednesday, a virtual global summit along the sidelines of the United Nations General Assembly (UNGA) session, focused on ending the COVID-19 pandemic. Heads of state, private sector, NGO and international organisation heads as well as philanthropic organisations have been invited to the event. The U.S. has urged leaders to deliver in three measurable areas, officials said.

These areas are: first, vaccinations , their equitable distribution and administration; second, access to oxygen supplies, PPE and tests and therapeutics; third, establishing health security financing mechanisms. The officials said they had sent a list of targets across these areas to summit participants and a set of asks. One of the targets involves countries committing to vaccinate 70% of their respective populations within a year from now.

The summit, expected to last almost four hours, will have four sessions, the first of which will be chaired by Mr. Biden. The U.S.’s UN Ambassador, Linda Thomas-Greenfield, UN Secretary General Antonio Guterres and World Health Organisation Director General Tedros Ghebreyesus will be among the participants , an official said. The officials did not provide a list of world leaders who would be participating in the event.