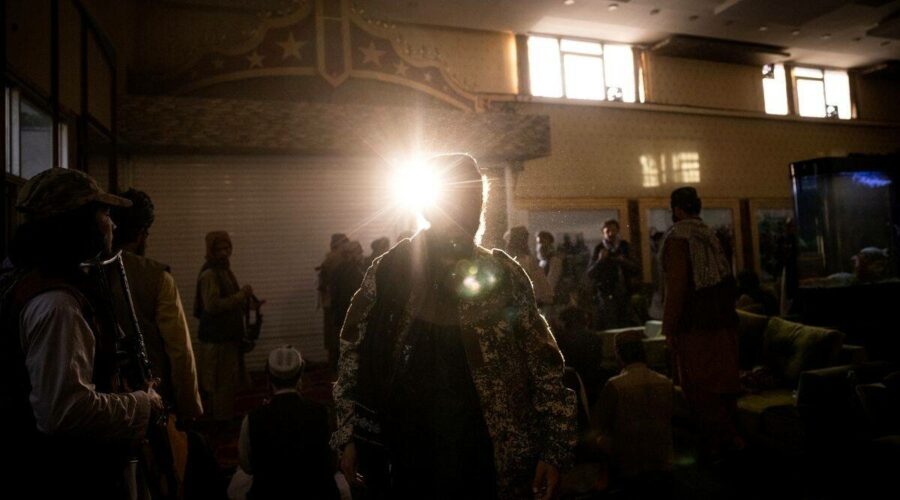 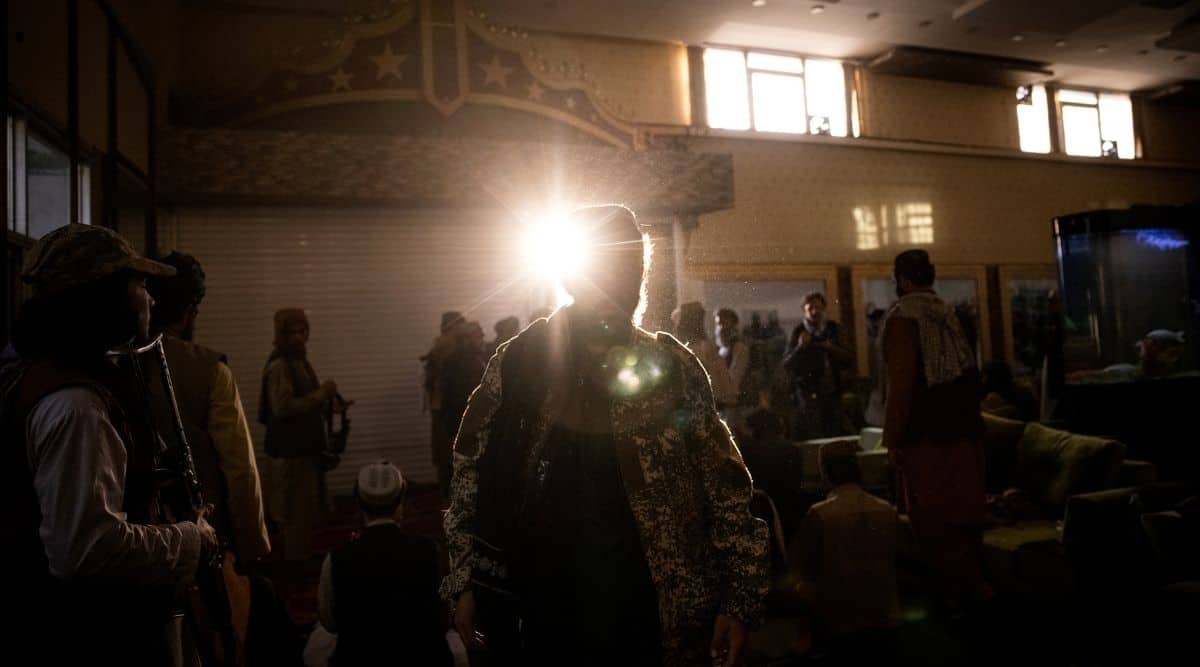 Only one day after the Taliban named an acting Cabinet to lead the nation they spent two decades trying to conquer, the dizzying challenges that accompanied victory were coming into sharp relief Wednesday.

The Taliban, who witnesses say crushed several small protests around the country Wednesday, have been rounding up scores of demonstrators and subjecting them to abuse in overcrowded jails, according to journalists who were present. The repression followed a Taliban announcement Tuesday that protests would not be allowed without government approval.

Several Afghan journalists said they had been arrested and beaten in custody while covering a protest Wednesday in front of a police station in Kabul — one of the first accounts of journalists being abused since the Taliban came into power.

Nemat, a videographer for Etilaat-e Roz, a local newspaper, said that he and his colleagues had just arrived in the street, where several dozen women were gathered with placards and a loudspeaker, when Taliban militants from the police station seized his camera and arrested him.

“I told them I was a journalist and showed them my ID card, but they accused me of organizing the protests,” Nemat said. “They took me into a room, tied my hands with a scarf and started beating me with a cable.”

Already facing international isolation, the Taliban are also struggling to deal with long-standing tensions on the Afghan-Pakistani border, where the Pakistani army has continued to shell suspected militant hideouts in recent days, according to Taliban and Pakistan officials. Sporadic mortar strikes in the rugged reaches of Kunar province in northeastern Afghanistan the past week have left at least four people injured, including a child, according to senior Taliban officials.

As complicated as the border tensions are — over the years, Pakistan has both supported the Taliban in Afghanistan and accused the Afghan government of giving safe haven to a Pakistani branch of the Taliban that they view as a direct threat — they are just one of the problems on the Taliban’s plate now that the group is in charge.

During its two-decade insurgency, the group exploited the mistrust of previous Afghan governments by the Afghan people, and it knows well the kind of issues that can ignite rebellions.

One former leader, Ashraf Ghani, the Afghan president who abruptly resigned in mid-August, is still trying to salvage his tattered reputation, releasing a statement Wednesday to deny that he stole millions of dollars before he fled Kabul in the hours before the capital fell.

He once again offered an apology, while saying his fate was the same fate of those who came before. “It is with deep and profound regret that my own chapter ended in similar tragedy to my predecessors — without ensuring stability and prosperity,” his statement said.

While the Taliban’s announcement of the new leadership Tuesday was meant to unify the movement and formalize the functioning of the government, it raised alarms in the West that the group’s earlier promises of inclusivity might prove empty.

The new Cabinet does not include any women; it was drawn largely from former leaders from the Taliban’s repressive regime of the 1990s. That reinforced concerns both at home and abroad that the group was returning to the excesses of the past.

Speaking at a news conference at the U.S. air base in Ramstein, Germany, Secretary of State Antony Blinken said that the new Taliban government “does not meet the test of inclusivity” and that it includes “people who have very challenging track records.”

Blinken noted that the Taliban had identified their newly chosen leaders as being part of a “caretaker” Cabinet, and he said any U.S. support for a final government will “have to be earned.”

The Taliban’s announcement did, however, receive cautious approval from Beijing. Wang Wenbin, a spokesperson for the Chinese foreign ministry, told reporters at a briefing Wednesday that China welcomed the new leadership.

“This has ended the more than three weeks of anarchy in Afghanistan and is a necessary step for Afghanistan’s restoration of domestic order and postwar reconstruction,” he said, according to a transcript posted by the Chinese Foreign Ministry.

He said that China urged the establishment of an “open and inclusive” government but that it respected the sovereignty, independence and territorial integrity of Afghanistan.

Inside the country, Afghanistan’s new leaders are confronting a host of immediate crises, including efforts by those opposed to their rule to ignite a national protest movement.

The Taliban have at times responded to demonstrations — even those that have been relatively small and led by women — with brute force.

On Tuesday, Zabiullah Mujahid, the acting deputy information and culture minister, said at a news conference that all protests had to be approved in advance by the Ministry of Justice.

“The current demonstrations are spontaneous, and some people are creating a riot,” he said. He told reporters they should not cover the protests because they are “illegal.”

Still, a day after the warning, protesters were once again taking to the streets.

The Taliban have not said how many demonstrators are in custody, but several local journalists painted a harrowing portrait of one local jail in Kabul.

When three colleagues of Nemat, the videographer detained Wednesday, went to the station to ask for his release, they, too, were taken into custody, they said.

“The barracks of the police station were full of prisoners,” said Aber, one of the reporters.

He said he saw a demonstrator who was covered in blood after being severely beaten, and witnessed Taliban fighters abusing prisoners. “They were mocking us and saying, ‘You want freedom? What freedom?’” he said.

The journalists from Etilaat-e Roz were released after several hours by a Taliban official, who they said warned them not to cover “illegal protests.”

A New York Times reporter who interviewed them witnessed extensive patterns of bruising on their bodies that appeared consistent with strikes from a cable or other blunt object.

“This is the first very serious incident involving journalists in Kabul, and if we don’t stand together, much worse things may happen,” said Zaki Daryabi, Etilaat-e Roz’s publisher. “We haven’t gotten any response from Taliban officials but would like to know how we can lodge a complaint.”

The Taliban did not respond to a request for comment on the detention and assault of journalists.

The new government is also struggling with a deepening humanitarian crisis.

Peter Maurer, president of the International Committee of the Red Cross, traveled to Afghanistan in recent days to meet with Taliban leadership and visit the organization’s facilities.

While there are signs of a return to normalcy, with shops open and people going about their daily routines, distress is evident everywhere.

Some people’s needs are narrow, if urgent; they are searching for missing family members or require urgent medical care. But many simply fear for the future.

“There is, at the present moment, still a trust deficit of major proportions in Afghan society,” Maurer said Wednesday.

Fear, he said, is pervasive.

“I was struck by the many new graveyards I have seen on the roadside,” Maurer said, testament to the intense fighting in recent months.

Afghanistan’s problems run so deep, have been so long-lasting and are so dire that it is the collective responsibility of the whole international community to offer assistance, he said.

Most international assistance, however, is likely to be tied to the Taliban’s ability to follow through on the promise not to offer a safe haven for international terrorists. That may be complicated by the jailbreaks that accompanied their lightning-quick conquest of the country.

As the Taliban moved toward the Afghan capital last month, inmates from a prison facility at the Bagram Airfield — about 30 miles north of Kabul — managed to flee with the help of supporters taking advantage of the chaos.

Maurer said the Red Cross was still working to “get our head around” just how many people are still being detained in the country, but he acknowledged that “a lot of prisoners” had escaped.